Every basketball hoop tells a story.

Whether it's a city park staple, a neighbor's driveway home court or mounted to a seemingly random utility pole, the hoops you'll find in practically every Portland neighborhood tell you a lot about the players who put up shots there: Trailblazer old heads mimicking Bill Walton, sometime-shooters who let nature take back the backboard, wannabe slam dunk champions who've had to replace a rim or two.

But no hoop stays up forever. A family might move away, or perhaps a rainstorm takes out a loose rim. Maybe the crew just doesn't get together to ball anymore.

It's part of the reason why photographer Grant Lemons and designer Phillip Nguyen have spent the last three years zigzagging across Portland, to document Rip City's makeshift hoops before they disappear. So far, the duo has photographed over 350 hoops around town, throwing the images up on their Instagram page. Many of them are gone. But every time a hoop falls, another one seems to pop up.

This fall, the project has come to a head with the publication of a coffee table book called Buckets, an eclectic collection of the best pick-up hot spots and private H-O-R-S-E hideaways they've photographed so far.

WW spoke to Lemons and Nguyen about the best hoops in Portland and the nostalgia of pickup basketball.

WW: How did this project get started?

Grant Lemons: I was running daily at the time, all over the city, and I started noticing more and more really unique hoops. The first one I photographed was just two blocks down from where I used to live on Southeast 24th and Ankeny—it's just this simple wood backboard mounted to an electrical pole with a red crate for a hoop, but it was all askew. Then there was this clean-cut hoop near Coca Cola North America, the syrup plant on 28th Avenue. I put them up just on my Instagram story. But soon after, I learned that Phillip had been doing the same thing on his own.

Phillip Nguyen: Grant reached out about combining our efforts and turning this into a passion project of sorts. We both love basketball, so attempting to show our city through this lens of its different neighborhood basketball hoops was perfect.

What makes for a memorable hoop in your eyes?

Lemons: That's definitely changed over the past couple years. When we first started, we didn't have an understanding of what was just a normal, cool hoop versus one that's really custom. I definitely gravitate towards ones that are handmade now. Being in Oregon, there are plenty that are in trees. Any that have something particularly off about them, like a super-oversized backboard or a smaller or strange rim—hoops that aren't perfect.

Did the scouting process change at all once you decided you were curating a book?

Nguyen: I definitely started to take new, longer routes whenever I walked somewhere just to put myself on different streets or in different neighborhoods. Eventually, we learned that we should skip over some of the more hilly areas if we're just walking around. It's common sense to us now, but the steep neighborhoods don't have a lot of hoops.

Lemons: One fun thing we did was build a Google map on the back end of this where we keep track of all the hoops we've run into. Over time, we've built up this small community of people that have an eye out for us and will send us coordinates for leads on interesting hoops. We have this digital map of over 350 hoops all plotted in different colors based on what neighborhood they're in, what's special about them, etc.

Which neighborhood has the coolest hoops?

Lemons: I'd say the eastside overall generally kills it. Southeast is the heaviest hitter.

Nguyen: On the westside, I like the hoops we find near the hills or near all the parks—they speak to nature a bit more, there's a lot of foliage.

You both have played a lot of basketball. Did checking these hoops bring back childhood memories of pickup ball?

Lemons: My parents live in the same house they've been in for like 30 years in Salem, a small house with a pretty normal basketball hoop. But growing up, that was the house where my friends would congregate, to hang out and hoop. So many foundational memories all around the hoop. For me, visiting new courts just reminds me of good times.

Nguyen: With a handful of hoops we've seen there are elements that definitely remind me of hoops from the past. Like this one in the book had electrical tape keeping the net attached to the rim. I definitely did that as a kid when the clips on my rim broke. It's like, wow, someone else had to do the exact same thing. Also, the cinder blocks thrown on the back of portable hoops so they don't fall over. We all grew up in different areas and played on different quality hoops, but there are these threads that connect everyone who has ever shot hoops at home or the local court. You can't help but get nostalgic for that.

All images by Grant Lemons. 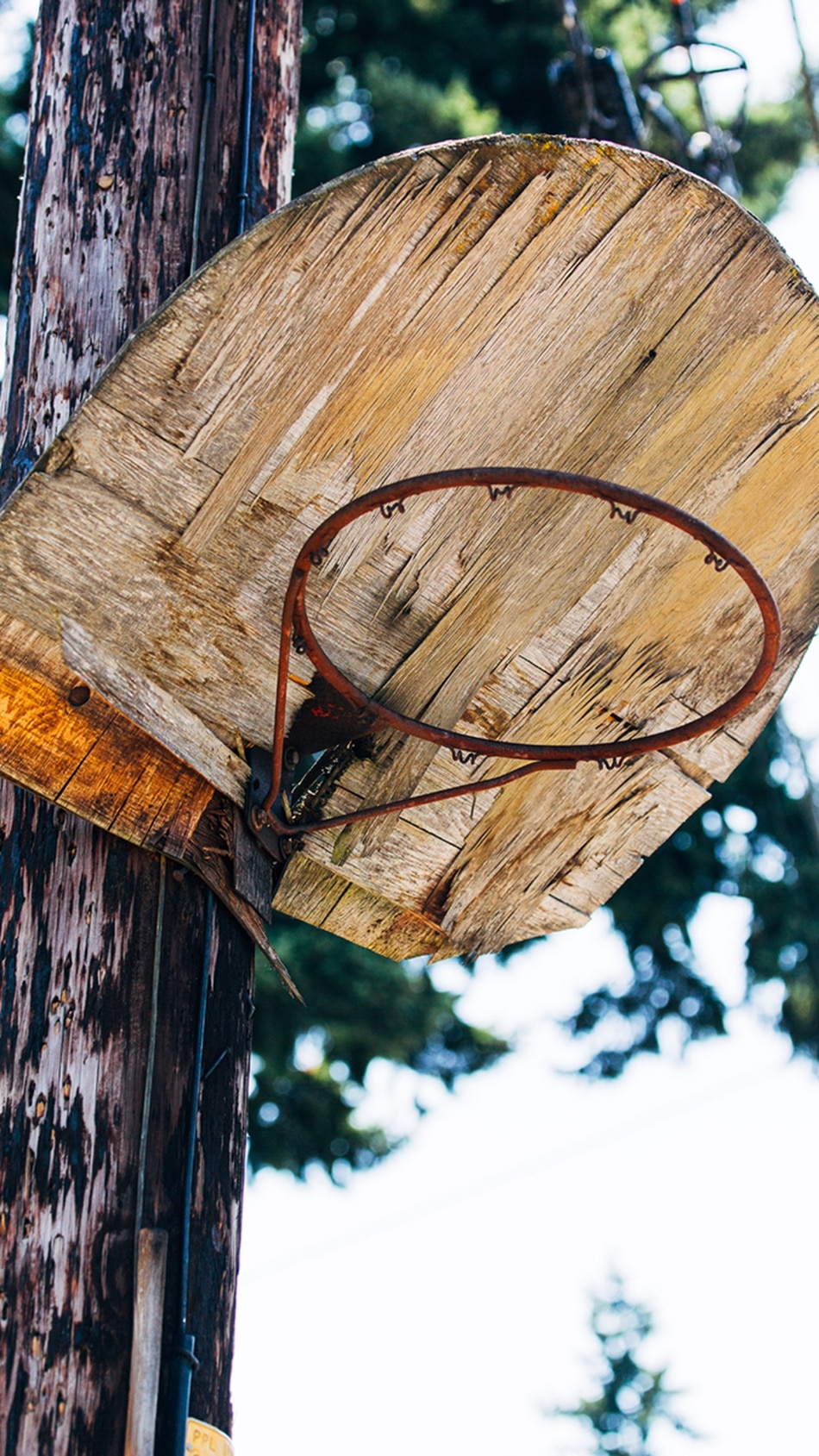 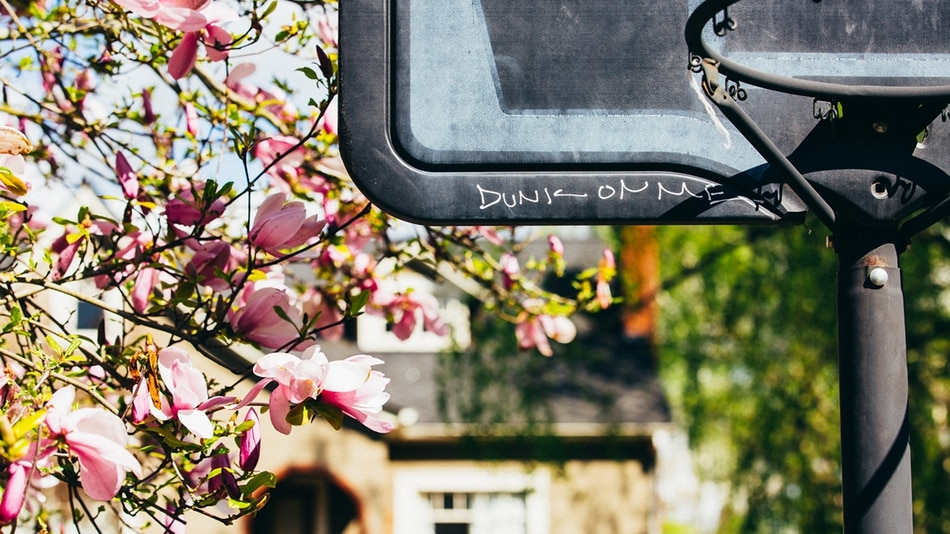 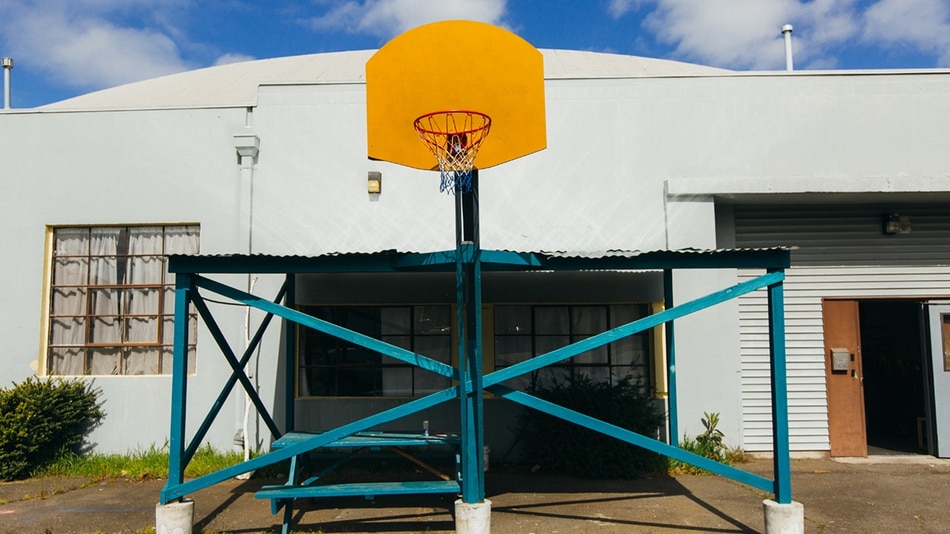 Hoop at N Interstate and Bryant.
7 of 7 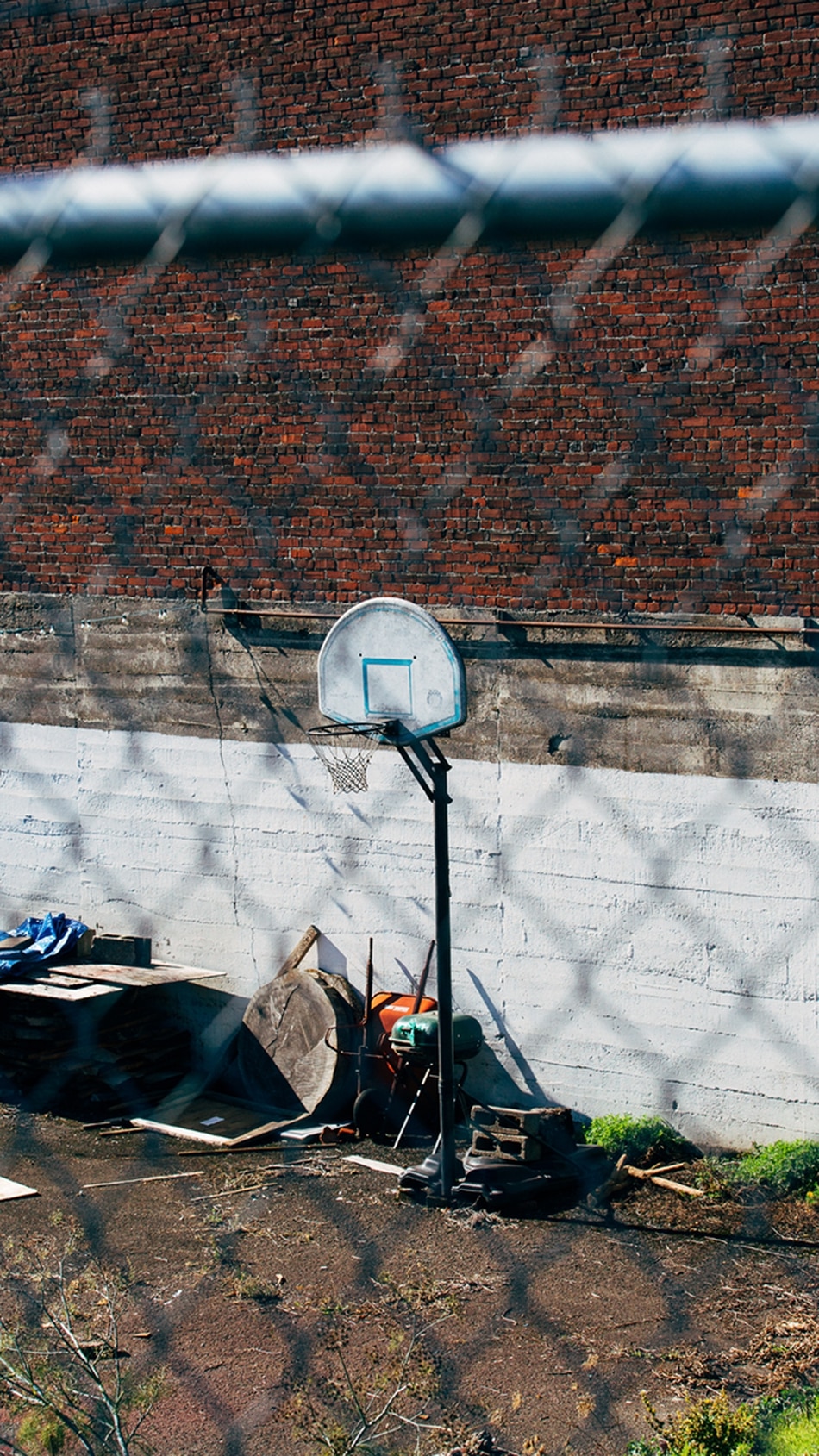 Hoop at N Interstate and Albina.

BUY IT: Buckets is available for preorder at bucketsbook.co. $55.

Sam Hill is a freelance journalist who has written for publications like Outside Magazine, Serious Eats, Eater and Boston Magazine.