Once, seven strangers were picked to live in a house in Portland to find out what happened when people stopped being nice and started being real. Mostly, they hung out at Splash Bar, where at least some staff members still remember them. ("Their place was a few blocks away," says one bouncer. "It was pretty accurate. There's probably worse things they could've shown.") Well, that bar has gone through a soft reboot, and is now Splash Bar & Brewing. It's basically every college town's vaguely tropical meat market—think for-display-only surfboards, Japanese fishing bobbers and a yellow hippie van with a snow-cone machine inside. The beer has drawn favorable reviews from such sources as the Brewpublic beer blog, but actually starts on the other side of the world, and gets shipped here as unfermented wort. ("Making the wort would take all kinds of special vents and stuff," says another staffer. "There's no room for that.") Once it arrives from New Zealand, Splash Bar's house beer gets local water, plus yeast and hops, and sits in big, steel tanks for a few weeks to become beer—a process cheaper than buying kegs of American macro lagers. It's just 15 feet from tank to tap, and once the beer has completed those last few inches of its transglobal journey, it's released unfiltered into the world from a whiteboard handle that bears its name in dry erase marker. The lager tastes like lavender soap and the American hefeweizen tastes like slightly sweeter Widmer. 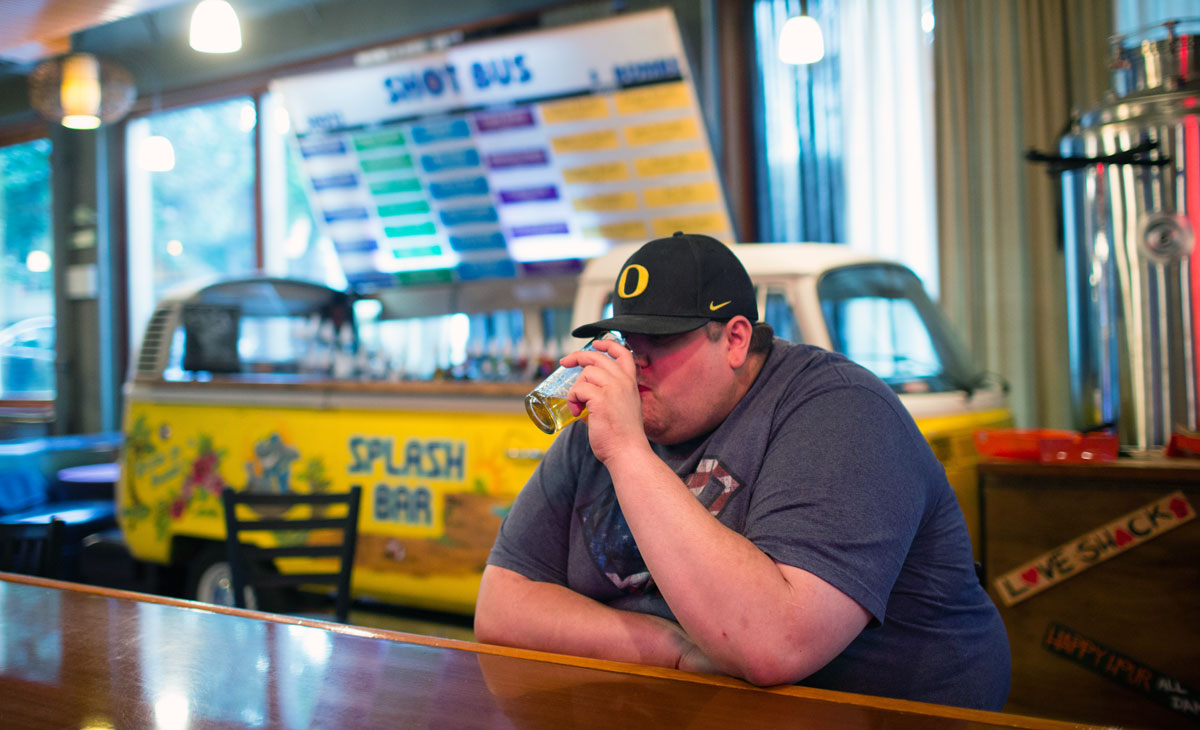 Drink This: Whatever you drink, do it at happy hour, when beers are just $1 per pint.