July 1, 2015 marked the legalization of recreational marijuana in Oregon. Now, everyone can legally grow up to four marijuana plants. This is the third year WW has grown pot on the roofs of the office.

When I was young I lived in a house with an attic that could only be accessed by a shoddy ladder.  Once you climbed to the top, there was a heavy wooden door that needed to be removed and carefully placed on a landing before lifting yourself up into the attic.
For years I had an anxiety about heights that stemmed from this attic and the ladder that occasionally held me.
When I interviewed to be an intern at WW, I was asked how I felt about weed. “uh…fine I guess, do you need someone to write about it?” I said.
“Not exactly,” we need somebody to water and take care of the weed on our rooftop,” they told me.
“Sure,” I can do that, “my mom’s a gardener,” I said, neglecting the fact that I never really helped garden much of anything.  They didn’t mention the wobbly ladder that was the primary means of getting to the rooftop to water the weed, so I think we’re even.
The ladder haunted my dreams.
Willamette Week surely must have a ladder budget, and I believe it is somewhere in the ballpark of $4. The ladder I used to get to the top of the roof is made with some kind of low-grade wood, studier than balsa wood, but only a little. The rungs of the ladder can hold, in my unprofessional opinion, maybe 80 pounds of intern. The bottom of each rung is reinforced with long screws, the kind you get for a dime at the hardware store. The rungs creak and bend, like an old gas station attendant, slowly ambling towards death.  “This is it,” I thought to myself the first time I climbed up the ladder, “you should have signed a waiver or something because your family won’t be able to pay the funeral costs associated with a tragic ladder/weed-watering accident.” Maybe it was an intern-only ladder test, designed to see if interns have the confidence to complain and ask for the “real ladder.”
The good news is that I wasn’t the only intern in the office. Dana, who sat next to me at the intern desk had a stubborn streak once he completely obliterated all the office rooftop weed in July. And, yes, I partly blamed the 100-degree weather, but it was also the classic gardening blunder of not watering down fertilizer that spelled certain doom for our beloved plants.
I asked him several times if he wanted help taking care of the weed.  He declined, saying it was his burden, that he felt like he had something to prove.
The good news is, thanks to the goodwill of some local weed growers, we have one beautiful plant, Dogwalker, that’s nearly ready for harvest.  It’s mostly green and fertilized correctly and looks like weed is supposed to look. Plus, since it started raining, I don’t really need to do much to the plant, other than a few suggestions I read in the comment section.  I just placed a plant tent over the plant to protect it from the harsh Portland weather and am hoping for the best.
My ladder woes are nearly over. 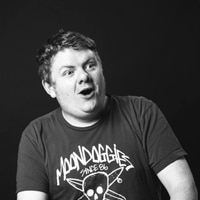