In recent years Portland has made it onto several of Travel + Leisure's best US cities lists. Outside of the magazine, we've racked up a crazy number of semi-factual superlatives.

Here are all the categories in which Portland received recognition for being so damn great, at least, according to the folks at T+L.

The Friendliest Cities in America 2016

Portlanders are some of the friendliest folks in the nation coming in at number 14 behind a batch of hospitable Southern cities. Actually, Travel + Leisure mentions a lot of cities in the South in general. Portland locals are known for being exceptionally chatty and quite helpful with recommendations for visitors. The city's slower paced lifestyle in conjunction with pedestrian friendly streets, boutique shops, and coffee houses help foster a more convivial atmosphere among its inhabitants. The friendliest? Nashville, who also made the top 10 for their good looks. Portland did not place in the category of Most and Least Attractive People.

According to respondents, Portland is the 3rd geekiest city in the US following only Madison, Wis. and Providence, R.I., the geekiest city in the country. With its vibrant tech industry, college campuses, bookstores, and the annual ComiCon festival, Portland is a safe haven for geeks all stripes. Where else can you see techies, cosplayers, steampunks, and juggalos all crammed onto the same streetcar?

The survey included over 65 categories including: affordability, restaurants, and public parks. Readers ranked Portland at number 15 with its walkable streets rich with people watching. Number one went to Buffalo, New York for its affordability and "surprising, high-end dining." Okay.

Portland currently leads the nation in T+L's list of the best coffee cities beating out Seattle at number two. Portland's Stumptown Coffee Roasters has gained a massive following attracting coffee lovers from all over the country. Stumptown plans to expand outside of Oregon as well. 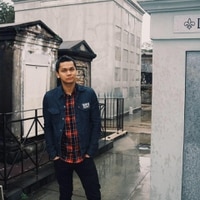 Jason is a California native and recent graduate of Portland State University. He enjoys live music, biking, and Portland nightlife. He is passionate about social justice, travel, and exploring the beautiful Pacific Northwest.