His hand-painted tribute to the Bosnian Beast that wouldn’t look out of place on a death metal band’s merch table.

When Nathan DeVaughn first tried to break into the Portland streetwear scene, the biggest piece of advice he got was to get his stuff on “influencers,” those fashionable young movers with millions of Instagram followers who can make a brand blow up with a single post.

He did one better—he got his stuff on some Blazers.

Before that happened, DeVaughn, who came to Oregon from Minneapolis to attend the University of Portland, was desperate to find a graphic design job. He had the illustration skills, honed in his youth by drawing and selling his own homemade comic books, but that’s not exactly the kind of thing you can put on a résumé.

“I still wanted to get this job and build a portfolio,” says DeVaughn, 25, “so I figured I’d create this the only way I knew how, which was through painting.”

He began designing customized apparel, hand-painting directly onto the garments, under the name Devocustoms (@devocustoms). With an assist from Marcus Harvey of Portland Gear, DeVaughn landed his first high-profile client: Blazers swingman Jake Layman. That eventually led him to a bigger name—CJ McCollum.

DeVaughn made four jackets for McCollum, and kept in touch about doing more. And when Jusuf Nurkic went down with a gruesome leg injury, he knew exactly what to do next.

He designed a jagged, dripping tribute to the Bosnian Beast that wouldn’t look out of place on a death metal band’s merch table. McCollum was thrilled. Still, given the shooting guard’s penchant for suits, DeVaughn didn’t expect him to wear it to a game.

“Game 4 of the Nuggets series, he breaks it out,” he says, “and my phone vibrated all night.”

Nurkic immediately wanted one of his own. DeVaughn stayed up all night as soon as requests came in, illustrating the entire team comic-book style—but the sleeves turned out too short. Instead, he pivoted to an image of McCollum seated on the Iron Throne. That one went viral. 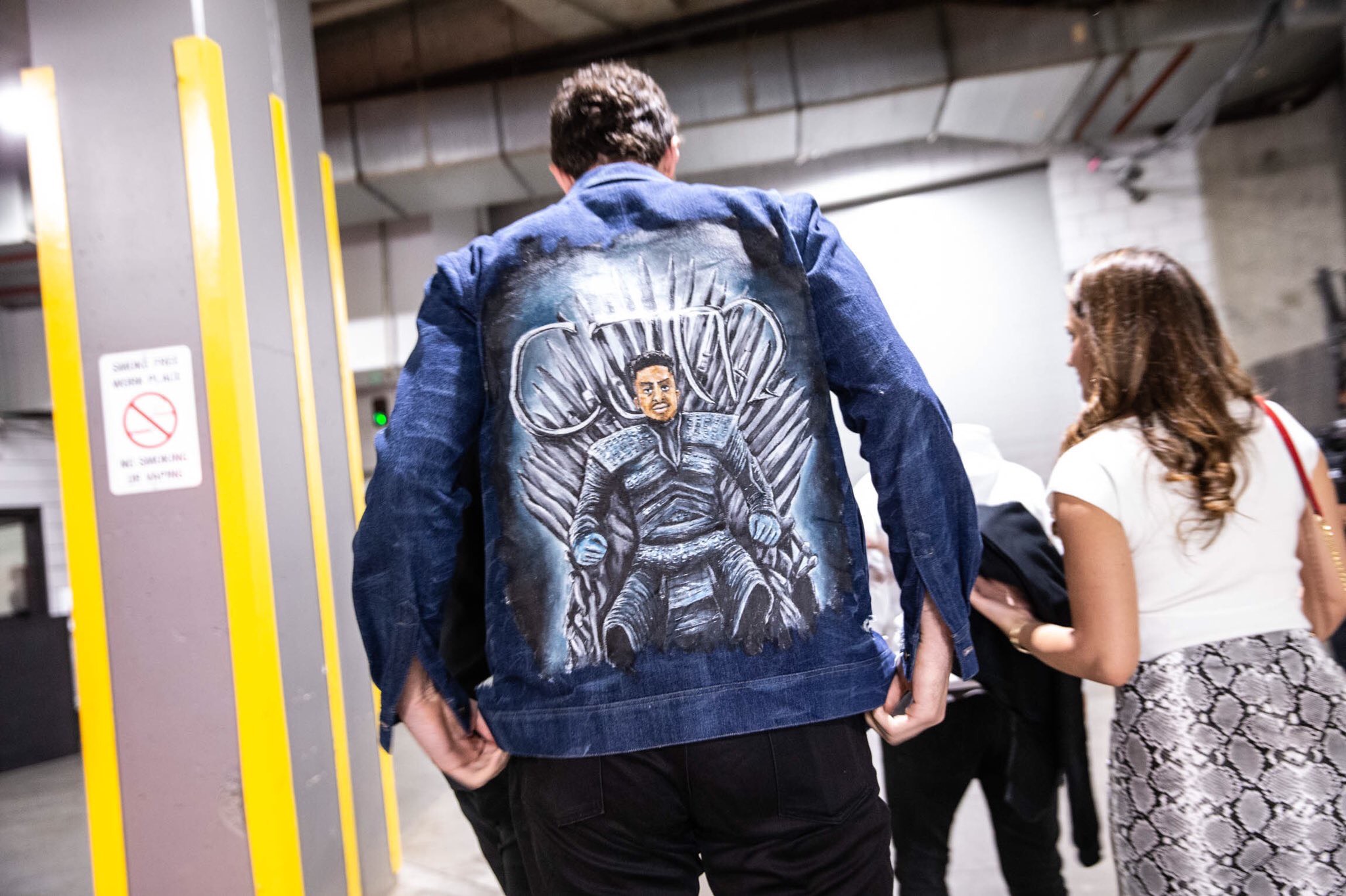 “I’m almost glad I made the second one,” DeVaughn says, “because the story was really strong.”