For a half-century, the simple "choose your own adventure" game about an Oregon-bound family traveling by covered wagon to the great Western frontier in 1848 has remained a cultural touchstone for Oregonians—never mind that the Oregon Territory only appears at the end of the game. Aside from being the most famous game to prominently feature the Beaver State, it is easily the most famous educational game ever. Also, few phrases in the history of gaming are as iconic as "You have died of dysentery."

Sierra On-Line's attempt to dethrone '90s adventure juggernaut Myst took the Oregon Coast for a setting and laced it with Lovecraftian surrealism. Its rendering of the coastline is intriguing, but today it has fallen into obscurity and is more of a historical oddity than anything.

Bethesda Softworks' smash hit series is mostly known today for its third and fourth sequels, but the original two games were masterpieces of their time. Fallout 2, in particular, is held up by many gamers as one of the best examples of the classic role-playing game. It takes place in 2241, a century and a half after a devastating nuclear war. Players explore a wasteland situated mostly in California desert that also edges into Southern Oregon's Klamath region. Its Mad Max-inspired visual trappings are mixed with 1950s Americana, as propagandistic as it is colorful.

Portland-based developer Fullbright made what The New York Times deemed "the greatest video game love story ever told," and the company did it entirely within the confines of a rural Oregon home, circa 1995. Players control Katie Greenbriar as she returns from an overseas trip to the house she grew up in, only to find it mysteriously empty. For Oregonians, stepping through the door of the Greenbriar home, as rain patters on the window and old punk music plays in the background, will feel eerily familiar.

An episodic adventure game set in a fictional Oregon Coast town called Arcadia Bay, it's an idealized amalgamation of numerous seaside fishing villages in all their gray, rainy glory. The developers, based in Paris, chose the region to convey a "nostalgic and autumnal feel," but the game's script bears the stylistic signatures of an older French crowd, resulting in something of  a theme park ride that bears only a surface resemblance to the real Oregon.

This one really is what it says on the tin. Players drive trucks, and they do it in America. The most interesting thing about Truck Simulator is its 1:20 scale version of the Western United States, including Oregon. The game doesn't take much artistic license—the world is rendered quite naturalistically. But if you've ever wanted to glide through traffic on Interstate 5 with 2 tons of lumber in tow, this is the game for you.

Two Computer Geeks From Portland Unleashed the Viral Video Game of the Year. Here's What They're Doing Next.

SuperGenius Is a Small Company With Big Clients. Just Don't Ask About Them.

A Tour of Post-Apocalyptic Oregon in "Days Gone," the State's Biggest Video Game Release Yet

Nina Freeman Has Been Called "the Punk Poet of Gaming." But That Doesn't Mean She Doesn't Like to Shoot Things.

A Brief History of Oregon in Video Games 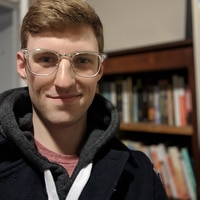 lighthouse: the dark being