Emma McIlroy knows a little something about building a movement.

When she founded Wildfang in 2013, she knew she wanted not only to create menswear styles fit for women, but a home for badass women everywhere. "People call us political, but I see us as supporting human rights," says McIlroy. "I don't feel like its political anymore, when you start locking kids in cages. If you have a platform, brand and fanbase, and you're not taking a stance on this stuff, that's when you're not giving back."

For McIlroy, giving back is a way of life. It is in the very bones of her being (and, obviously, her brand). So how do we draw inspiration from this? What does "giving back" look like on a daily basis for the average person, for a brand, for the city of Portland altogether?

Emma McIlroy challenges us to redefine these two words with her.

G!G: Growing up, who or what in your life made you start to think about giving back to the community?

Emma McIlroy: For me, it was privilege. I have bucket loads of it. So many people put time and energy into me to get me here, whether that was my parents, brother, investors, mentors. I'm really privileged to be in the position I am, and with privilege comes responsibility. I got here with a bunch of luck, a bunch of other people, and I'm really aware of that.

My partner, Sarah, and I were having a conversation recently about high school and the early days of Wildfang. She grew up very femme in Arizona, with a classic, massive, bitchy high school. She never thought she was skinny enough — even though she's tiny. A fairly classic female high school story. I grew up playing international sports, wanting to be more ripped — essentially this epic privilege of not realizing the constraints that were around my gender. Now I understand what other women were faced with, how they were oppressed on their journeys. And it only gets worse when you add women of color or queer to the picture. There's a real responsibility for me, because of the privilege I had growing up and the way I was raised. I consider myself to be super-lucky.

What philanthropic contribution are you most proud of?

The last $100,000 we raised for the We're Not Going Back campaign. I am proud of this campaign because not only do we say the word "abortion," we offer [our customers] the ability to buy another woman's abortion. I can't imagine anything more beautiful. One out of 3 women who visit that clinic have traveled more than 350 miles by public transport — and when they get there, not only do they have to listen to all the bullshit about killing a baby, they have to see the same doctor within a three-day period. That means they have to go home, because they most likely already have kids, and then come back. On top of that, the doctors are only there for one week at a time because they have to be flown in from another state due to the level of hostility they face. If you see a doctor on a Friday, you're screwed. That doctor might not be back for three weeks.
Can you imagine getting into the clinic, wanting the abortion, already having two kids you can't afford, and realizing you also can't afford the cost of the abortion, but then someone says, "You're good — someone in Oregon paid for your abortion." That is like the most special thing a woman can do for another woman. So far, Wildfang has funded 46 abortions.

When we were considering whether or not to move forward with this campaign, I pulled the team together to ask their opinion. I said, "I won't be the one in the store if some crazy comes in. I want you to know why this is important to me, but I need you all to be on board. If you're uncomfortable with it, just email me and tell me. If we get just one email, we won't move forward." One hundred percent of our employees emailed me and said we should do it.

The first time I spoke to the clinic, I left in tears. The first question they asked was "Why are you doing this? You live in Portland. Why are you in South Dakota? Why do you care about us?" and I had this moment like, "If I don't give a shit about the women in South Dakota, we have a much bigger problem." That's what feminism is supposed to be.

We loved watching what you did with the "I Really Care, Don't U" jacket and how quickly you made it happen. What was it like to do that in that amount of time?

We got it live in four hours. We had a blank military jacket and [decided to] throw a screenprint on the back and give all the money to the Refugee and Immigrant Center for Education and Legal Services, or RAICES. My team already had plenty to do that week. I went to a panel at the Women's Resource Center of Portland State University, and by the time I came out of the meeting, the team had managed to get it online. We put 100 jackets up at $100 each (giving all the profit away), and by the time I drove home, it was sold out. We lost money on that, but it went viral. In six days, we earned over a quarter million [overall] for RAICES.

Which community in Portland is in the greatest need of support?

I will say Oregon is a very racist place. Anything we can do to continue to lift up communities of color from an economic perspective, making sure they can afford housing. Stephen Green and Rukaiyah Adams have done such amazing work in the city around this problem. We have to realize there is a lot of potential we are not utilizing. Funding [POC-owned] businesses, giving them opportunities. Portland still has some serious racial issues.

Give!Guide's focus is on monetary giving, which can sometimes be a challenge for young people. So how would you recommend young Portlanders be good citizens?

I won't put on an event unless it's diverse and inclusive. If you're putting on panels, forums, discussions, are they representative and inclusive, do they create safe spaces for people in the room? When you've got the opportunity to represent, take advantage of it — from the staff you hire, who you chose to give back to, the fliers you print, to the experience you create for your customers. Are you training your staff on gender identity expression? On diversity? Are those annual workshops you're doing? If not, you're not creating a safe space.

Connect with some of Portland's most impactful non-profits at giveguide.org. 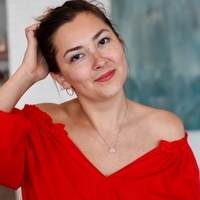 Jyssica Yelas is a style writer and social media strategist who believes in cat cafes, sustainable fashion and a more colorful Portland. She usually has a pair of circular glasses and her cell phone handy, but would love some advice on keeping her bromeliad alive.