Portland had every right to feel like shit on Saturday, the day after a neo-Nazi butchered two people in plain sight aboard the MAX for standing up to blatant racism. The Rose Festival was to be a place of amusement, as it has been for generations, but it felt more like a necessary distraction, and a fragile one at that. Even the bands that played Waterfront Park as part of What Was Sound—a new, single-day music fest put on by Sub Rosa Curation—seemed to be in a bit of a funk.

An eclectic smattering of bands rounded out the bill, from alt-country act the Fruit Bats to Bed, Portland's foremost slow-fi trio. They played before the occasional waving crowd aboard the Portland Spirit and a scattered mass of curious onlookers at the waterfront, bookended by Salmon Street Springs and the giant, watchful eye of a distant ferris wheel.

Loop-loving post-rock band El Ten Eleven offered some organic grooves. "We have no hidden laptops," the duo proudly proclaimed, building ultra rhythmic, guitar-heavy, Pinback-like riffs out of drums, guitar and an infantry of pedals. The L.A. band's pulse was spot-on but the demands that sitting crowd members get on their feet, combined with the cheesiness of taking drum sticks to the neck of a guitar, felt tired.

Psych-folk masters Woods played primarily from its mostly acoustic post-election EP, Love Is Love EP. While a quiet set, the sentiment of inclusion and tolerance was much appreciated. Frontman Jeremy Earl's vocals floated at their typical helium-high range while busy trumpet and percussion work added jazzy depth to Woods' heady sound. A gentle play of "Lost In The Crowd" soothed with its spiraling keys and linear guitar work but belied a band that is usually more plugged-in and distorted.

They stretched out the already lengthy "Sun City Creeps," a bubbling track that seems to catch fire and put itself out multiple times. The Brooklyn act is not responsible for a single bad release in its decade-plus career, but the five-piece seemed pensive here. For an act used to playing shows where experimentalism is expected, appeating at the Rose Festival was surely a shift. Much to Woods' credit, they issued a compliment to the resident hacky-sack circle for having nailed a jester mid-set.

Headlining the night, and offering far and away the most energy, was DIIV. The crowd remained fairly small, but enjoyed the quartet's lively performance. DIIV's bread and butter is its gauzy guitar-speak, built from fluid hooks and breathy vocals. An all-in rendition of "Under The Sun" and a cascading take on "Dopamine," a rubbery dream-rock track that gives you sea legs, made strong cases for DIIV's top billing.

What Was Sound's concept is a good one and perhaps it will integrate better in the future. But at the moment, throwing a bunch of indie bands in a separate section of a generally older, family-driven festival feels a bit like meddling. 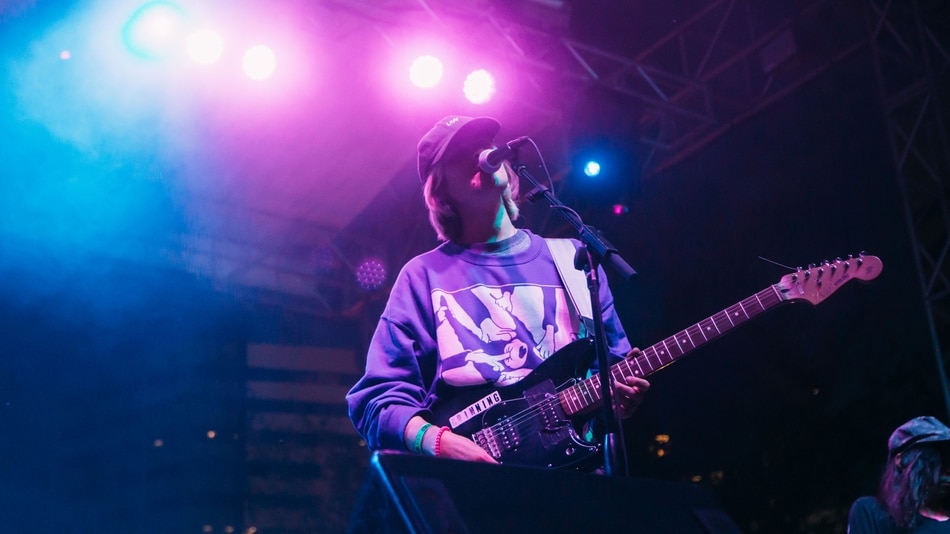 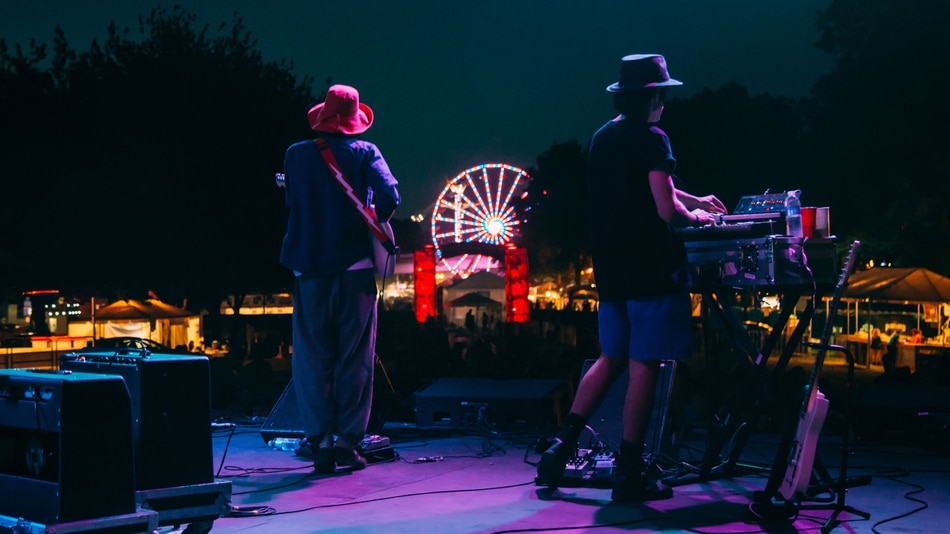 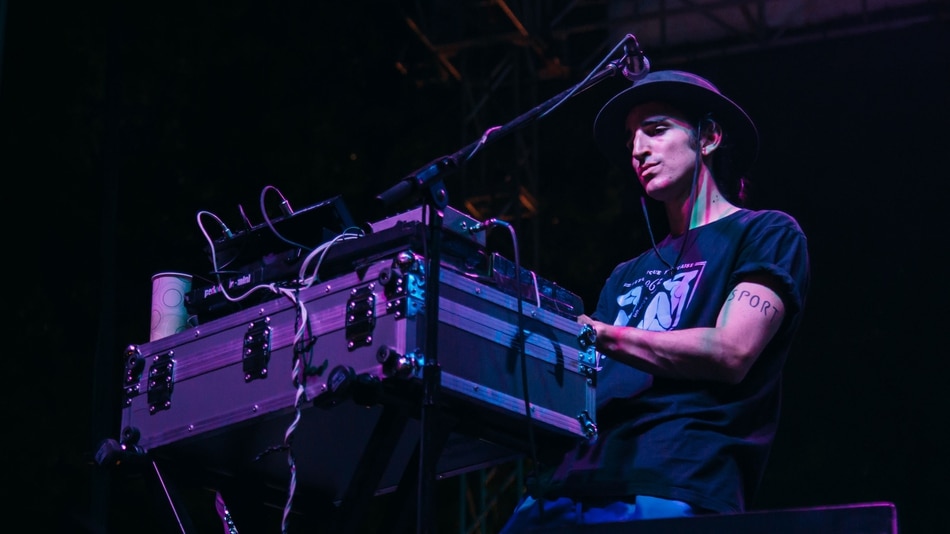 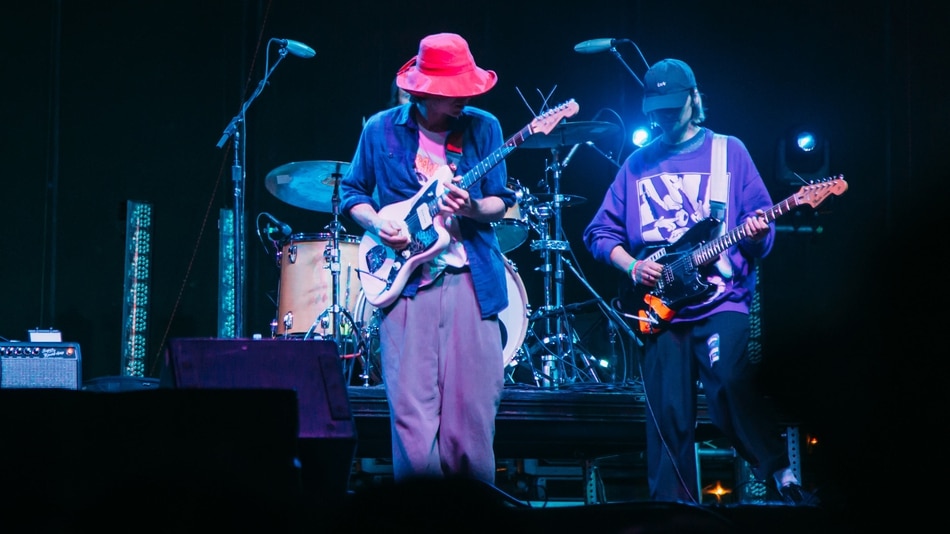 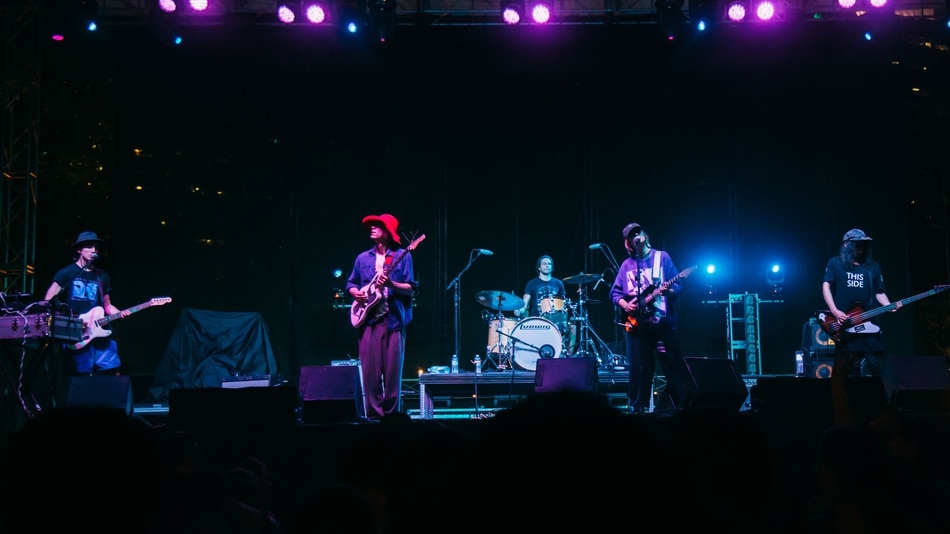 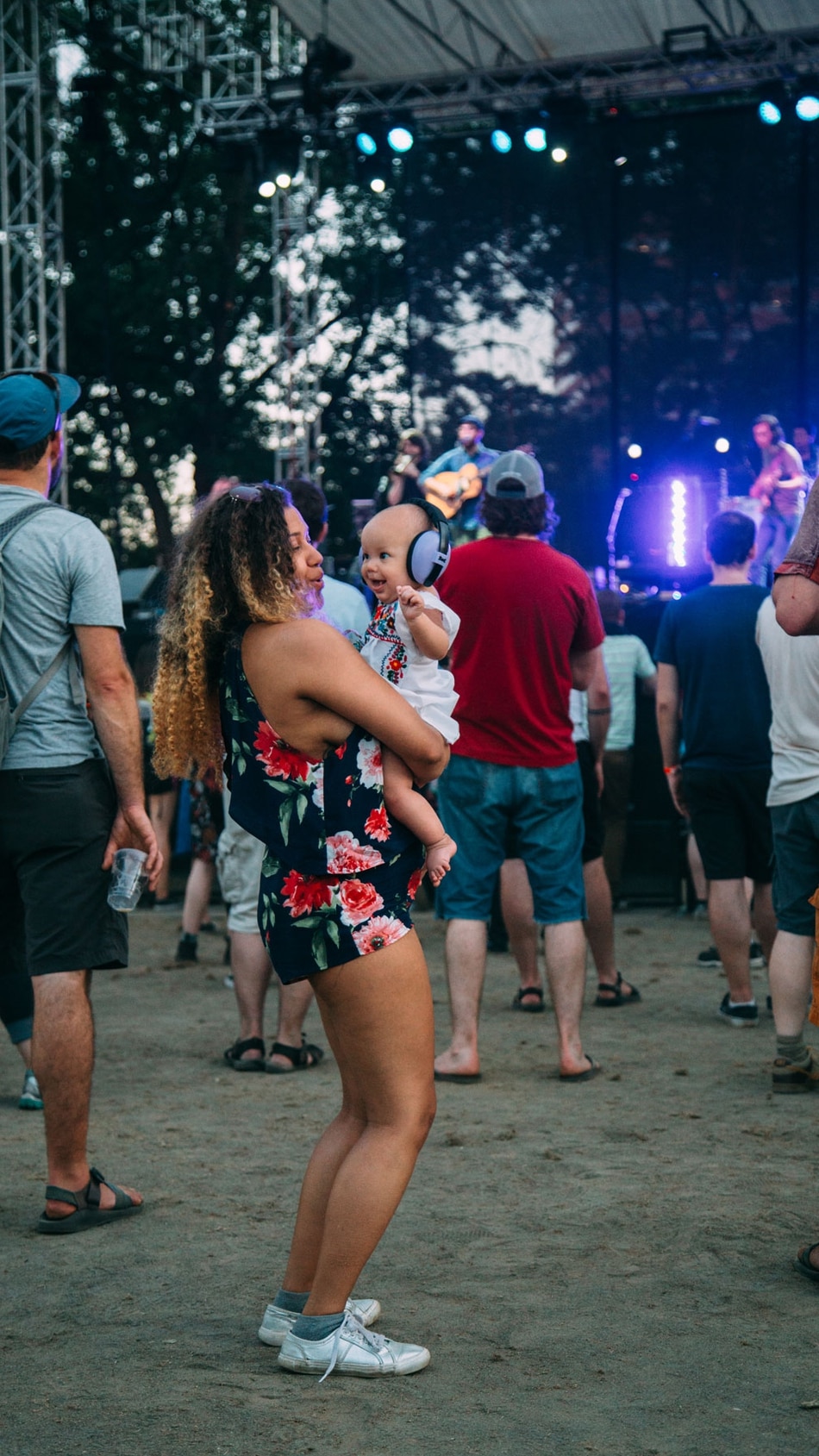 Woods at What Was Sound. IMAGE: Henry Cromett.
9 of 11 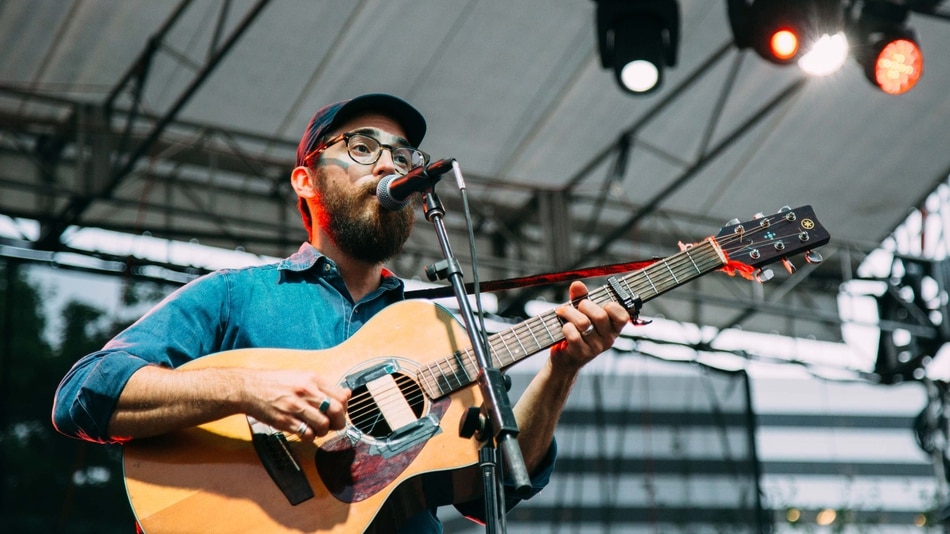 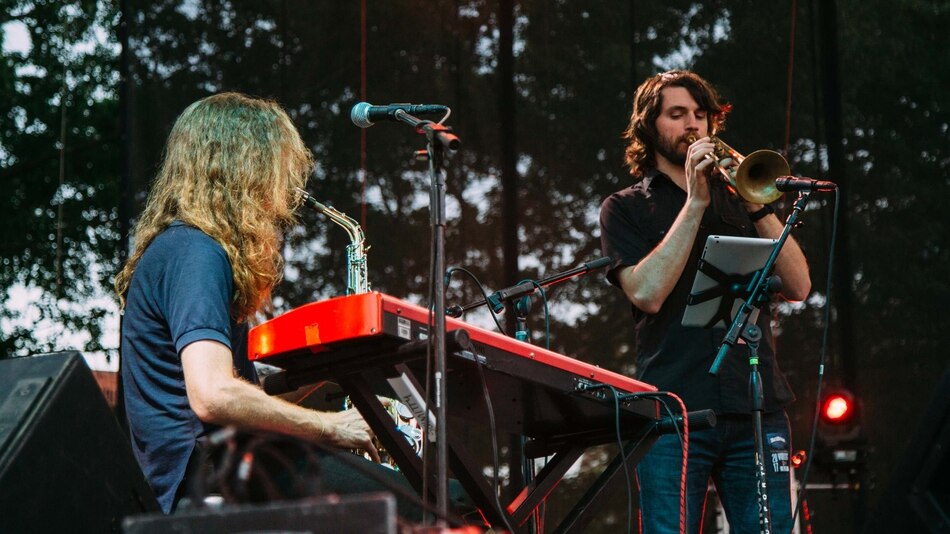 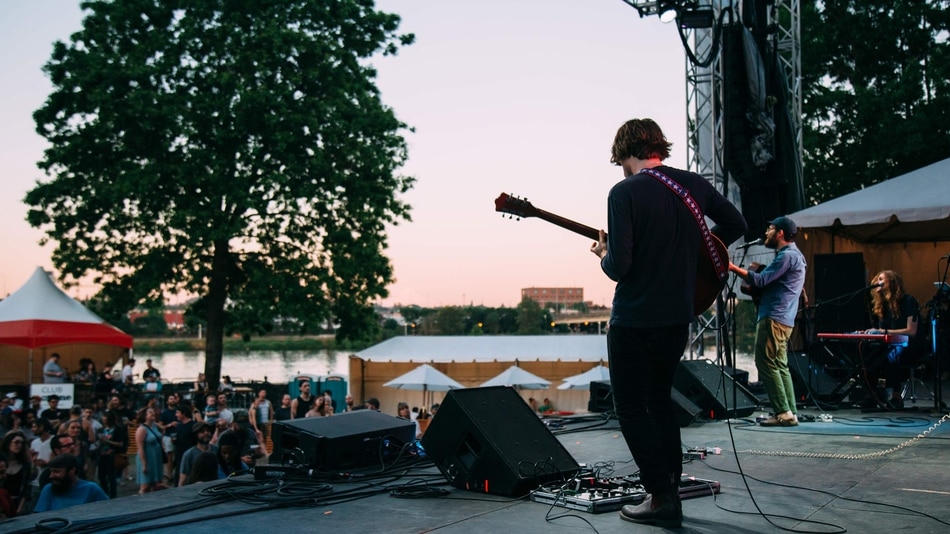 Woods at What Was Sound. IMAGE: Henry Cromett.

Mark Stock is a Gonzaga Journalism grad from Portland. He's obsessed with Montana, makes wine for Vista Hills Vineyard in Dayton and his favorite band is probably Icelandic.