Before Amenta Abioto, Sage Fischer and Maxx Katz wrote a score to Night of the Living Dead, they weren't exactly fans of the movie. In fact, none of the three composers had even seen it.

Nonetheless, they all signed on to the project and agreed to each compose one-third of a new score to the 1968 zombie flick that started them all—Abioto wrote the beginning, Katz wrote the middle section, and Fischer wrote the final third.

As a solo artist, Abioto's primary instrument is her voice, which she loops into rhythmic walls of sound. Katz is a dirge-metal flautist. Fischer is an ambient harpist. This week, their score will be performed by the 12-piece Portland Jazz Composers Ensemble at a screening of the movie. Unsurprisingly, the compositions sound nothing like a canonical horror movie score.

At least for some of the composers, the divergence from traditional was intentional. "[The movie] shouldn't be taken seriously. It should in a way, like people need to know that yeah, people used to think like that, people still do think like that," says Abioto. "So to bring it out of 'These are made by elite filmmakers, this is a classic film'—you know what? No."

WW talked to the three musicians about how their scores wrap the script, and assembled a scene-by-scene guide to their collective work.

6:24 Barbra is chased by the first zombie.

For Abioto, Night of the Living Dead doesn't exactly begin on a high note. Barbara (Judith O'Dea) and her brother encounter a zombie in a graveyard. The zombie kills her brother, and Barbara frantically flees. "When Barbara wasn't fighting, that really bothered me," says Abioto. "I wouldn't run away from my siblings if they were being attacked by a zombie. He got his head bumped, he's not dead yet. There's still hope—try to get this man. So there was that thing—women save themselves or they can't help themselves, those types of ideas." Since she couldn't rewrite the scene, Abioto decided to use her score to poke some fun at it. She composed a tense, fast piano interlude that loosely recalls a video game soundtrack. "Kind of removing it from the film in that way," she says, "you can see a film for what it really is sometimes, just taking it out of its own world."

Eventually, Barbra takes refuge at a farmhouse, where she meets Ben (Duane Jones), who has also fled the zombie horde. Abioto wanted to create a shared sense of curiosity between the two characters with uneasy, swelling horns. That sense of curiosity isn't exactly apparent in the script, though. "There wasn't really intimate interactions between those two characters," says Abioto. "If you're going through something as traumatic as zombie things, there should have been some kind of intimate connection, and there wasn't, which I didn't really like, [and] which goes back to themes of racism, like people can't intermingle and like each other and stuff."

Eventually, Ben and Barbra get into an argument over how to survive the invasion of the walking dead. She slaps him, then he punches her. She passes out. To Abioto, it’s one of the movie’s lowest moments. “That’s unnecessary violence, first of all,” she says. “Slap strangers and stuff? No.” Abioto underscored the intensity of the moment with an interlude that’s guitar-heavy and blues rock-influenced. “Which, I don’t know,” she says, “maybe the filmmakers weren’t [imagining].” 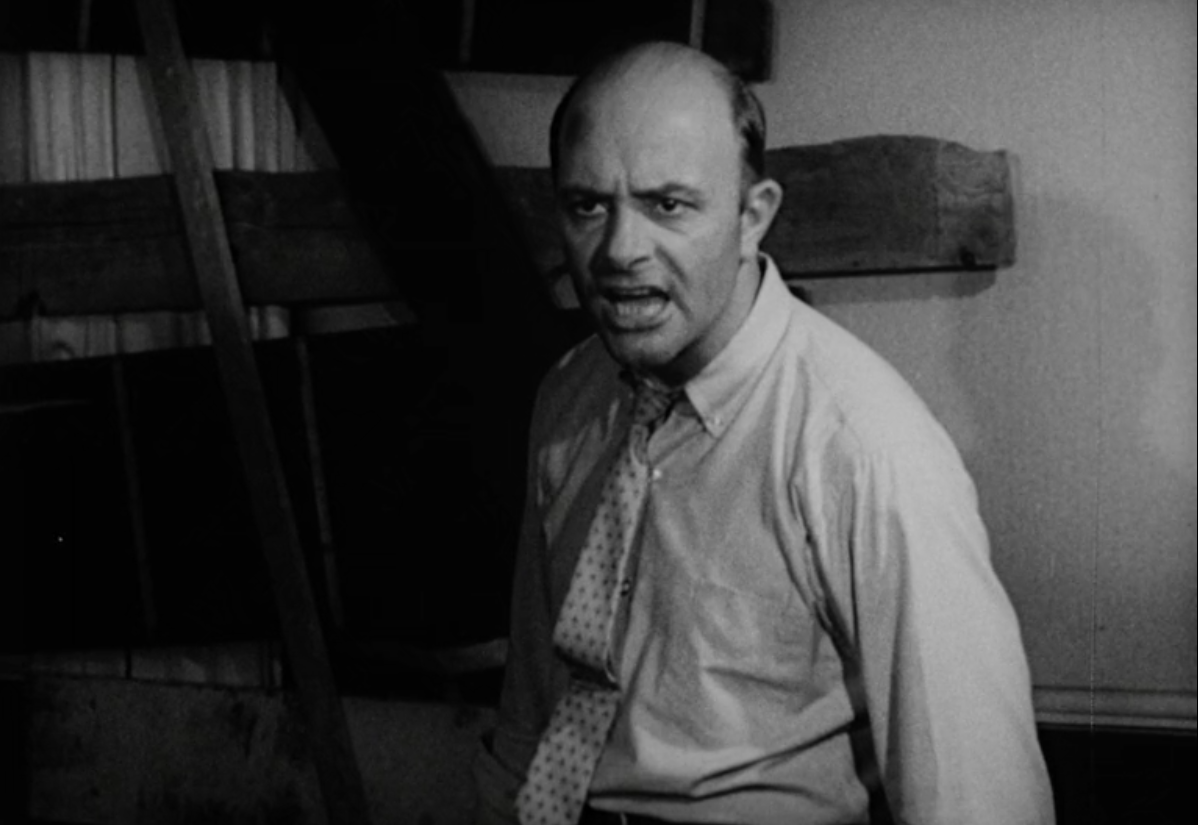 Katz's section of the score doesn't exactly criticize Night of the Living Dead, but it's definitely not a straightforward interpretation. "There's so much arguing in my section," she says. "To me it's like an '80s sitcom gone bad, because it's all in one apartment, essentially." Katz's sitcom analogy is most evident when the movie introduces Harry Cooper (Karl Hardman), who has been hiding in the basement with his wife and daughter while Ben fought off zombies and boarded up the house. When Cooper peeks his head through the cellar door, Katz's score is a mashup of a theme from an '80s sitcom (Katz won't say which) over a metal riff. "So it's got the charged aspect and the friendly aspect," she explains. "One reason that [zombies] look so threatening is because they do present as humans, but at the same time, you have to have really solid barriers against them for obvious flesh-eating reasons."

After several arguments about survival strategies, Night of the Living Dead becomes a total bloodbath in its last 30 minutes. Fischer's section of the score begins with one of the most horrific scenes in the movie—two characters who had been hiding in the house with Ben and Barbara attempt to venture outside past the zombies to a getaway car. The car catches fire, and then there's about a minutes worth of close-ups of ghouls gorging on scorched flesh and organs. "I was thinking about how to make it even scarier, kind of enhance the creep factor," says Fischer. When the characters go outside, the score devolves into an ambient hellscape that's devoid of any graspable melody.

The final scene in the movie is one of the few melodic moments in Fischer's score. "That one just really stands out as heavy," she says. After surviving the zombie apocalypse, Ben is shot and killed by the sheriff's posse. Fischer's score ends with a flood of dirgy melancholia. It might not be despondent in the style of a 1960s B-movie, but the sense of unresolved, existential dread is entirely true to the movie. "The very last scene in the movie is probably the scariest," says Fischer. "And it has nothing to do with zombies."

Night of the Living Dead