Though Alice Coltrane and Carlos Santana’s 1974 joint album Illuminations clocks in at just over half an hour, it runs through an emotional spectrum as sweeping as any jazz album you’re likely to hear. Coltrane’s strings begin beatifically before slowly souring, and Santana’s florets of guitar sound perpetually in mid-bloom. The centerpiece is the nearly side-long “Angel of Sunlight,” one of the best examples of Coltrane’s performance on the Wurlitzer organ.

The post-punk bands of the ’70s often seemed to draw their lyrics from university lectures, but Dry Cleaning one-ups them by hiring an actual lecturer as their singer. New Long Leg posits Florence Shaw as rock’s next great bearer of gibberish, and throughout its 41 minutes, she toggles between relatables (“do everything, feel nothing”) to non sequiturs (a bouncing ball’s journey around the world) while maintaining a consistent British monotone and a creeping distrust of modern life’s (in)conveniences.

In the same way that there is a fine distinction between smut and erotica, there are chill beats and there’s instrumental hip-hop. Portland producer Roane Namuh’s Luvbalm is decidedly the latter. A sprawling, double-sided cassette bursting with jazz guitar, squirmy synth leads, and layers of congas, the music harks back to the early Brainfeeder days, when producers approached beat music through the lens of spiritual jazz, challenging funk, and smooth soul.

Irish artist Artificial Memory Trace has spent more than a decade making rich, tactile sound collages out of field recordings. His most interesting experiment might be 2011′s Boto/Encantado, made from the layered calls of Amazon river dolphins. But this is no New Age whale-song cassette, and the grunts and squeaks and splashes that make up most of Boto remind us that even the most dignified members of the animal kingdom still love to copulate and splash around in the mud. 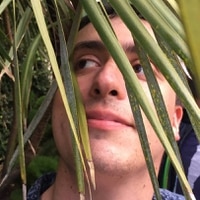