Outraged parents including activist Kim Sordyl are circulating the memo, written on PPS letterhead in March. It lists the approved radio stations bus drivers can play transport kids around town. The approved stations include only those three types of music.

"This list excludes any radio stations that may be in any way offensive to any student riding a PPS bus," writes Teri Brady, PPS director of PPS's student transportation. "The stations that are deemed inappropriate include any religious, rap music or talk shows,"

PPS has not responded to WW's questions asking why the memo was sent. But parents are already outraged at what they describe as racism by the district.

"PPS has a spent a lot of taxpayer dollars on a PR show of equity," writes parent activist Kim Sordyl in an email sent Tuesday to Board Member Amy Kohnstamm, calling the radio-station list "racist."

Portland Public Schools spokeswoman Courtney Westling says in a statement the district will revise "its guidance" on music.

"We regret the way this was communicated. Our intent is to limit student exposure to religious teachings, profanity and violent lyrics. The transportation department will be revising its guidance to bus drivers shortly to be more inclusive of different genres of music."

Here is the memo: 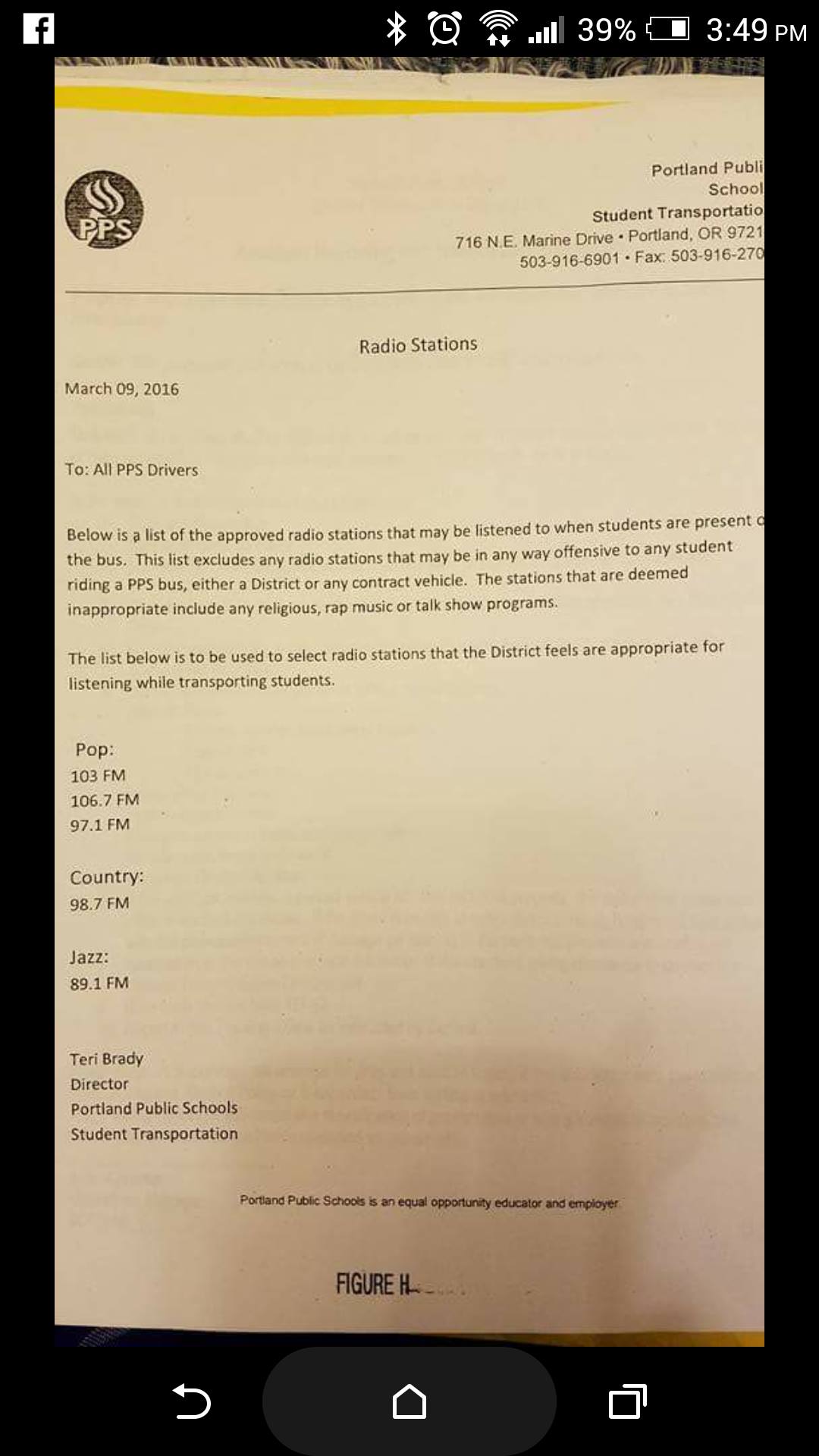