A new group that wants to fix Oregon's abysmal response to addiction will introduce itself to the public at a rally in downtown Portland's Shemanski Park tomorrow at 10 a.m.

Oregon Recovers, a program of Portland's Alano Club, is a new coalition led by people in recovery and their supporters.

Tomorrow they will be joined by a bipartisan group of legislators, non-profits, and health organizations to share stories of recovery, call for legislative change, and honor those who have been lost to addiction.

The "Rally for Recovery" will include state Rep. and GOP gubernatorial candidate Knute Buehler (R-Bend), as well as Sen. Lew Frederick (D-Portland) and Rep. Tawna Sanchez (D-Portland) as guest speakers.

Oregon Recovers wants to prove a graphic illustration of the damage addiction is doing in this state.

The group is asking people who have lost someone to addiction  to write their loved one's name on an old shoe and bring it to the rally at 1010 SW Park Ave. The pile of shoes will be delivered in legislators' offices in Salem at the start of the next legislative session

Mike Marshall, the director of Oregon Recovers and recovering addict, says his group is forming because Oregon needs to do a better job addressing addiction.

Marshall points to the state's ranking on one survey of access to addiction and mental health services—dead last among the 50 states.

Nearly one in 10 Oregonians is addicted to drugs or alcohol, a rate well above the national average.

And Marshall says Oregon's Alcohol and Drug Policy Commission has not done its job in effectively preventing and treating addiction.

"[The commission has] the authority but they're not exercising it," Marshall says. "We want to have the Governor or Legislature demand they do their job."

Marshall says that by the end of the February legislative session, Oregon Recovers wants to see the Alcohol and Drug Policy Commission "develop an integrative and comprehensive plan" to promote prevention and expand access to substance abuse treatment.

Nearly 1,600 people have confirmed they will attend tomorrow's event. 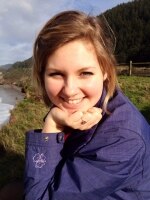