The First Decade of BikePortland.org as a Cycling Route Elevation Profile

Not many Portland blogs are required reading. But if you live in Portland and ride a bike—and, really, even if you don't ride a bike—you should be reading BikePortland.org.

The website, which this week celebrates 10 years under the editorship of Jonathan Maus, is a treasure trove of Portland bike culture, plus news and some activism. If an anti-gentrification activist spreads thumbtacks in North Portland bike lanes, Maus is on it. If an angry epileptic spray paints anti-cycling graffiti on a road used by blinky riders, Maus is on it. If the humane society unjustly prohibits bringing adopted pets home by bike, Maus is on it. And if a friend of a friend of Maus' is tried for indecent exposure after biking naked through downtown Vancouver in what The Columbian described as an "exuberant, alcohol-fueled late-night cycling celebration," Maus is on it.

Critics will point out that Maus and his loyal readers occasionally lead witch-hunts. But in the past decade, Maus himself has been hunted as a witch—to the point he almost fled the city. Twice. In this crazy modern world, what more do you want from an opinion leader? Today, we congratulate Maus for a good, long ride. Here are the ups and downs of that ride.

Bunny on a Bike 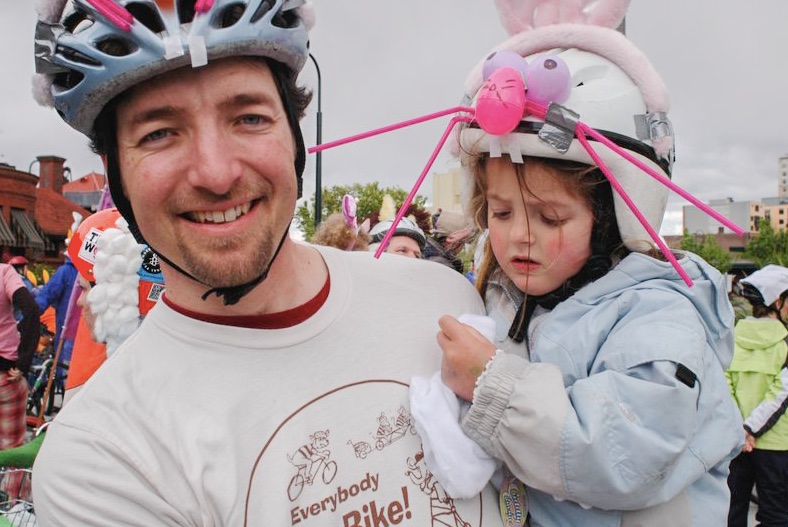 The annual ride, held on Easter Sunday at Peninsula Park, was featured in Maus' first BikePortland.org post. People dressed up as bunnies and rode bicycles. This was the essence of Portland "bike fun" at the time. Such innocence was fleeting.

The last Last Thursday at the Alberta Clown House 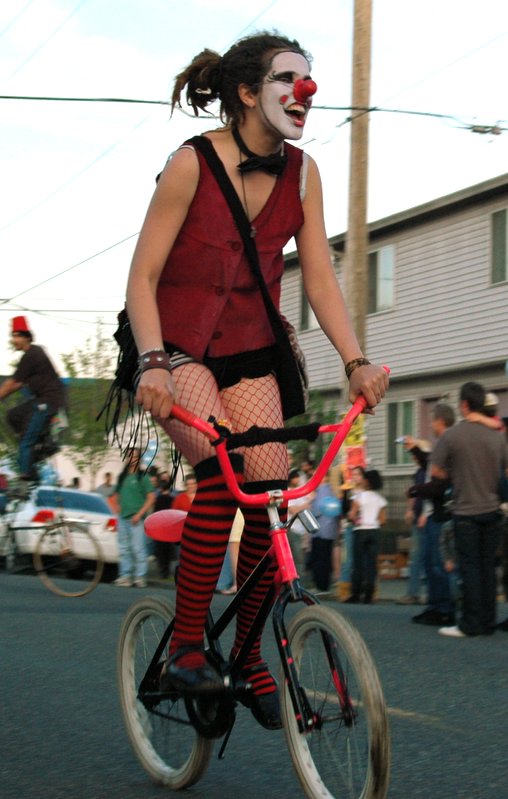 An all-time classic post: "Due to rents that have shot far beyond a clown's wage, Dingo, Pinga, Chlorine, Will and the rest of crew are looking for a new place to live," Maus reported. "Ironically, they've been forced out of the neighborhood due to the gentrification that their presence helped hasten."

In late April 2007, then-Mayor Tom Potter announced he was cutting $100,000 from his budget for an update of the city's bike plan, which was then more than a decade old. Not so fast. "We held his feet to the fire, and he 'found' money to restore it," Maus says. "That got me my first big profile in The Oregonian."

Two riders are killed in 11 days. 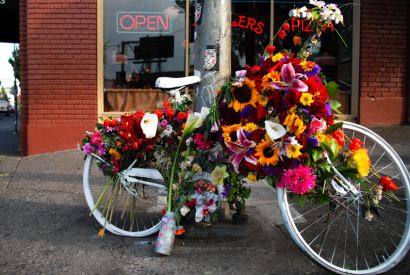 The two cyclists, Tracey Sparling and Brett Jarolimek, were current and former students at the Pacific Northwest College of Art. "That was a major low point, but it was followed by a community rally—we organized a huge march on Burnside less than 36 hours after Tracey died," Maus says. 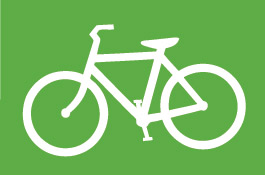 After the deaths, then-City Commissioner Sam Adams held an emergency press conference to announce $200,000 in Portland Bureau of Transportation funding, which paid for the city's first green bike boxes. "A PBOT staffer at the press conference turned to me and said, 'You know, without BikePortland, none of this would have happened.' I will never forget that," Maus says.

"I was invited because of all my coverage and the obvious bike-centric nature of the debate," Maus says. "Not only was I unprepared, but I stepped up to the mic after a woman of color spoke about terrible racial hardships her community had faced and after a historian who documented the horrible impacts of bad stuff like I-5 development and Legacy's razing of historically black neighborhoods. They presented all this really serious and horrible stuff, and then I was introduced like, 'And here's blogger Jonathan Maus to talk about why the bike project should happen anyways.'

"Afterward, the only person who approached me was a guy I know, who happens to be black, who told me how I'd really bombed and missed a huge opportunity. Other than that, not one person—not even the organizers, who say their mission is to foster hard discussions about these issues—came up and tried to talk with me to understand what was in my head.

"I felt really bad about the whole thing and slinked out of there holding back tears and wondering why the hell I even care about this stuff and questioning whether it was worth it."

Maus interviews Emily Finch, a Portland mom with six kids and no car who ferries her family around on a massive cargo-cycle contraption.

"The biggest 'viral' piece we've ever done," Maus says. "I sold rights to European tabloids! And then Emily got flown to L.A. to be on The Ricki Lake Show!

Maus does his part to kill the Columbia River Crossing. 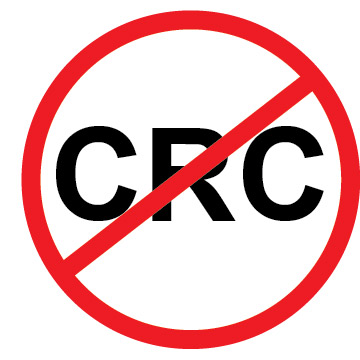 The planned 12-lane freeway bridge to Washington was a political hot potato for years. While The Oregonian and then-Gov. John Kitzhaber were major supporters, WW and blogs like BikePortland pointed out the plan's many flaws. Maus doesn't take credit for the kill, but says, "Ninety or so posts about one project is nothing to shake a stick at." His best? "Probably the one where I called legislators right before an important CRC vote and proved that many of them had no idea that it was not a 'bridge' project and it was in fact a 'highway project'—despite how ODOT and the media kept framing it."

Activists were suspicious of a man who "had all brand-new 'stereotypical biker gear,' didn't speak with anyone and was filming everything." Maus posted pictures of the activist and Portland cop Chris Uehara, writing that they appeared to be the same person. They were not. Readers were very unhappy.

"My mistake of publishing that post accusing Capt. Uehara of being at a bike ride when it was actually a guy named Krisapon Chaisawat was by far the lowest point of these 10 years," Maus says. "I told my wife we might have to move. But then I opened myself up to the mistake and learned from it."

The post featured nudity, which is popular on the Internet.

"It just spread like wildfire," Maus says. "I think we're the only real blog/news outlet that keeps full-frontal nudity up and doesn't censor it. And you know there are tons of pervs on the Web who search for 'naked' all the time."

"On Saturday we learned about a disturbing incident that involved…a mallard duck that tried to cross the path adjacent to Bethany Lake. According to a tipster named Steve C., just before noon a man wearing a red and white Lycra jersey came rolling down the path near the lake, struck the duck and left it dead, then failed to stop. Steve said several people pleaded with the man to stop and report the incident…to no avail. If you know anything about this incident or can identify the rider in the photo above please contact [officials]. Note: This post was originally published with a blurry, grainy photo of the man who ran over the duck. After hearing from readers concerned that the person was being publicly shamed and the subject of a witch-hunt, I removed that photo."