PORTLAND WEATHER: Thursday Is Going to Be Warm and Sunny

An "offshore flow" means you should email your boss today and tell her you need Thursday off.

It's Monday morning and you're feeling down. The week looms before you, a seemingly endless line of meetings, paperwork and responding to passive-aggressive emails about who took what out of the shared fridge. But look! There ahead! A shining light on the horizon!

It's the weather report! 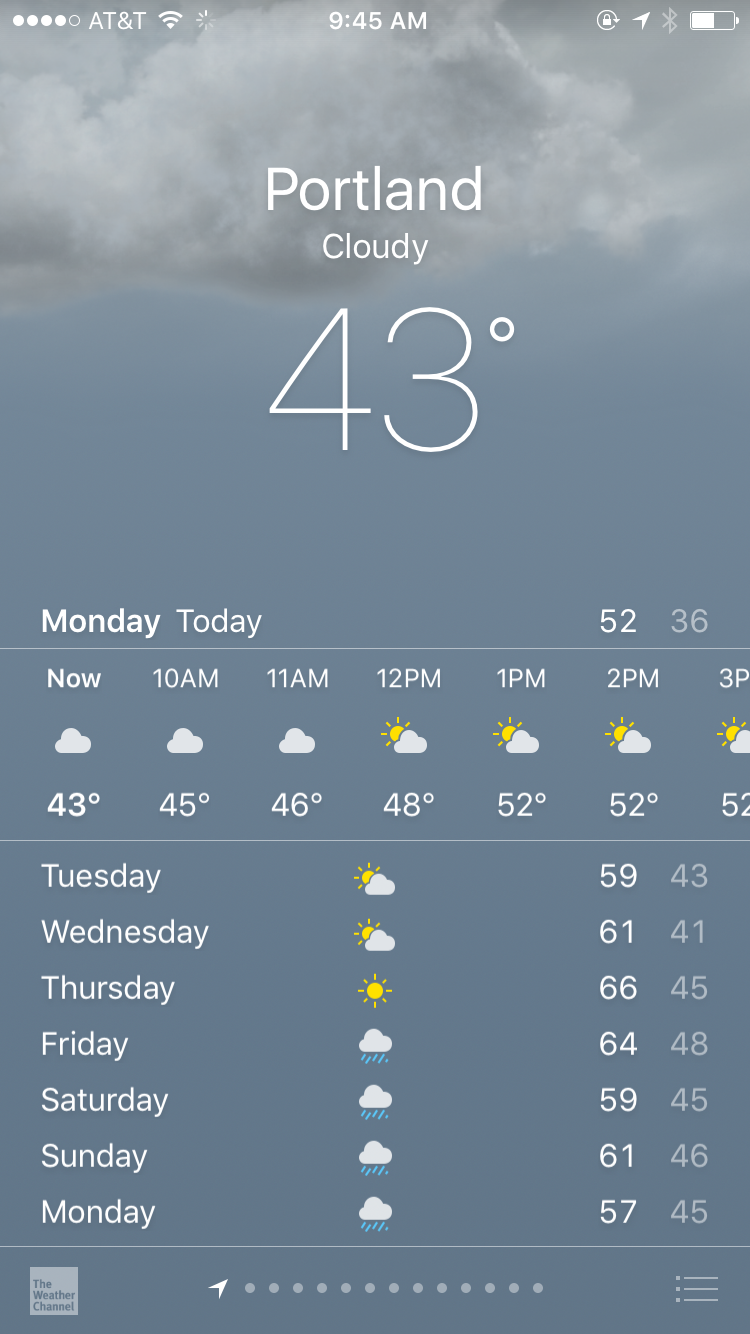 "Starting tomorrow it should be pretty darn nice days all week," says Gerald Macke, Meteorological Technician at the National Weather Service in Portland, over the phone. "The only thing we're worried about is a little fog in the morning."

That's because, according to Macke (and science), we're about to be getting an "offshore flow."

When the air blowing over us is coming from the ocean—what's known as an "onshore flow"—the weather is wetter because, you know, the ocean is super wet. What we're about to be getting is the exact opposite.

"The air is blowing from the nice dry land above us as opposed to the ocean," says Macke.

So, expect warmer and drier weather, with maybe some high winds in the Columbia Gorge.

Macke says that even though it seems a little strange to get such beautiful weather in February, it's not really that weird.

"We usually get a couple of these days in the winter," he says. And after our extremely wet December, "it kind of evens out the averages."

So pull out your sandals and maybe a light spring sweater and call your boss. You're going to want to take a personal day on Thursday.