Our Favorite Beer and Bud Spots on Oregon's North Coast

The Oregon coast is a place of sublimity.

You sit by that big, cold mass of cold blue water, looking out at those rocky cliffs peppered with succulents as the stiff breezes billows across the sand.

Such beauty and peace deserves—well, it deserves some some beer or weed. And so compiled this list of our favorite brewpubs and dispensaries on the Northern Oregon Coast.

THE BEST CRAFT BEER ON THE COAST 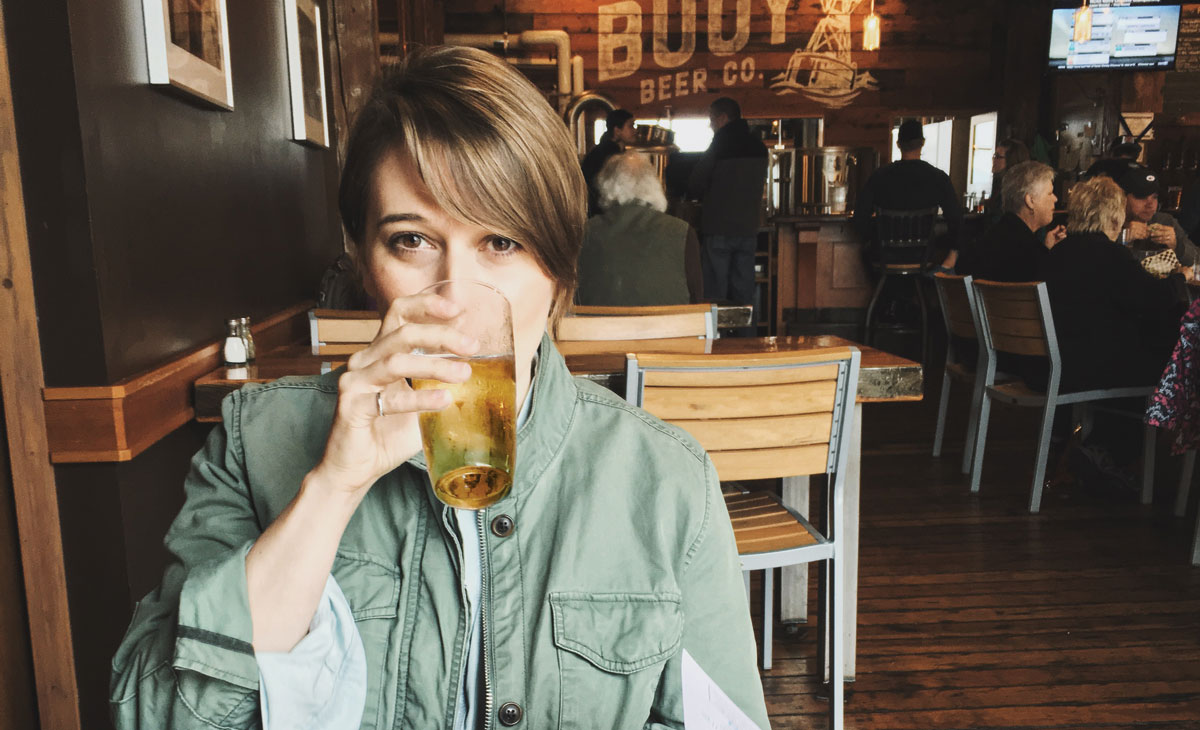 This dockside brewpub has quickly become one of the state's top beer destinations. The brewery sits perched atop the Columbia River in downtown Astoria, with a fantastic view of the bar pilots ferrying cargo ships out to sea or into port. One corner of the dining room has a window overlooking bellowing sea lions. Buoy shows an especially deft touch with lagers, including a killer Pils. You could also do a lot worse on food, as they buy from the fisherman working outside their window. I really like the fish and chips, but they might be missing that or other favorites if choppy seas keep the fleet docked for the day. MARTIN CIZMAR.

Ask around Astoria, and they'll tell you this massive brewery pub isn't just the biggest, busiest bar in town, but was the catalyst for the rebirth of the downtown of the beleaguered fishing village. The well-established Fort George is a major production brewery that fills grocery-store shelves statewide with its beers, and which employs a sizeable number of locals. At the tasting room, you can try a number of fun one-offs and seasonals that never make it off the property. Go for anything barrel-aged and try to score a table in the newish upstairs seating area, where there's an expansive view of the city and its working harbor. MARTIN CIZMAR.

Pelican Brewing just expanded their coastal empire to Cannon Beach with a new pub, restaurant and brewery that is their most expensive yet. This wood-halled destination is family-friendly with nods to adult drinkers like outdoor space with fire pits, 20 beers on tap and a growler and crowler fill station in the lobby for to-go brewskis. The kitchen serves up the same kind of upper-crust pub grub as their original Pacific City location, with a nice pizza oven and local seasonal fare. The new 10-barrel brewery will make beers specific to this location, giving beer geeks a chance to get some of Pelican's much-awarded beer without driving down to Tillamook or Pacific City. EZRA JOHNSON-GREENOUGH. 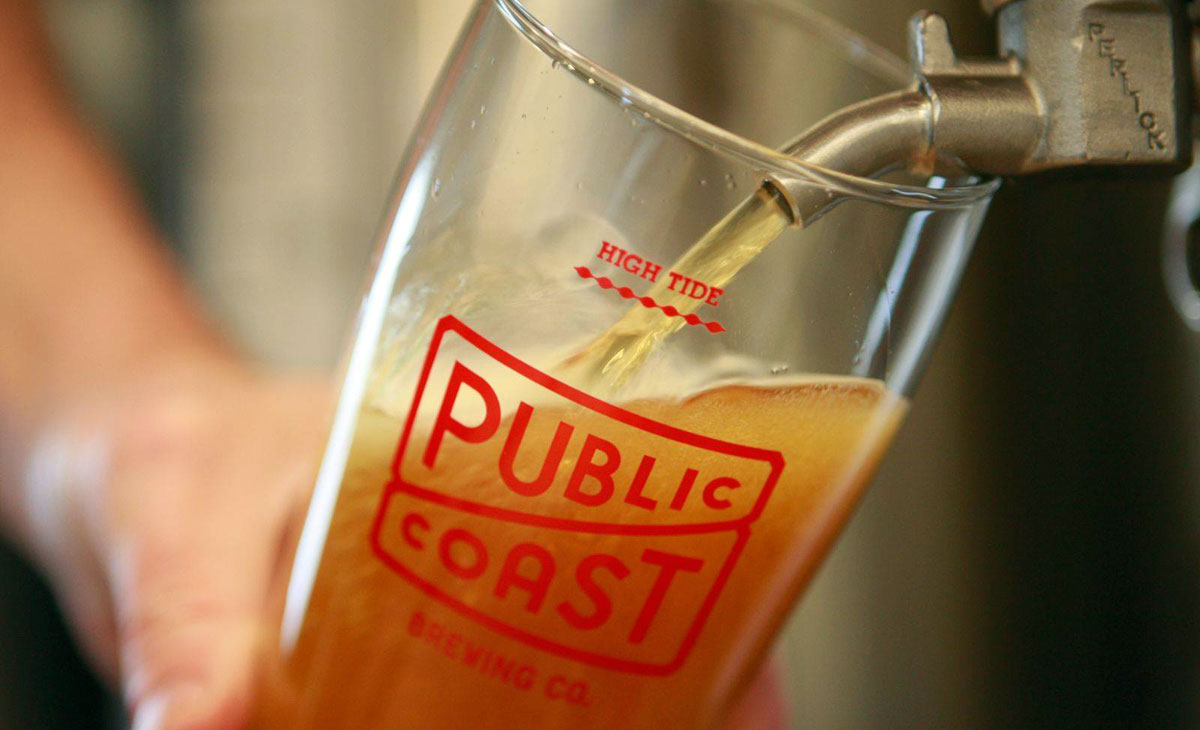 Ryan Snyder built a successful hospitality business in Cannon Beach, but he says his dream has always been to own a brewery. So he purchased the Lumberyard Rotisserie & Grill and remodeled the building into a typical Oregon public house, with salvaged wood beams, hearty pub grub and house-made sodas, sausages and suds. He recruited his executive chef Will Leroux to step into the head brewer's boots on a brand-new 10-barrel brewery. Soon Public Coast Brewing will be offering coastal staples like fish and chips and pale ales to the family crowd. Note: This spot will be open in time for summer, but was not as of press time, though I was able to tour the space. EZRA JOHNSON-GREENOUGH.

Related: Tillamook's de Garde may be the World's Quirkiest Brewery

On the wall of this old-school Cannon Beach brewpub, you'll see Great American Beer Festival medals from back when John Kerry was running for president. The award-winning pale ale, Duck Dive, is still the house's best recipe, though beers like Blackberry Beauty and Mayger Amber feel a little old-fashioned by today's standards. How will Old Bill fare with all the new competition in Cannon Beach? Time will tell, but the bar has a crowd of loyal regulars to buoy it. MARTIN CIZMAR. 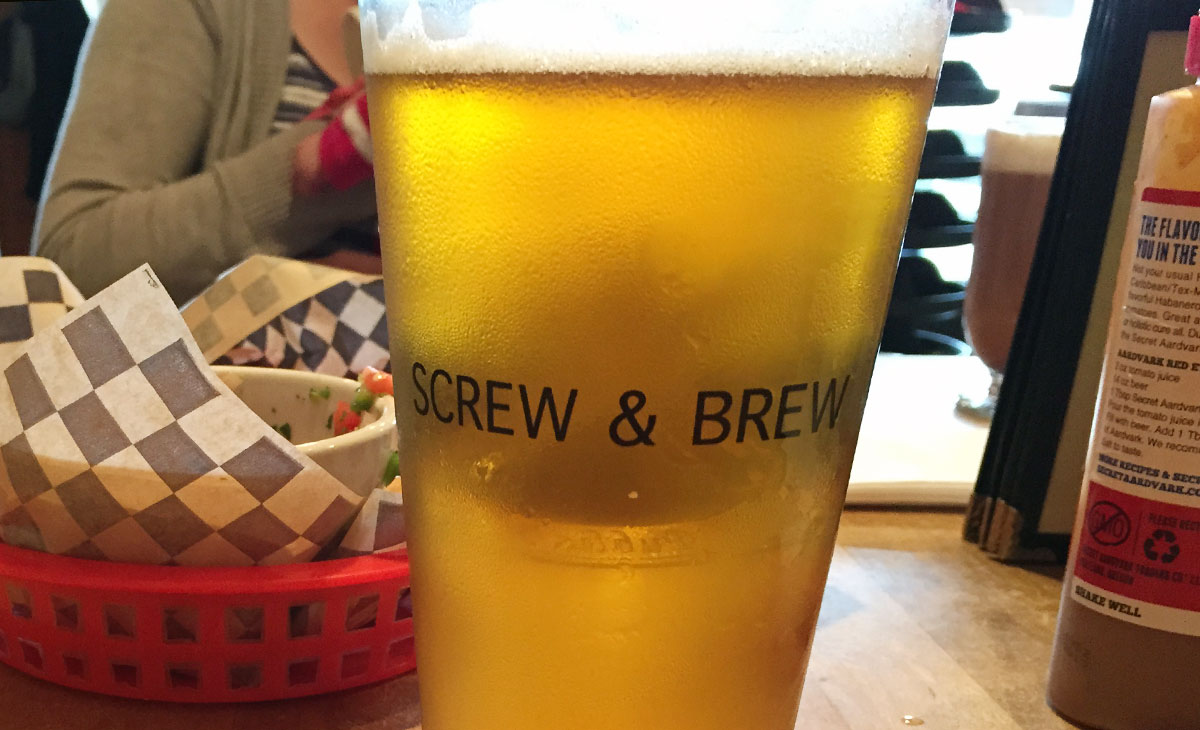 The "Screw 'n' Brew" claims to be Oregon's first and only combo hardware store and pub. Though it does sell doohickeys to the people who own the beach homes clustered along the shore near Haystack Rock, it's a decidedly upscale spot. Fish and chips are $20, the best-known dish is an ahi salad, also $20, and if the staff doesn't know you, expect the tourist treatment. It's charming, and the food and beer are both way above average for the coast. Thinking cocktail? We suggest you stick with a beer. MARTIN CIZMAR.

Rusty Truck is tucked behind Roadhouse 101, and used to be easy to miss along the 14-mile stretch of Lincoln City frontage. Well, there's now a prominent sign boldly declaring that this patch of land is home to a brewery and not just a seedy bar. The dining room tends to be packed with tourists, so head to the bar. There's live music in the evenings and locals lining the rail or feeding money to a row of video lottery machines. Order the Moonlight Ride Blackberry Ale that tastes as though you're riding in a convertible past a bush of the overripe fruit at the tail end of summer. The Cherry Chocoholic Baltic Porter provides a sweet, soda-fountain mix of cherry cola and dark chocolate. The Cruiser Session IPA manages to pack a strong punch of herbal and pine flavors, despite the low ABV and IBUs. Look carefully, and you'll still spot the little red pickup in the parking lot. ANDI PREWITT.

OUR FAVORITE CANNABIS SHOPS ON THE COAST

A clean, professional lobby—it looks like a doctor's office—contrasts sharply with a small, cozy and dimly lit room in the back, brimming with the scent of high-quality product to make you salivate. Though small in space, the selection is large. Prices are competitive, and there's a punch card for regular customers. The owners—one carries a parrot on his shoulder—left careers to pursue this dream, and their enthusiasm is apparent. TANISHA CARAVELLO.

Located on U.S. Highway 101 in Seaside, this spot is decorated like a teenage stoner's dream bedroom. Basically a head shop with a tiny dispensary in the back, the huge front room features an extensive glass collection, Bob Marley flags, a female Rasta mannequin, Pink Floyd posters and a 10-year-old boa constrictor named "Sativa." The goods are kept in a tiny, closetlike space in the back, with barely enough room for you and the budtender. MADELINE LUCE.

The interior of this Seaside shop is an expansive, well-lit room of gleaming wood where young, hip and knowledgeable folks are happy to give you their recommendations. The vibe is boutique, with high-end product sparsely displayed. The selection is far from vast, and the pipe selection is a mere afterthought. TANISHA CARAVELLO.

This is the closest dispensary to Cannon Beach, right off U.S. Highway 101 in Manzanita. The interior is cabin chic, with driftwood accents throughout. Prices are listed on a chalkboard repurposed from an elementary school, with grams going for $10 to $17.50 after tax, and 10 percent off CBD-heavy products on Sundays. About half the strains were grown on the north coast, including Nehalem Nirvana, sun-grown by a wildlife conservationist. MADELINE LUCE.

The Rockaway Beach La Mota, owned by former pro skateboarder Aaron Mitchell, is the sort of beachside dispensary where the budtender might wear Grenade gear and know the best spots to grind. The blindingly white-on-white space is also seriously stocked, with selection ranging from $7 Pineapple Express specials to an array of premium green that would be impressive even in Portland—let alone a picture-book beach town like Rockaway Beach that is home to three ice-cream stores, a birdhouse shop and an old-time taffy puller. Without our asking, the tender on hand was nice enough to pull through the jar looking for choice nugs on a heady 27 percent THC King Kush. MATTHEW KORFHAGE.

Pipe Dreams is situated about halfway through the 14-mile stretch of Lincoln City hugging the coastline. It's sizable and there's plenty of room to grow. It's ready to grow soon, too—we shopped at a leisurely pace, but things will change when valley dwellers get hit with a 90-degree day. Preparations are underway for the onslaught of sweaty city folk—who inevitably get out of Dodge so quickly they forget to pack their glass—and include a joint-rolling station and an expanded counter top with room for a fast-track line serving prepackaged cannabis to folks who don't need to fondle and sniff the 40-plus varieties available. ANDI PREWITT. 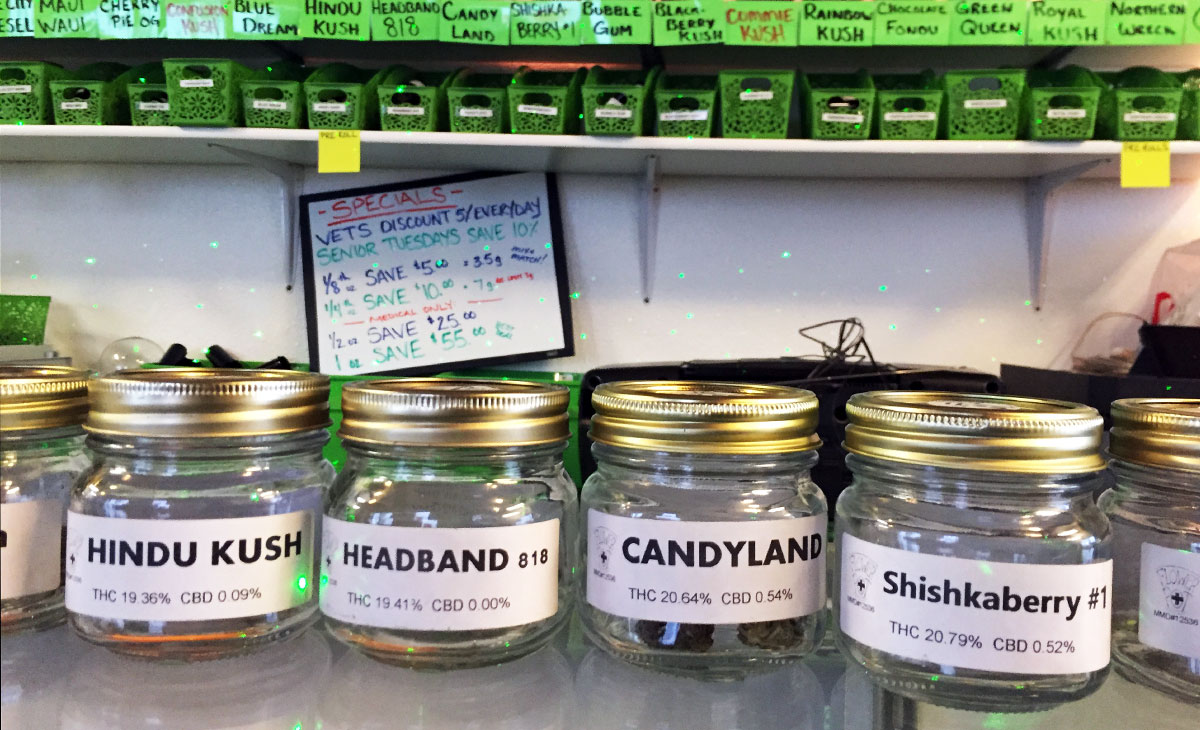 Everything in this hyper-local shop is grown in Lincoln County. That includes the Blue Widow grown by the budtender's buddy in the middle of Depoe Bay (pop. 1,398) and the Commie Kush. Commie Kush? New to me, too. "It's just Obama Kush," the budtender says. "The grower just doesn't like Obama." Flower Pot has no high-CBD strains, but it's cool to take photos, and you may be drawn into a conversation with someone who insists Osama bin Laden is still alive, according to Edward Snowden. If you need beer or kratom or ice cream, they sell it at the gas station across the street. MARTIN CIZMAR. 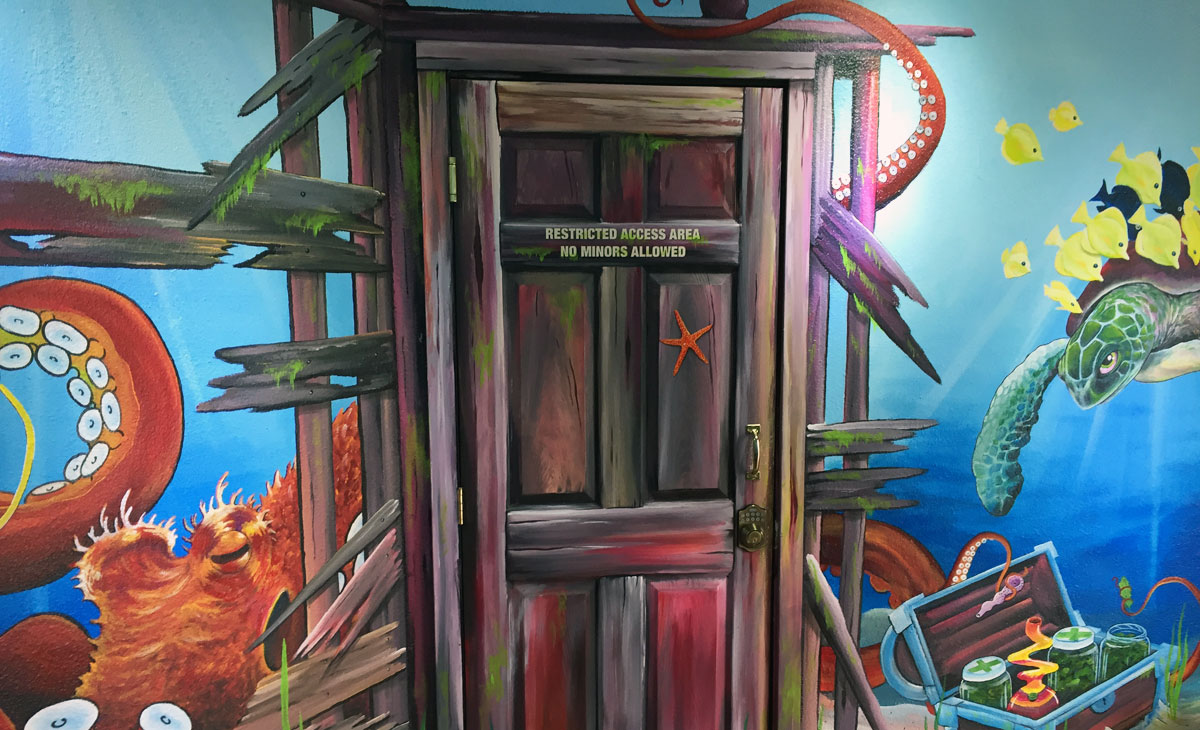 This Nye Beach utility shop offers the cartoonish version of marijuana culture your out-of-state friends expect, down to the stony undersea mural on the wall and Peter Tosh's "Legalize It" playing over the speakers. On a Saturday morning, they were out of every type of pre-roll, save ATF, which cost a princely $12. (No, they don't have any way of giving you a receipt.) But everything in the shop is grown within 20 miles, instead of being trucked in from Eugene, and the budtenders are friendlier than the other shops we visited in Newport. MARTIN CIZMAR. 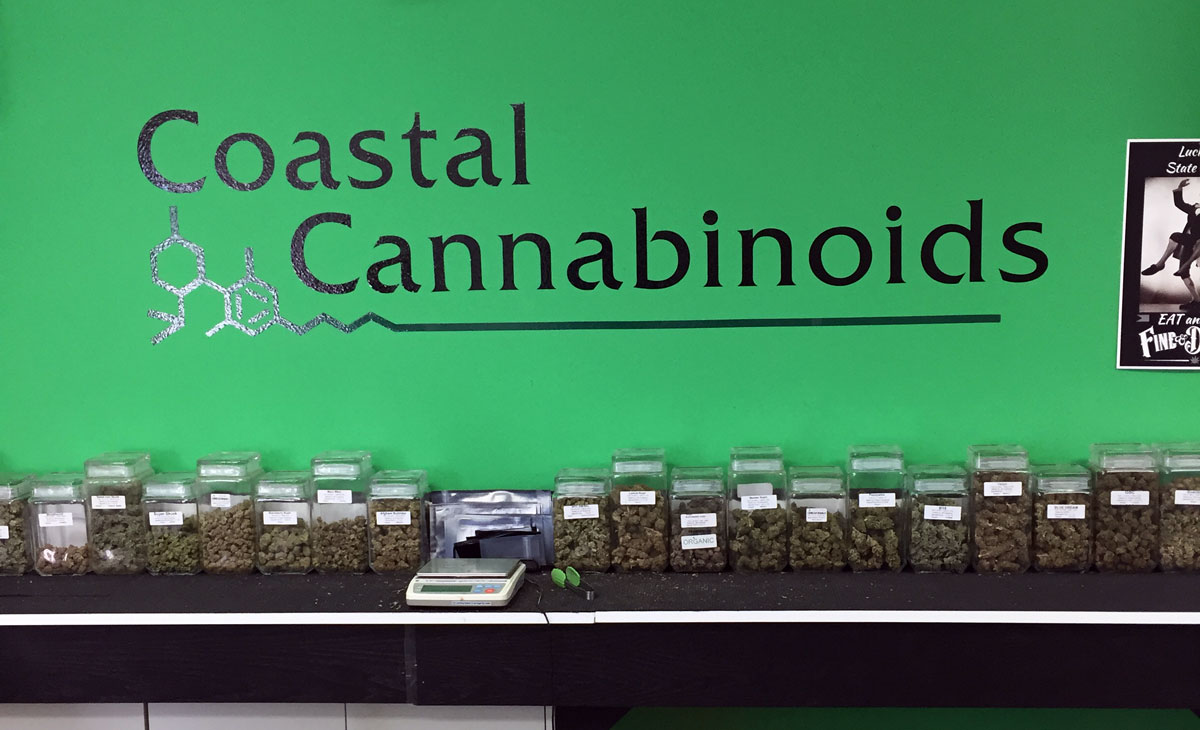 Waldport's Coastal Cannabinoids doesn't have the selection of our big-city cannabis dispensaries, but that doesn't really matter given the location. It's just off Highway 101, meaning you don't have to spend time searching the coast for weed: You can just grab some and go. The tiny shop had only one employee when we were there, but prices are reasonable and selection is decent, with grams starting at $7.50 and going up to $15. Bonus: There's a solid selection of pre-rolls in the likely event you left all your smoking equipment at home. LIZZY ACKER.