Burnside Street's Jupiter Hotel plans to begin construction on a six-story, angular-geometried expansion to the classic moto-lodge this year.

The plans, long under review in different forms, were approved this month by the city of Portland's design review board.

The hotel will go up at the former site of Boogie Burgers and Brew.

The hotel is anticipated for completion in summer or fall 2017, with a restaurant and lounge on the ground floor. The second floor will have an additional lounge, a ballroom event space, and a 1,500-square-foot garden area hidden from the street. 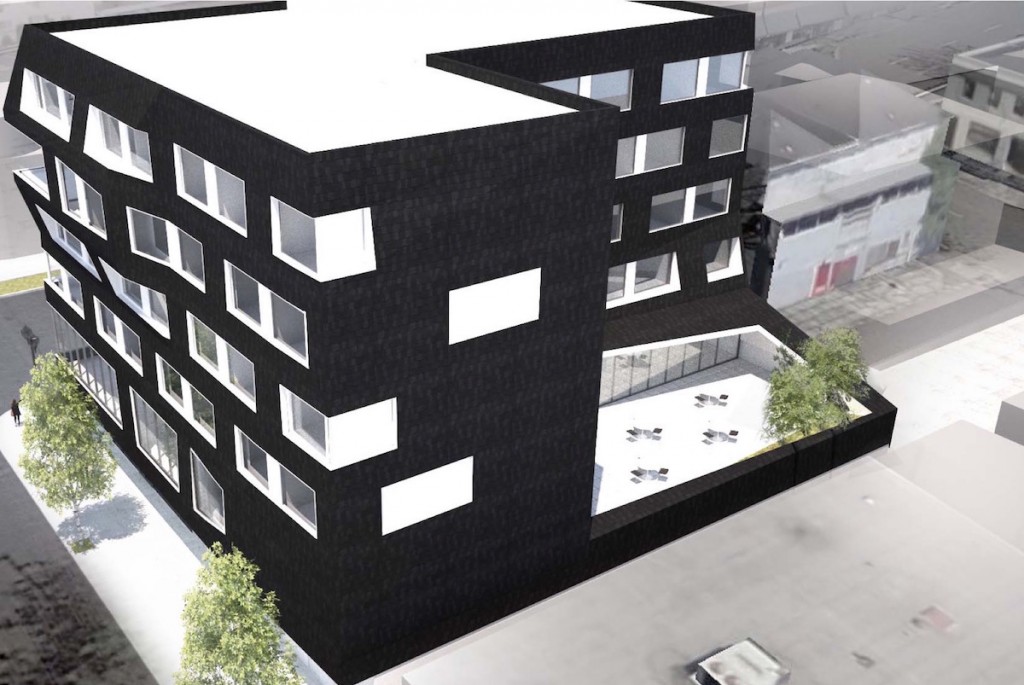 "We've been talking about expansion for a long time," says Jupiter co-owner Kelsey Bunker. "We dipped our toes in the water of several projects that didn't come to fruition."

But Bunker says that with the hotel industry booming and the Jupiter consistently at 90 percent occupancy, Jupiter needed "to do something dramatic."

The odd shape of the building was apparently driven by the city of Portland, which is attempting to create an arcade district along Burnside, and suggested that earlier, more conservative designs be made "interesting and unusual—something gritty, not pretty or Pearl-esque," according to Bunker. 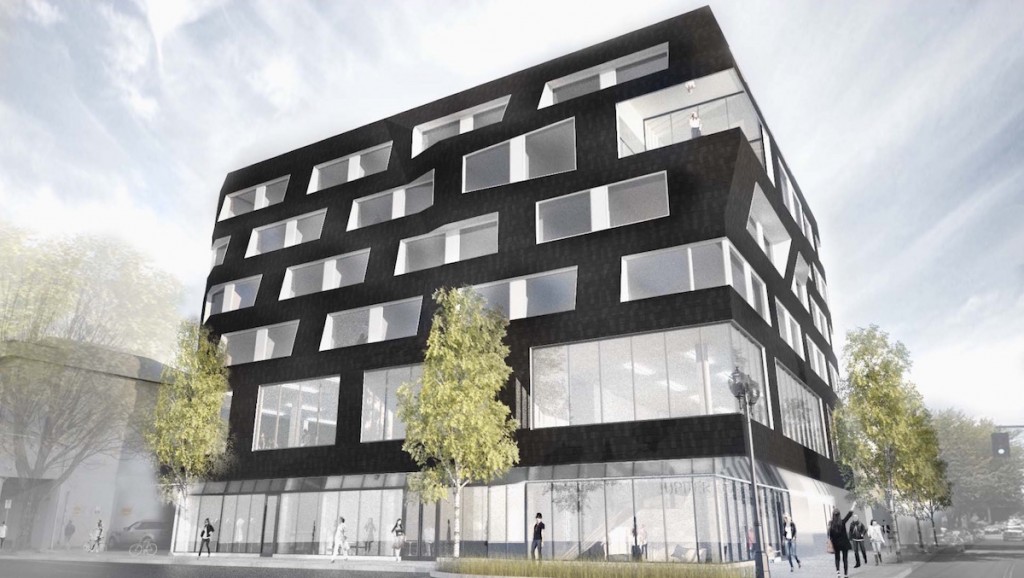 But however "gritty" the appearance, don't go expecting the new Jupiter to keep on throwing down the cheap post-midnight rates that turned the Jupiter into a late-noughts party hotel for the after-hours crowd, where an itinerant Dave Navarro might show up to a party, or where Jack White and Jenna Bush booked hotel rooms.

"We saw the success of the Doug Fir," says Bunker. "We thought it would be funny to do the midnight rate. We haven't really promoted that in a while."

The new expansion will help the Jupiter accommodate more corporate clients unable to fit into the Jupiter's current 81 rooms.

"The rooms are going to be bigger," she says. "The smallest rooms will be the size of the double rooms [at the original]. They'll be more expensive."

The hotel's next step will be engineering approval; they hope to break ground this summer.