Our Favorite New Cycling Gear For Riding in Portland

Yes, we found a cool pair of googles.

This is no ordinary tail light. The Lezyne boasts 150 lumens of retina-searing power, quadruple what you'll find from a typical flasher. You know it works, because I frequently get dirty looks from drivers and cyclists blinded by the robust red flashes. That blast comes from five LEDs, which are housed inside a durable molded plastic body. Another cool feature is the built-in USB stick, which goes directly into a port, eliminating the need for an extra cable.

Fanny packs are back, baby. The favorite accessory of old-school pro wrestlers and cool aunts have returned to fashion of late, especially with cyclists who don't want to lug around a messenger bag or pannier. Portland's North St. makes a huge selection, including the North St. Pioneer 12 Hip Pack, which not only rides your hips but will mount to the handlebars as you ride. Our art director, Julie Showers, says the hip pack is a wonderful symbol of feminism, "giving women one of their arms back." Dudes also benefit—and not just because they look like Stone Cold.

The idea of a foldable helmet is central to debates about whether bike-share stations need helmets. A new crop of them are coming out, including the French Overade Plixi. This helmet folds to about one-third of its size in about 10 seconds. Though it does come with a carrying satchel, you'd still need a large purse or backpack to carry it, unless you want to look like a total dweeb. That said, it's still less cumbersome to tote around. The helmet, which ships from France for 75 euros (about $80, not including shipping), can also be equipped with a rain cover and sun visor, which are so useful you wonder why regular helmets don't include them. If you're mobile enough that you carry a backpack everywhere, it could be your jam. 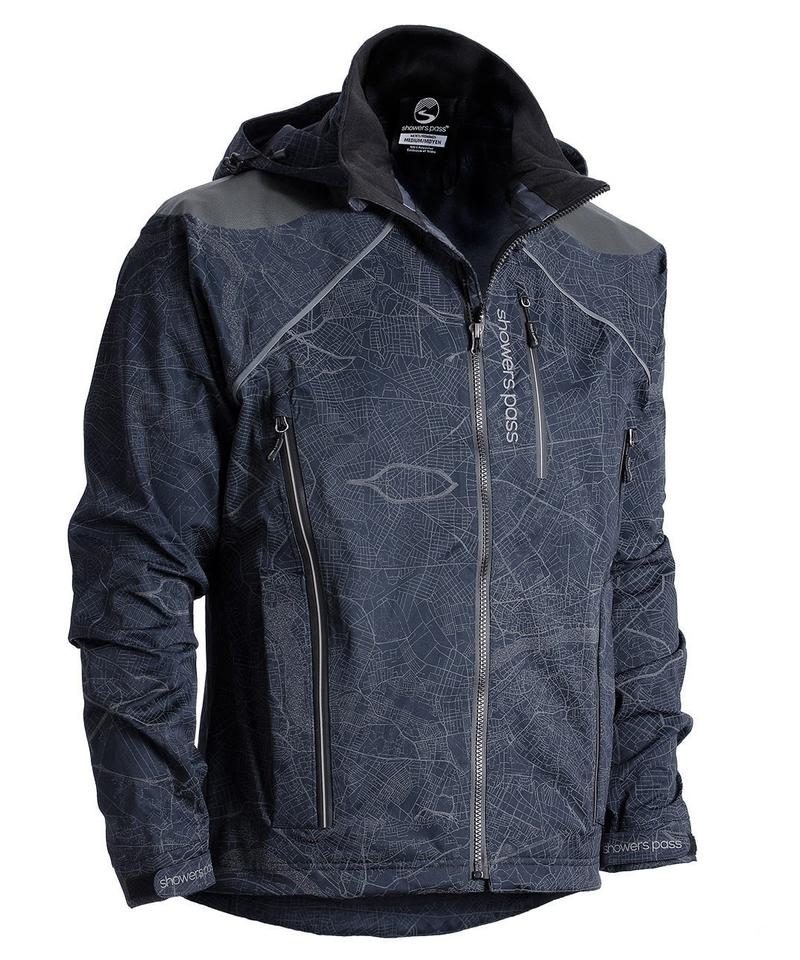 Showers Pass is based in Portland and makes cycling gear that's pretty much perfect for riding here—and not just because the reflective pattern on this hyper-functional jacket includes a map of the city. The Atlas looks like a normal jacket until the headlights hit it, at which point it glows a moony white. It's waterproof and breathable, with fully taped seams and well-placed chest vents that allow the cool winter air to flow in when unzipped. I've owned a few very nice rain jackets, but none have the finely tuned details of the Atlas—the chest pocket is in just the right places, the collar is soft-touch but watertight, and the zip-off hood doesn't hang oddly when zipped on, as is so often the case.
TiGr mini Titanium Bike Lock 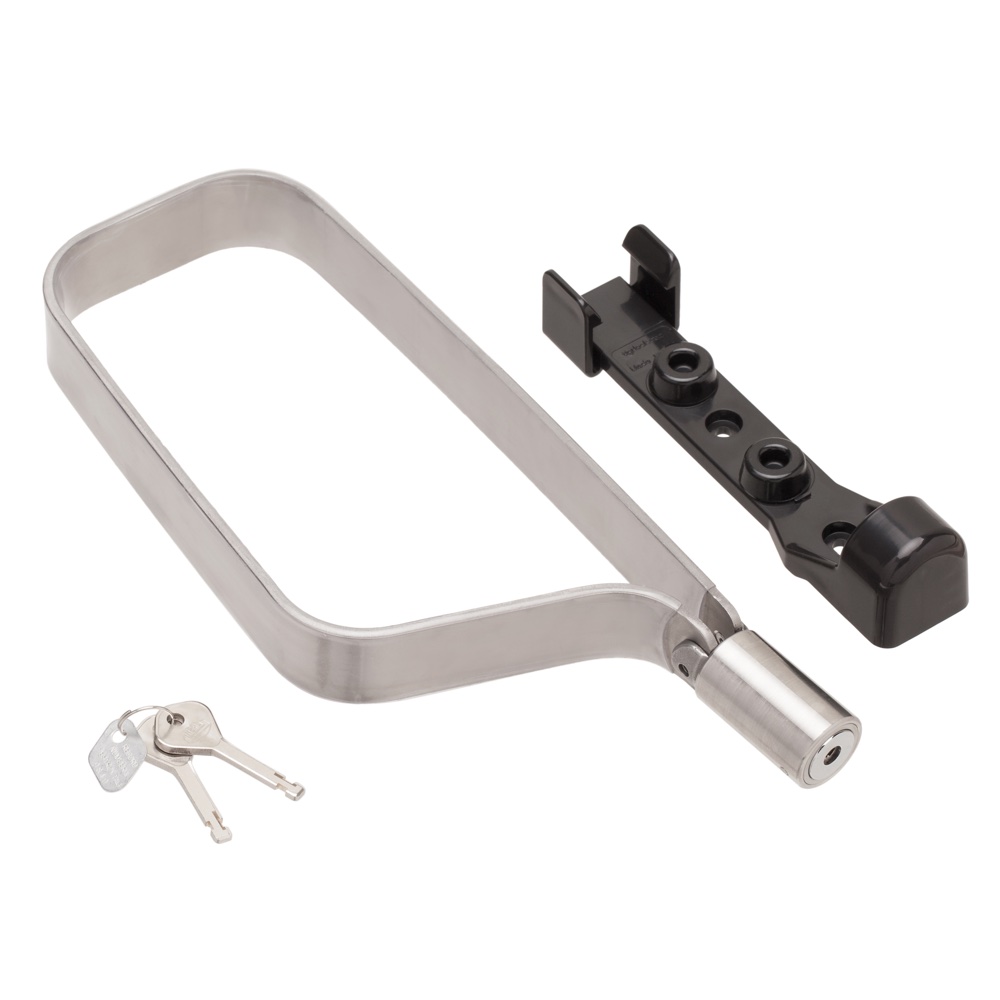 If you've ever priced premium bike locks, you know any rig that will stave off a thief for upward of five minutes runs close to $100. If you're gonna spend that much, why not get titanium instead of heavy old steel? This American-made mini lock weighs less than a pound and, because it's titanium, has the equivalent of a silver-star rating at half the weight of a similarly scored U-Lock.

Using slip-plane technology originally developed by biomechanical specialists at the Royal Institute of Technology, MIPS (Multi-directional Impact Protection System) helmets attempt to mimic the brain's cerebrospinal fluid, which naturally protects against sudden-stop impact. New MIPS helmets are popping up all over town from companies like Giro and Bell. The helmets are constructed with two layers of plates that rotate against one another. The two planes allow free range of motion so you don't strain your neck after a fall. And the outer shell consists of the same impact-absorbing material found on your standard bike helmet. 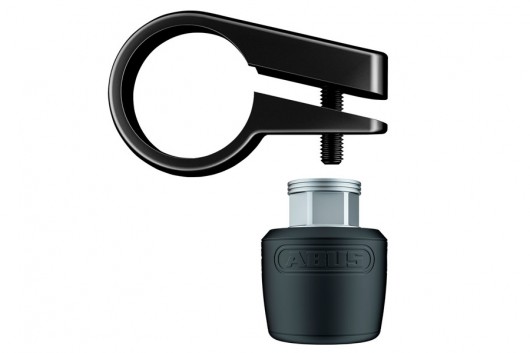 Your lock covers your frame, but what about those pricey quick-release wheels? German lock specialist Abus uses innovative gravity technology to replace the standard nuts and bolts with unique nuts that can only be unscrewed while the bike is laying at a flat 90-degree angle. With Abus NutFix locks, your seatpost collar and quick-release axle will become tamper-proof while the bike is upright.

If you've ever owned a nice pair of cycling glasses from a company like Tifosi, you know they're both pricey and indispensable. Well, these local glasses aren't that, but they're also a tiny fraction of the price. The Mach Schnell Goggles by Portland Design Works are modeled after goggles used by the U.S. Army to protect soldiers against blowing sand in World War II. The goggles consist of breathable, perforated straps and scratch-resistant lenses. They're foldable, allowing for easy storage inside a soft carrying case. Each pair comes with a lifetime warranty—a rarity among $5 products.

Welcome to the 2017 Bike Issue

Portland Made Driving Miserable. All You Can Do Now is Bike.

What It Would Take For Portland To Become a Globally Elite Bike City?

A Selection of the Best New Cycling Gear

BikeTown isn't Just For Tourists. I Used It For a Week and It Was Great.

Is Portland's Proud Bike Culture Stunting the Adoption of E-Bikes?