A massive mural designed to honor the two men slain in a racially-charged stabbing on a MAX train last May is nearing completion.

On May 26, 2017, Taliesin Myrddin Namkai-Meche and Ricky Best were killed, and Micah Fletcher severely injured, by 35-year-old Jeremy Christian after they tried to stop his tirade against two black teenage girls—one of whom wore a hijab—on an eastbound MAX train.

In the days after the slaying, Portlanders began writing chalk messages on the walls of the pedestrian walkway leading to the MAX station. TriMet decided to make the memorial permanent with a mural.

The mural was designed by local artist Sarah Farahat and is being painted by a small team of fellow painters. Farahat says the design includes Western peonies, phrases like "We Choose Love," excerpts of a poem in eight different languages and memorialized phrases of the chalk messages Portlanders left on the concrete walls in the wake of the murders.

On the one-year anniversary of the attack, TriMet is hosting a "Commemoration of Heroism and Community," event at 4 pm Saturday, May 26 at the Hollywood MAX station. Several local religious leaders and Farahat will give speeches before the a formal mural dedication takes place.

"A bell from the Buddhist Daihonzan Temple will be rung five times in remembrance of the two women, Taliesin, Ricky and Micah," TriMet spokeswoman Roberta Altstadt says. "Following that, people will be invited to lay flowers at the tribute wall while a song is sung by local vocalist Saeeda Wright."

For a preview of the mural, check out these photos and videos of the painting in progress: 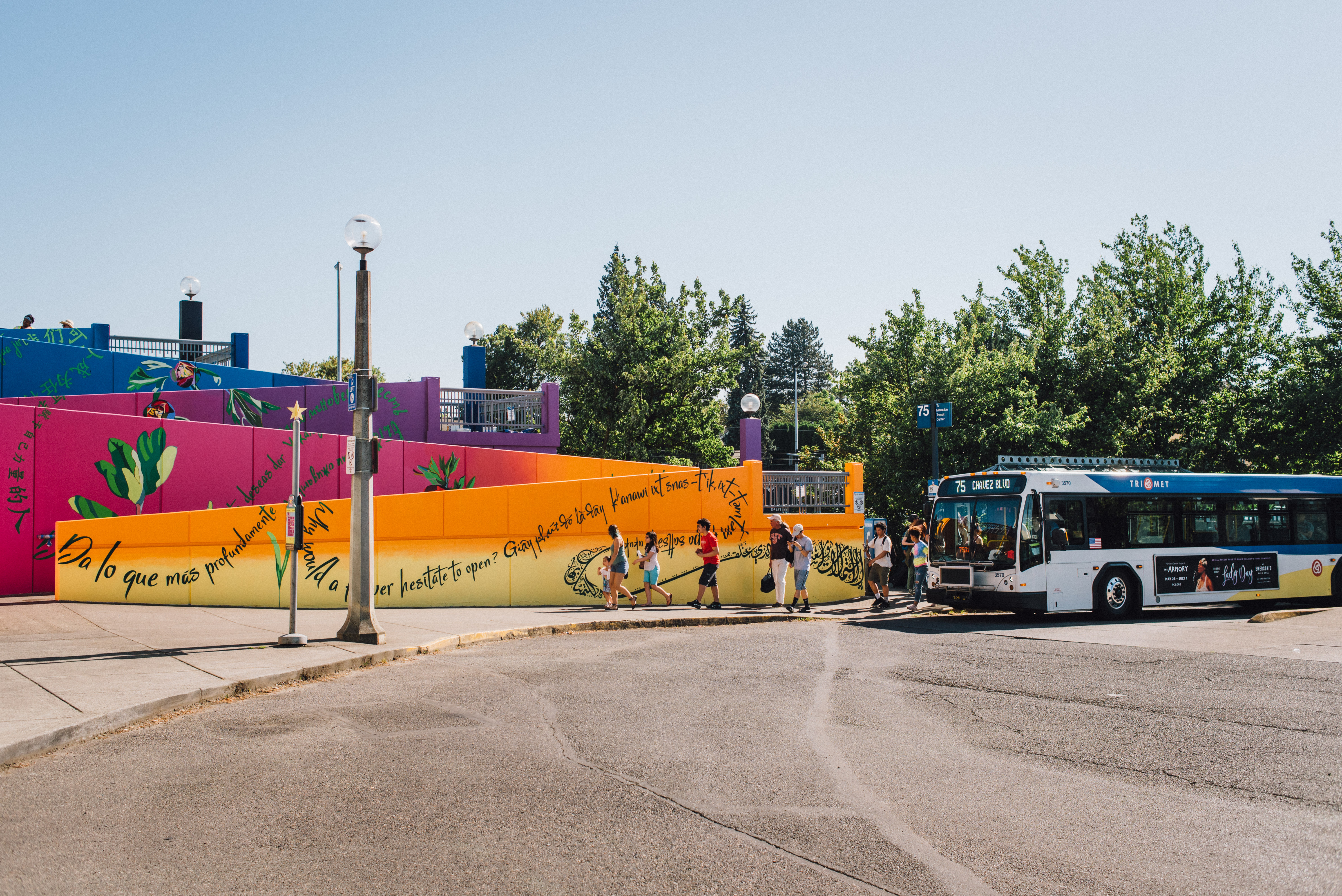 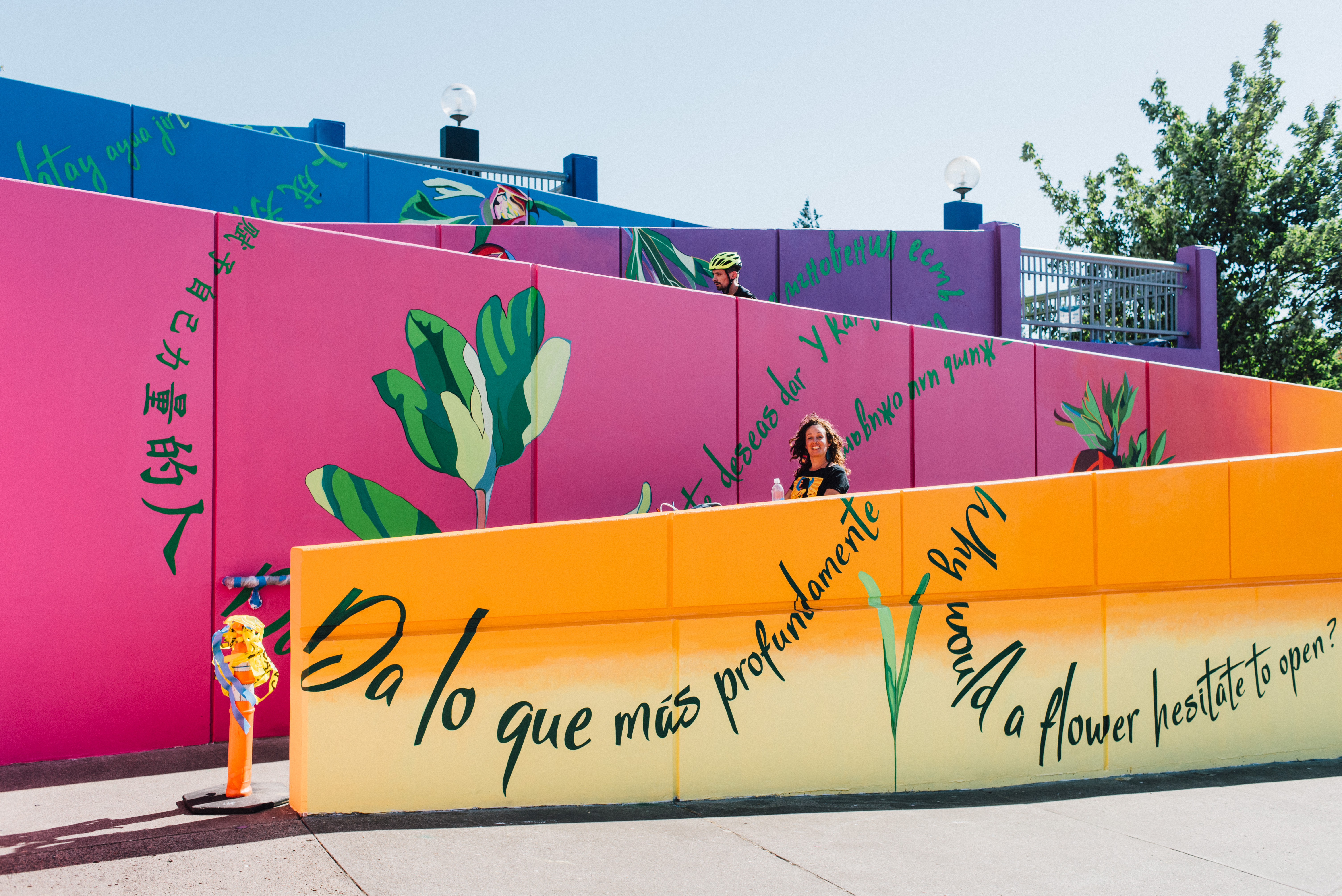 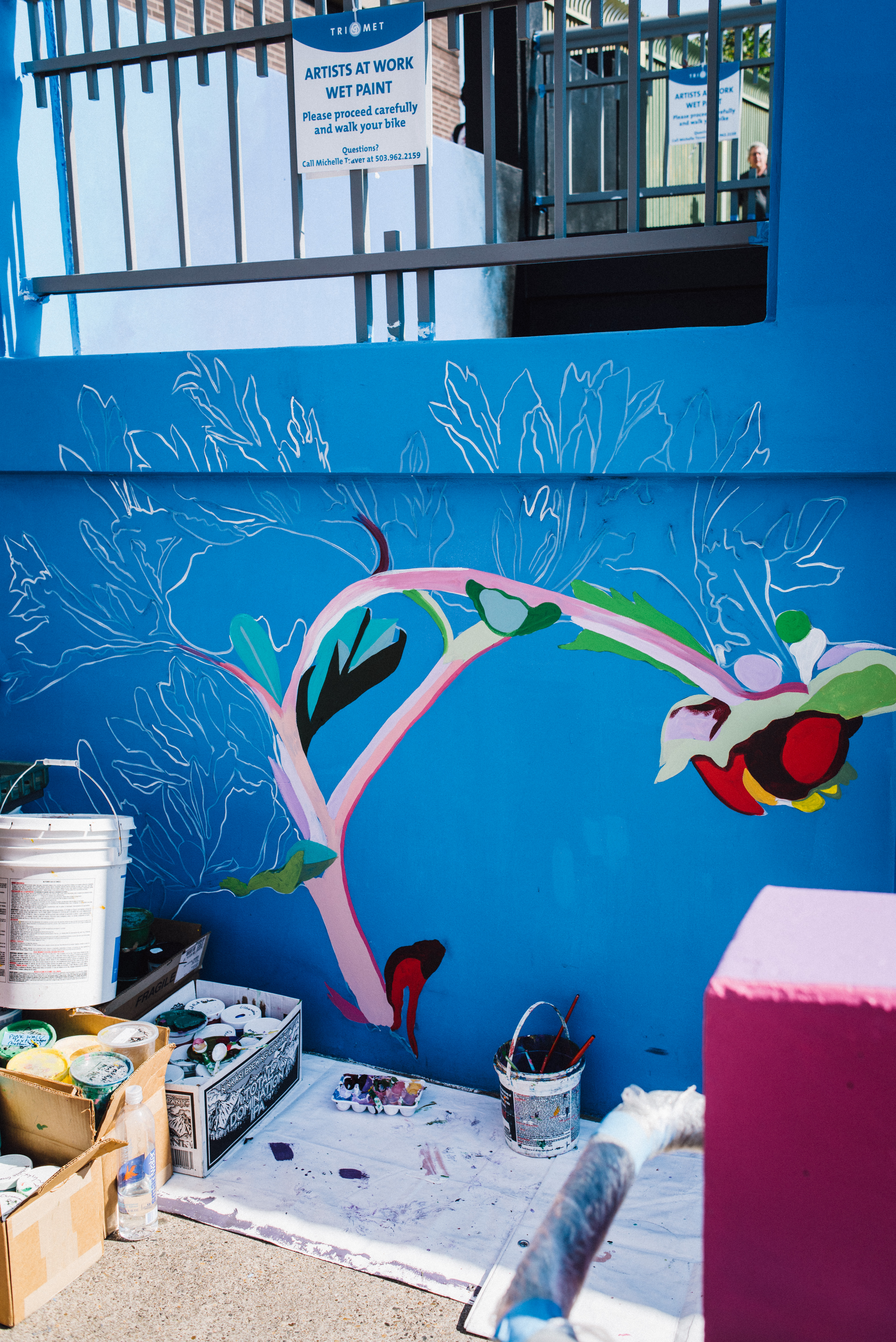