With sunlight fading and a storm approaching, I finally admitted it.

"I think we're going the wrong way," I said to my companions.

On most hikes, that's not a big deal. But this wasn't most hikes; it was the Timberline Trail, the grueling, 40-mile trek that circumnavigates Mount Hood. It's arguably the most intense backpacking trip you can find near Portland.

Most hikers spend four or five days backpacking it, typically starting and ending at the Timberline Lodge Trailhead. But the length is only part of the challenge. The trail climbs towering ridges, plunges into deep ravines, and traverses snowfields far above the timberline.

Few Portlanders have completed the trail, and not just because it requires 9,000 feet of vertical. In 2006, a flow of ice and rocks in the Eliot Glacier field, on the eastern slope of the mountain, took out a vital part of the loop. The trail only reopened this summer, more than a decade later. Given the climbs and glaciers, it remains one of the state's most notorious backpacking challenges—in August, two young women backpacking the trail never made it back.

With summer near its end, I wanted to give it a try with my sister and girlfriend. We'd trekked all around Mount Hood's wilderness, but had been mystified by photos and stories of the Timberline Trail. So we drove to the lodge and set off with packs stuffed above our heads.

The trail was blazed more than 80 years ago, but it never stays the same for long, as roaring glacial rapids frequently wash out portions of the trail, forcing hikers to scramble up dangerous and rocky terrain. Even after being reconnected at Eliot Creek, the trail still lacks sufficient markers, leaving hikers to guess whether or not they are on the right track.

That's exactly where we found ourselves on our second day of the hike, around mile 18 of 40. We walked under McNeil Point, between the peak and Bull Run Reservoir on the northwest side of the mountain, and crossed a popular camping area where trails diverged in every direction, making it hard to delineate the true path. I bushwhacked and scrambled, convinced that we had stayed on course.

"We're heading downhill!" my sister called out from behind—a clear mistake, she felt in her gut.

"It's fine," I insisted, continuing to follow the descending path. We patiently trekked farther and deeper in the wrong direction, searching for a turn that never came.

It had been a hard day, but not as hard as admitting that I had led us in the wrong direction. I looked to my partners behind me, their eyebrows furrowed, frustrated at the wasted effort.

"I'll run ahead and see where it leads," I said, holding onto the idea that maybe, just maybe, I was not mistaken at all and we were on the right path.

Counting my bounds, I jogged a half-mile down the trail and arrived at a peak that should not have been there. I kept going, hoping that I would run into someone I could consult. At one point I thought I saw a jacket, but it was just the fluffy white plant called grandfather's beard.

A knot formed deep in my gut. I felt utterly alone in this quiet, untrammeled land, and finally gave in. I turned back. Beaten, I saw my companions in the dim light, their faces showing their fatigue.

"We have to turn back, it's the wrong way!" I yelled from a safe distance, expecting ridicule. None was received. It was a blow that took a lot out of us, one that had pushed us to our limits, but my companions forgave me.

Hiking back up to where we thought we had diverged, we plopped down and made camp for the night, not willing to take another step in those exhausting last few hours of the day.

Throughout the night, the rain poured down. I had no tent nor a tarp, just a sleeping bag and a mat. Rain dripped onto my bag, and wind ripped through the trees above, tossing the limbs violently as I lay curled up trying to stay warm.

The next morning, with our clothes still damp from the night before, we started again, this time finding the path. That day, we were heading to the trail's highest point: Lamberson Spur, 7,300 feet.

As the air grew thinner, climbing higher in this austere, glacial country, we left behind all plants but the most fiercely determined. Fog once again engulfed us. We tramped across slippery snowfields, holding each other tightly, with sudden death lurking inches to our left.

We hiked over the high point then down Gnarl Ridge, our knees nearly giving out with every pounding step. I felt as though each bone in my battered body was on the verge of snapping.

Falling to our backs at night's camp, we watched as the sky cleared. It was Aug. 13, the night of the Perseid meteor shower. Other campers cheered as the meteors began to rain down, but I was far too exhausted to care. I couldn't hold my eyes open long enough to catch a glimpse.

I shivered through our last night on the mountain and awoke to a luminous, blue sky. Looking north, I saw Hood standing tall and peacefully. Despite all the pain, and the adverse trail conditions, I smiled as we strolled by magnificent waterfalls on that last bright day.

We all burst into childlike laughter as we trotted through fields and fields of flowers.

Sighs and groans echoed, more laughter rang out, and tears welled in our eyes as we caught sight of the car. 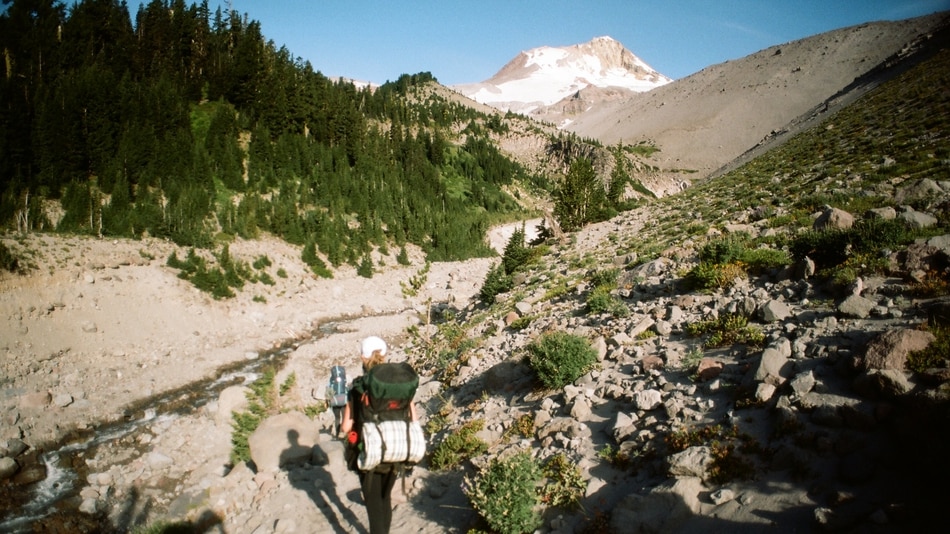 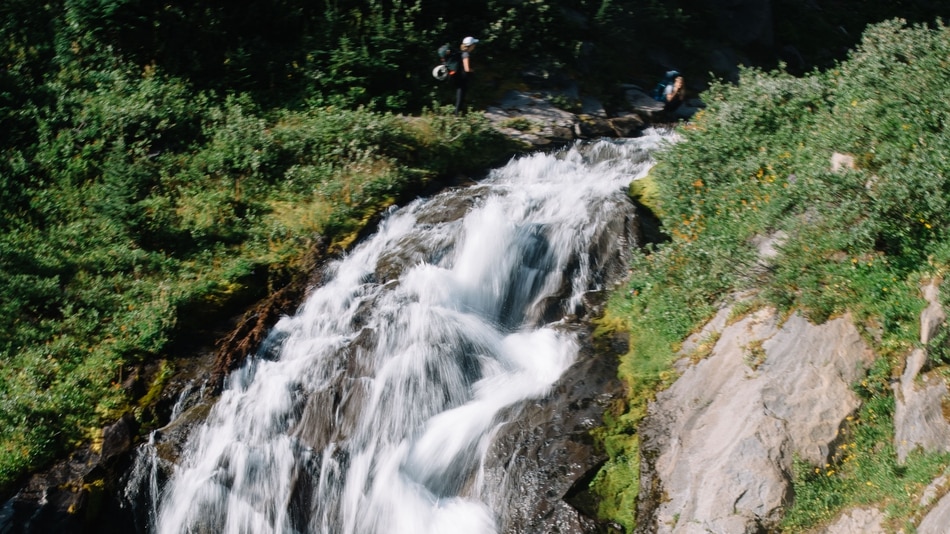 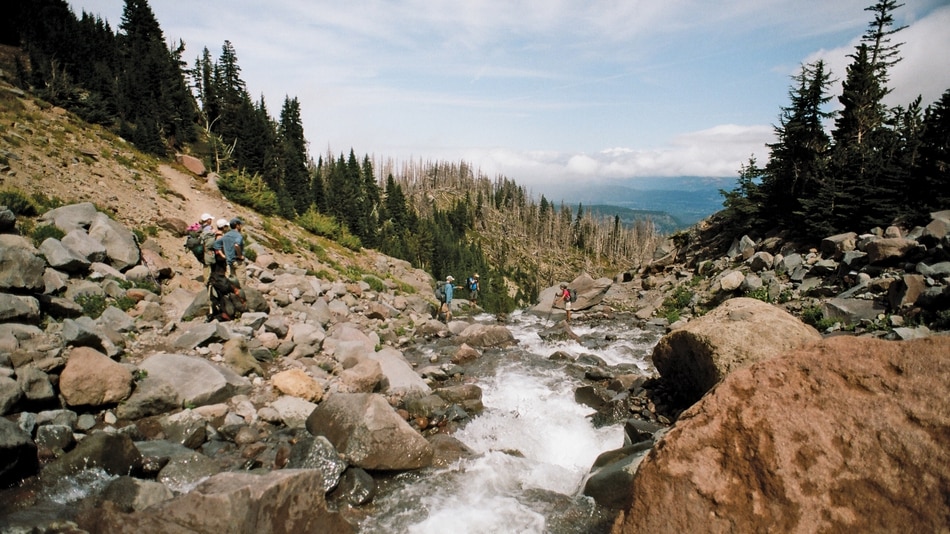 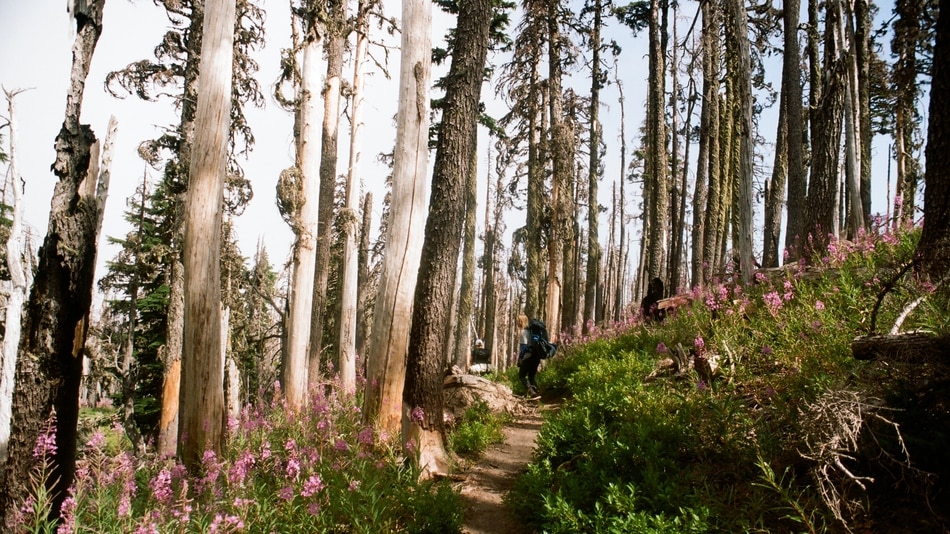 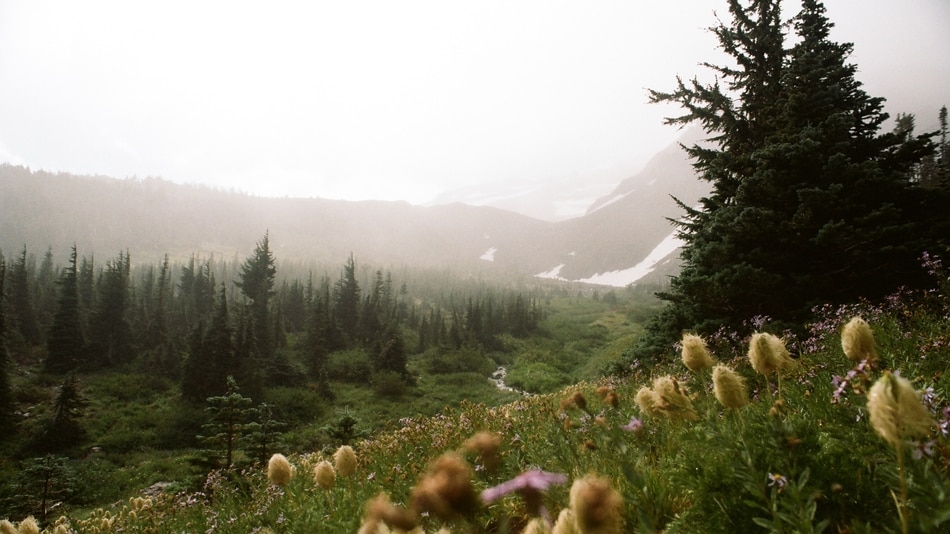 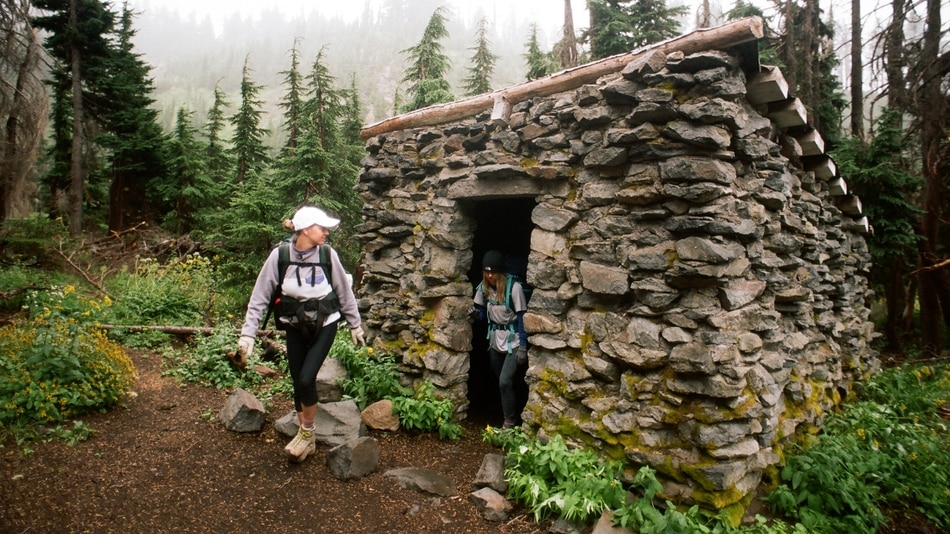 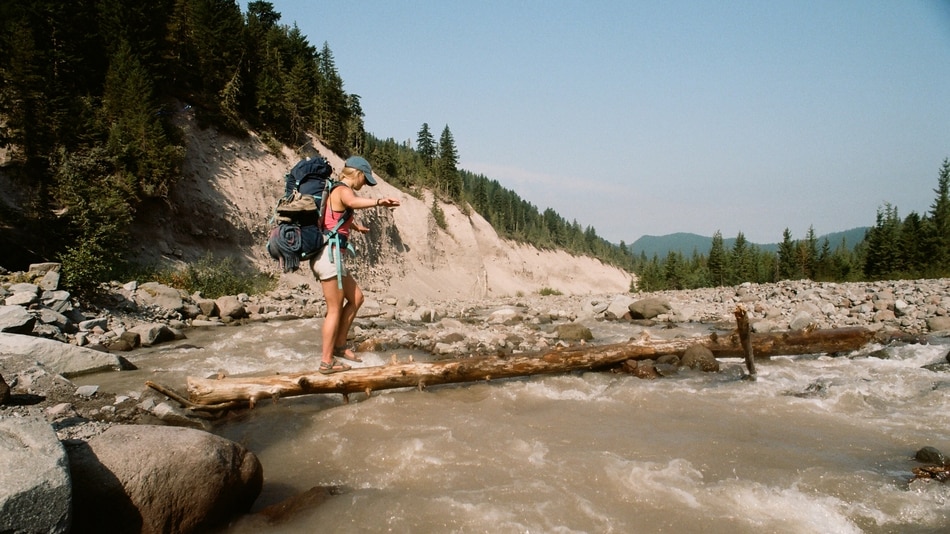 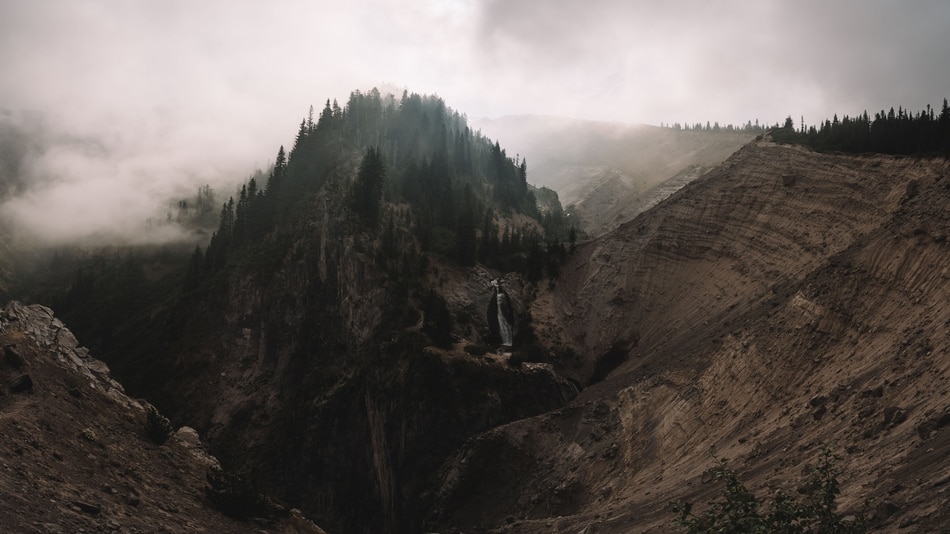 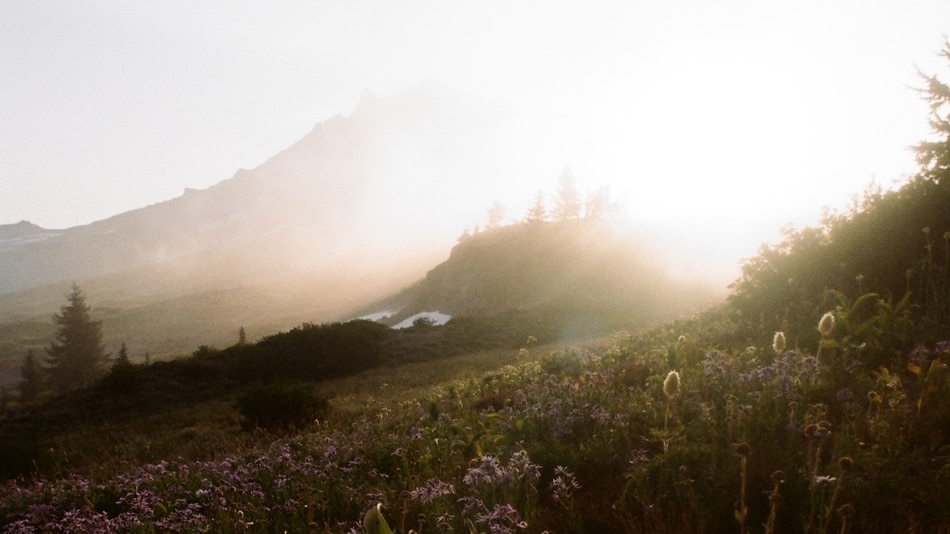 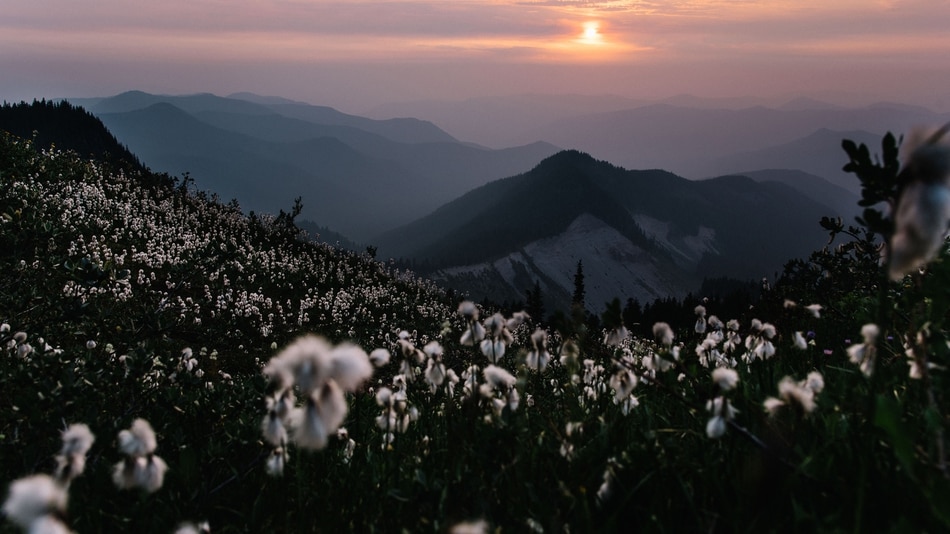 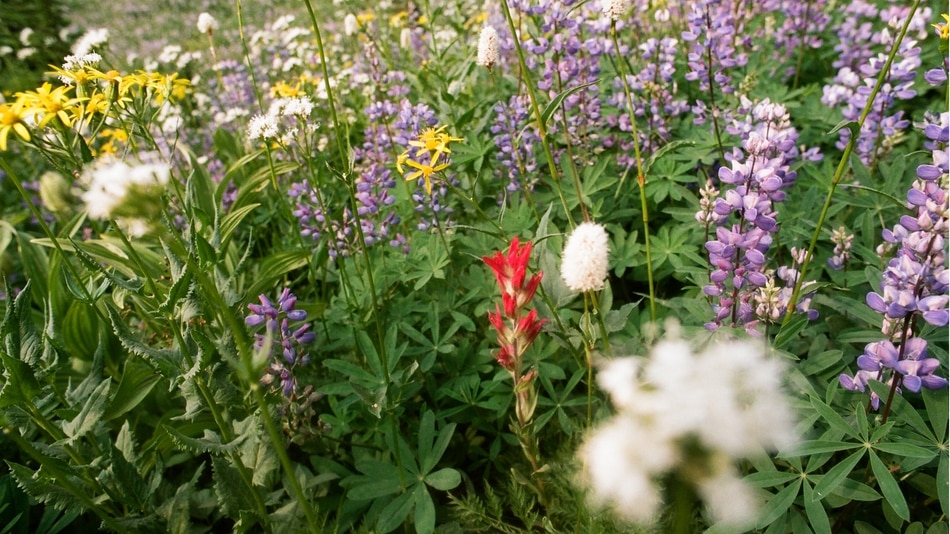 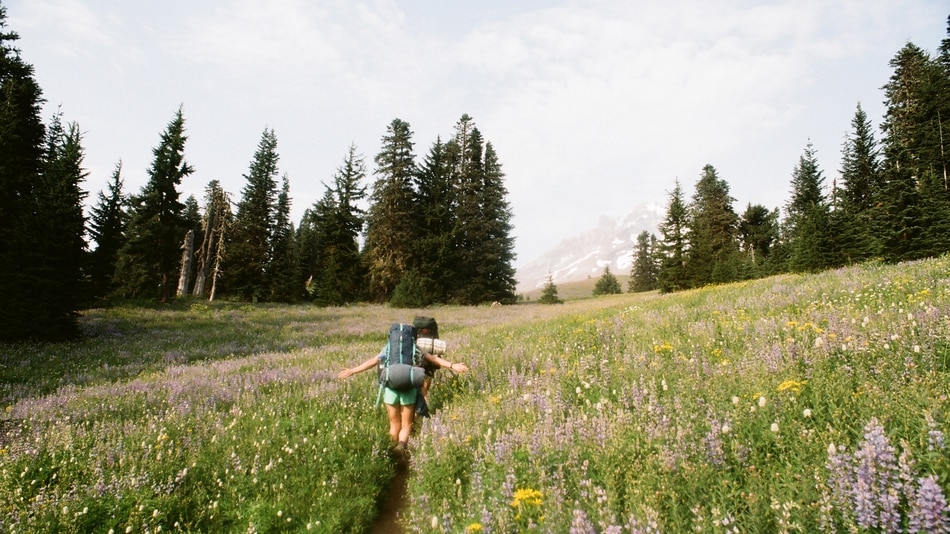 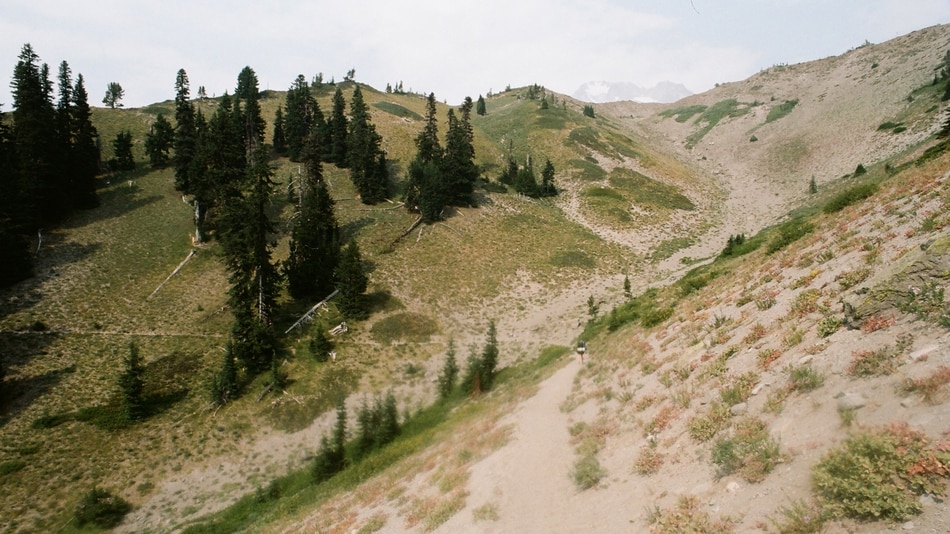 We Hiked the Reopened Timberline Trail That Circumnavigates Mount Hood. It's a Beast.

Not Ready For a 40-Mile Hike? Try These Bite-Sized Chunks of the Timberline Trail

Gorge No More: Sites And Hiking Trails Damaged By The Eagle Creek Fire 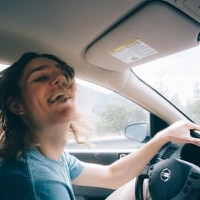 About Joe Riedl
Become a Friend of Willamette Week.