On Jan. 1, the Eagle Creek Trail―the epicenter of the devastating 2017 wildfire that burned 49,000 acres of the Columbia River Gorge—welcomed back hikers for the first time in three years. Photographer Wesley Lapointe revisited on a stormy reopening weekend. Below, he tells us what it looked like. Then, he shows us.

"The Eagle Creek Trail was just as beautiful as I remembered from the last and only time I hiked it—the morning of Sept. 2, 2017, just hours before it caught fire. Although there were, admittedly, more obstacles blocking the muddy path.

After the bottleneck of vehicles in the parking lot, the trail itself provided a handful of points where lines formed, as hikers moved single-file over, under and through various hazards. The already treacherous path was blocked by fallen trees, rock slides and at one point a 15-foot-wide quick-moving stream, which hikers had positioned a log across. Most of these hazards were mere speed bumps, although one or two definitely had the potential for a misstep to send hikers down the steep hillside.

The trail's famous ending, Punchbowl Falls, was swollen from winter rains and moving incredibly fast. Along its narrow and slippery banks, as well as on the rest of the two-way trail, there were many sections where hikers had to pass each other in close proximity. While about 70% of people wore masks, this still was the most crowded hike I've been on since the beginning of the pandemic." 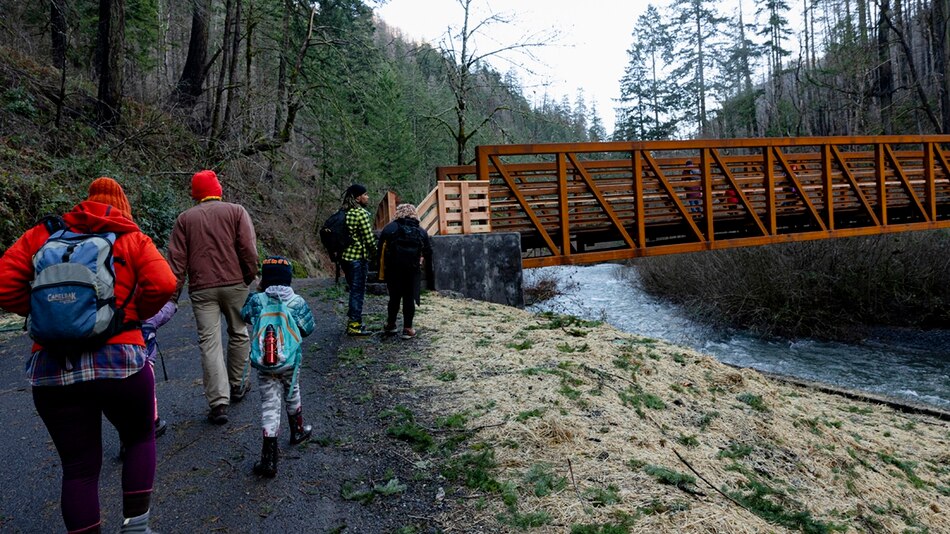 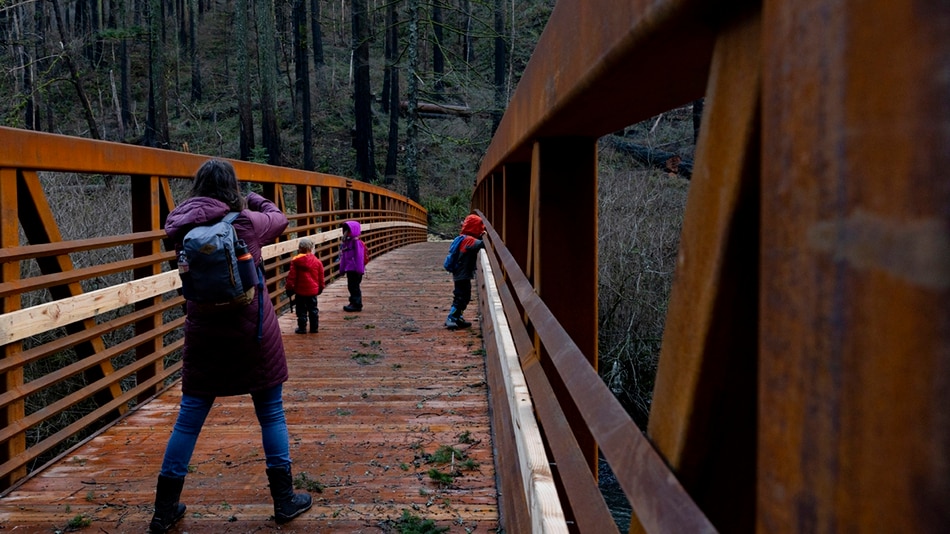 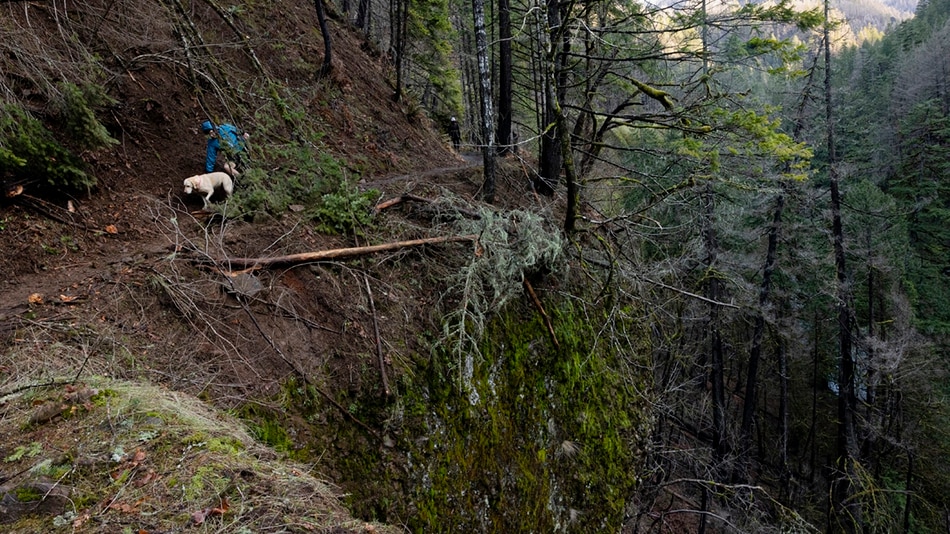 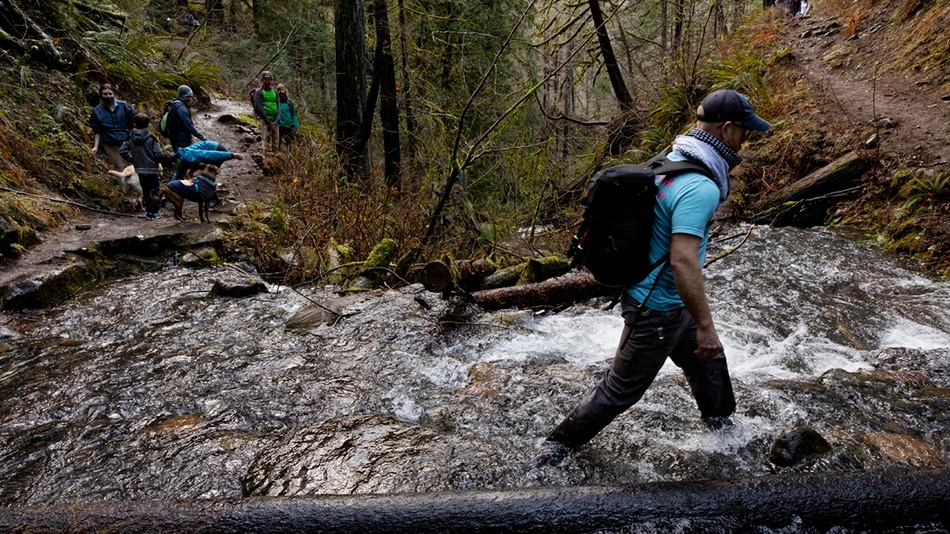 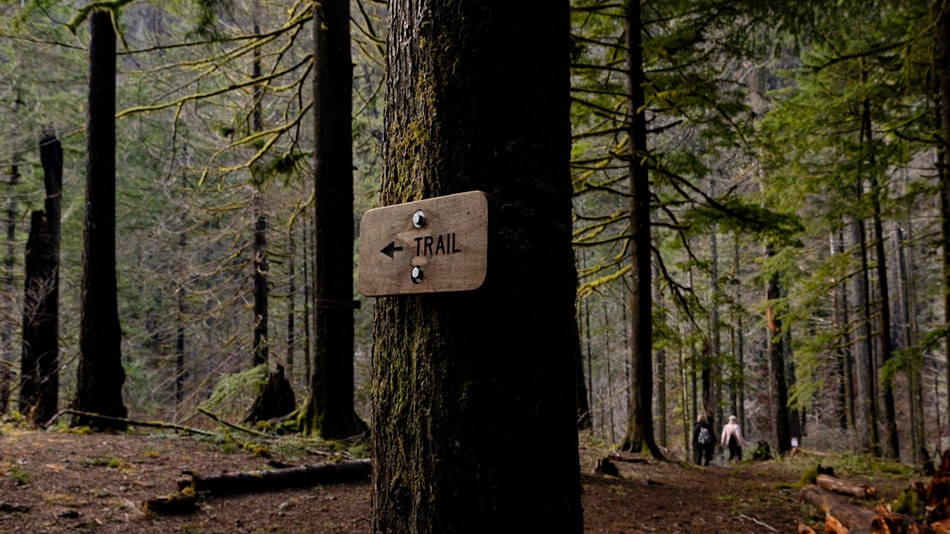 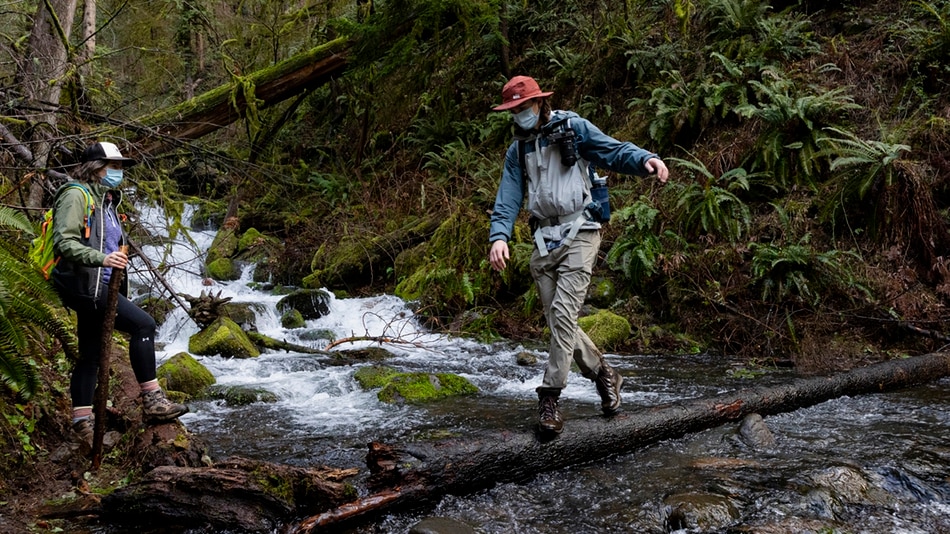 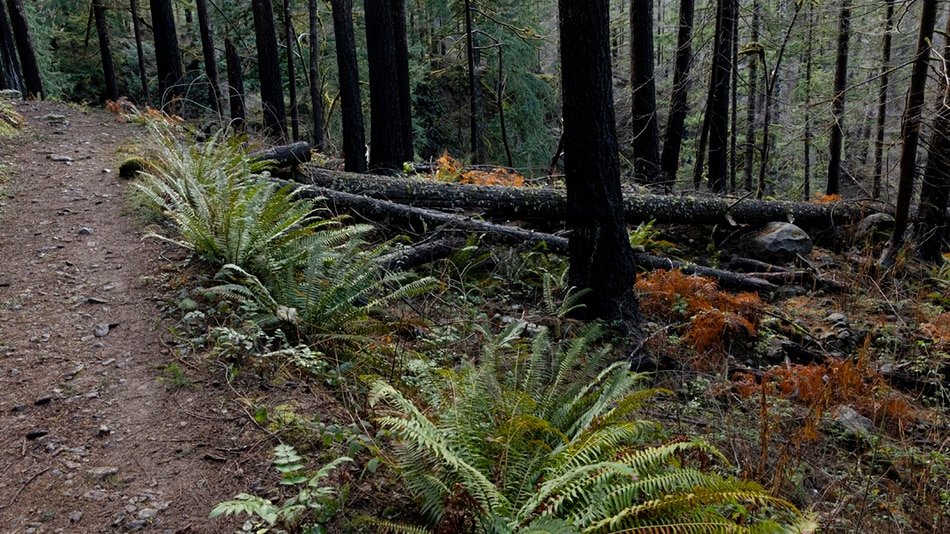 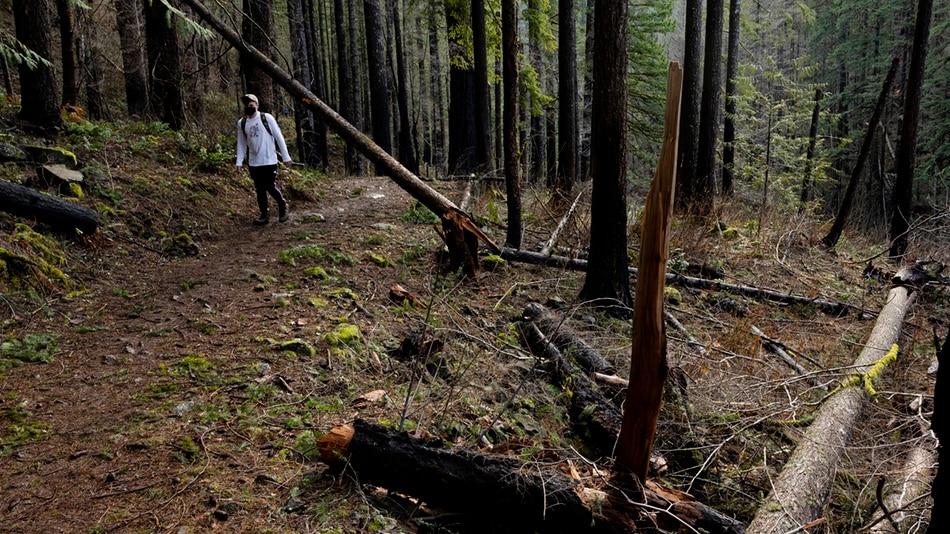 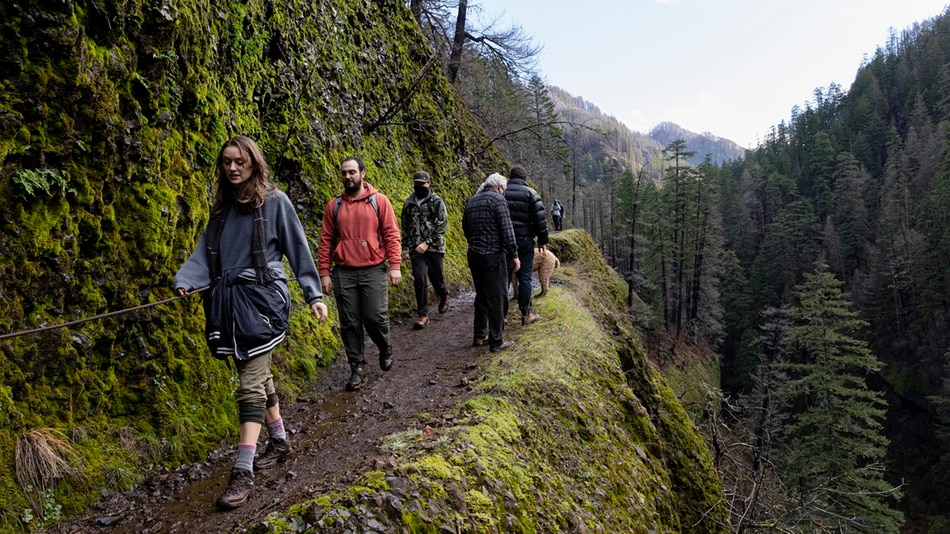 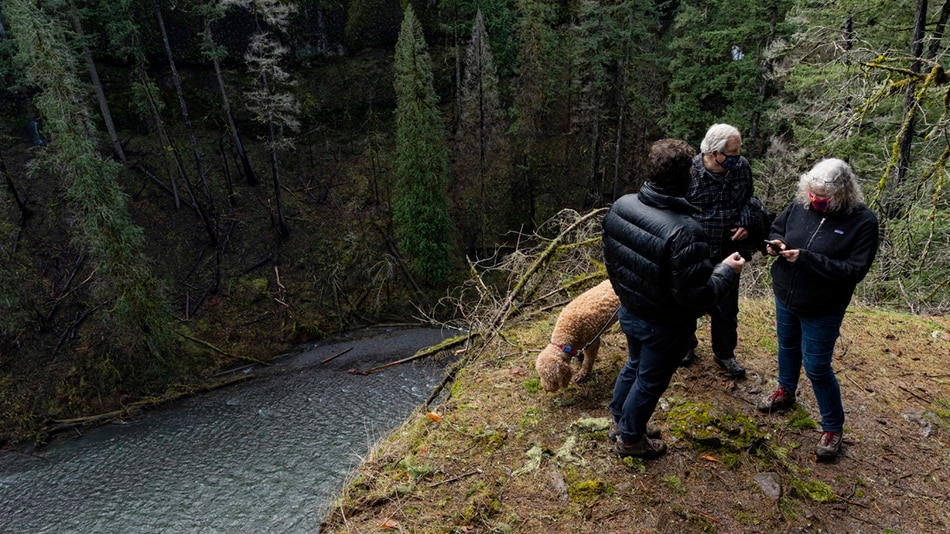 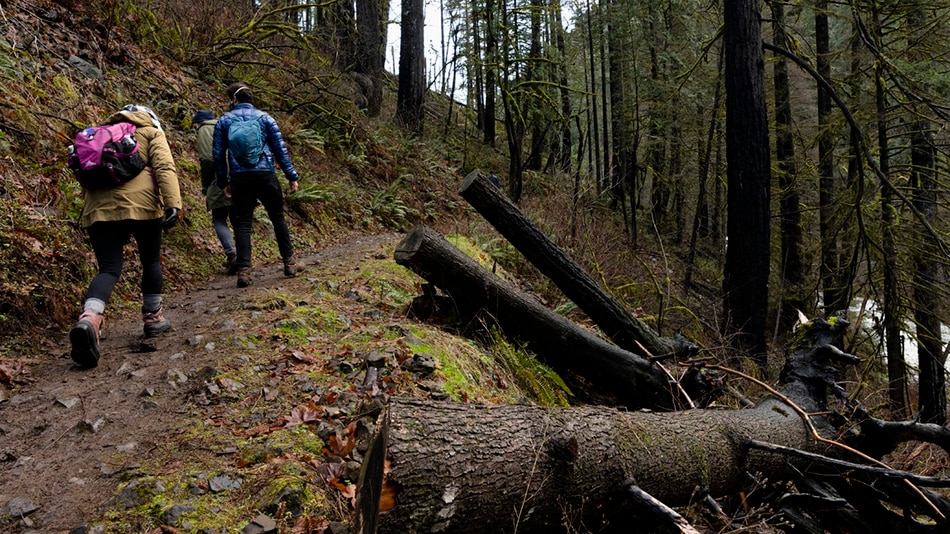 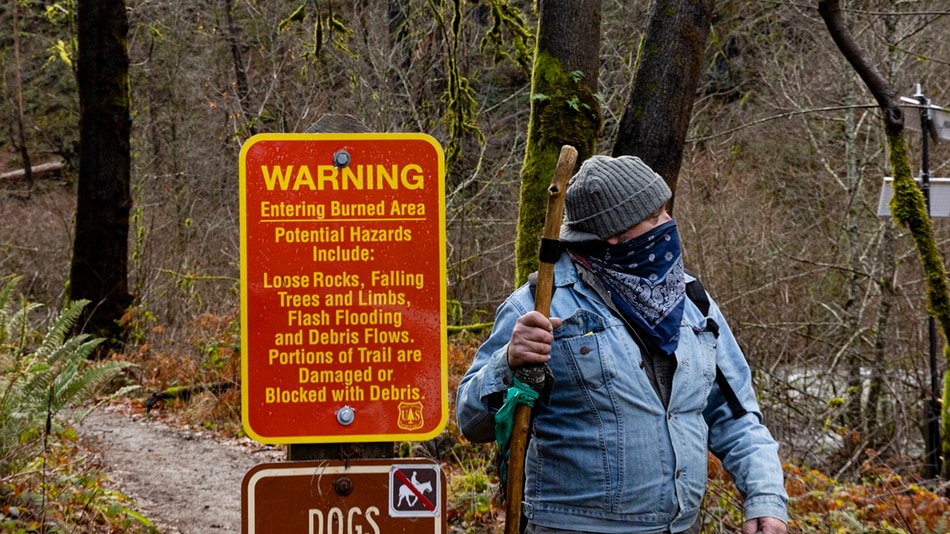 Wesley Lapointe grew up in Maine, and moved to Portland in January of 2019. He quickly jumped on the Trailblazers wagon, but was less eager to get on the 7-months-of-rain wagon. Catch him sprinting after busses without spilling his coffee.