Many striking images have come out of the recent wave of Black Lives Matter protests, but one in particular produces a lump in Kamelah Adams’ throat.

The photo shows a sea of black-clad demonstrators marching shoulder to shoulder across one of Portland’s bridges. A man stands at the front, linking arms with two women on either side of him. It’s the message emblazoned on his top that stands out most: “Make Racism Wrong Again.” 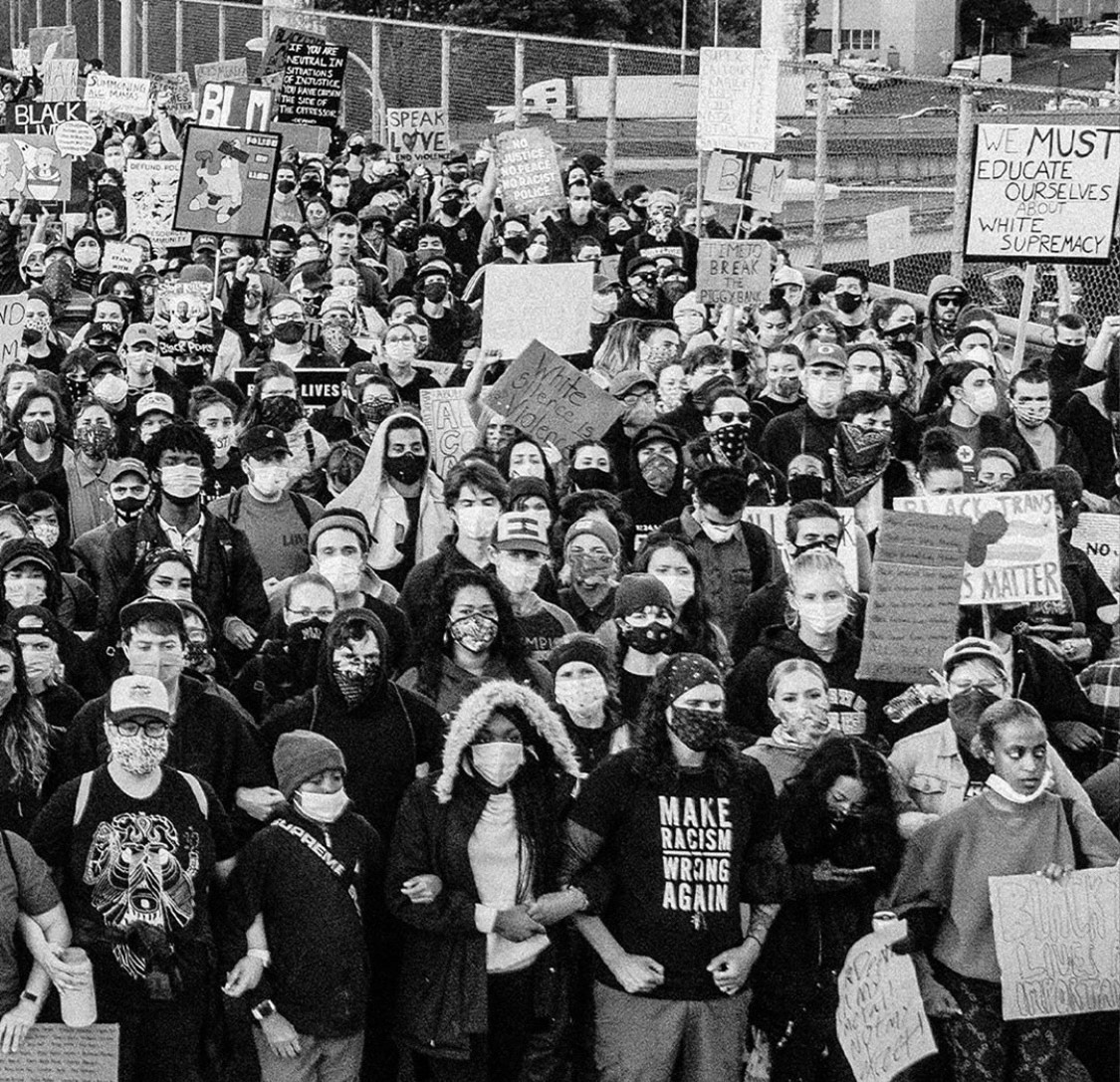 It resonates deeply with Adams for two reasons. First, her teenage daughter was one of the people he fastened elbows with. And second, Adams made the shirt.

“It just brought tears to my eyes,” says Adams. “It was beautiful because he didn’t know that he was next to my daughter and he was wearing my shirt.”

In the past two months, many advocates for police reform and racial justice have turned to Adams’ business, Mimi’s Fresh Tees, in order to use their torsos to make a statement, whether it’s “Well Behaved Women Rarely Make History” to “Racism Is the Pandemic.” 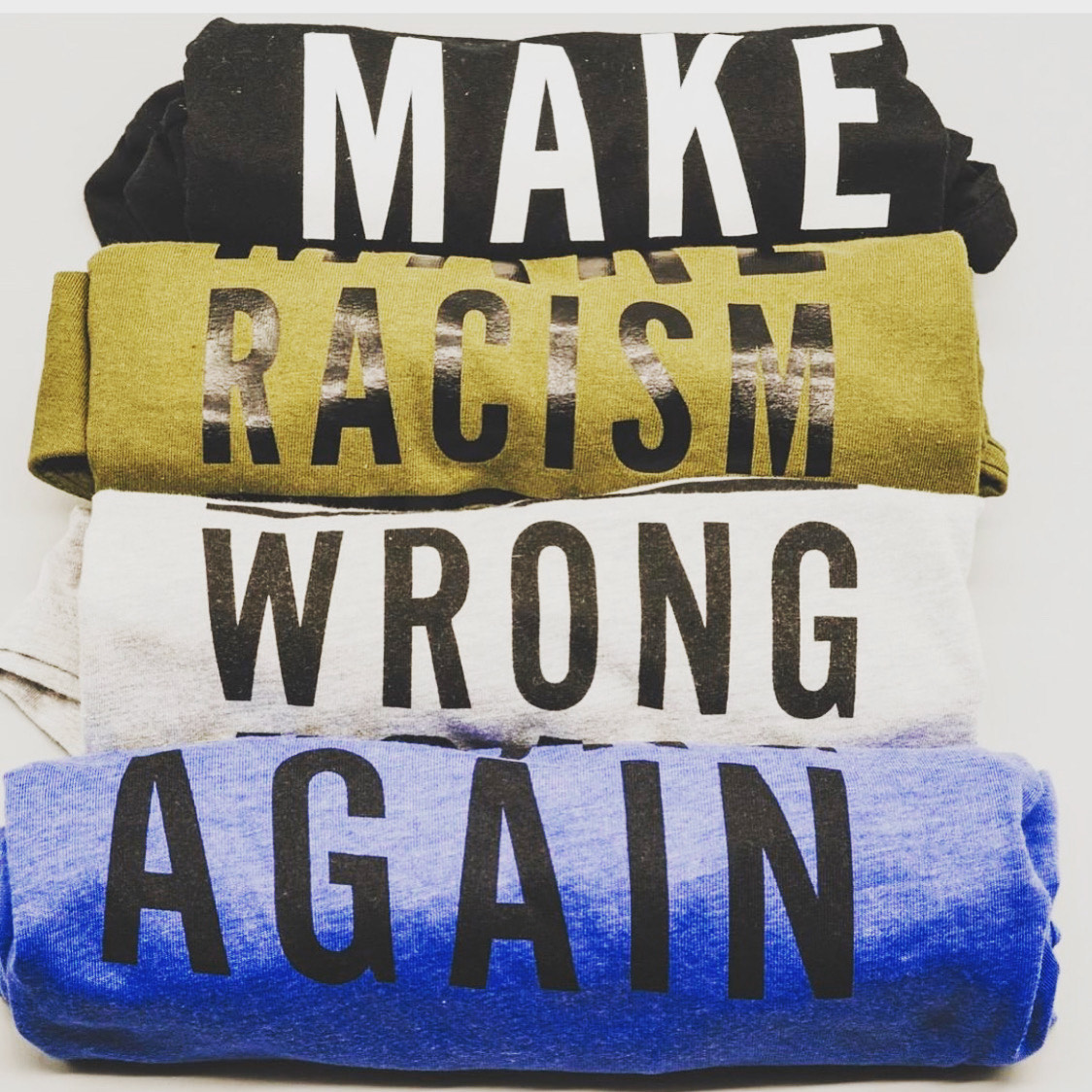 Adams, who has over 10 years of experience as a visual merchandiser for a Portland retailer, first fused her love of graphic design with social activism in 2018. After witnessing racial disparity and implicit bias at her son’s school, she felt moved to create a shirt that read, “Black History Didn’t Start With Slavery.” She did another custom creation that spoke out against gun violence for the March for Our Lives that same year.

Those initial projects encouraged her to launch a full-fledged business, which has taken off in the past several months, with her shirts becoming ubiquitous at local demonstrations.

“I really want people to make a statement by saying, ‘Make Racism Wrong Again’ or ‘Unity’ or ‘Be Kind,’” she says. “I want people to use my shirts as a billboard for the message they want to get across and start a conversation.”

Andi Prewitt is WW's Assistant A&C Editor. She writes about Oregon’s trifecta of fun: craft beer, food and the outdoors. A native Oregonian, Andi’s claim to fame was being named Princess of Newberg. It’s all been downhill from there.