He makes some of the best bottle-conditioned bubbles in the state—farmy, pinkish sparkling pinots that challenge traditional notions of what Oregon pinot can be.

Dan Rinke leads a double life. By day, he's the winemaker and vineyard manager at Johan Vineyards in Rickreall near Salem, one of Oregon's premier biodynamic vineyards and home to the grapes squeezed by many of the winemakers featured in this issue.

But Rinke's labor of love at his nearby Roshambo ArtFarm—a rock quarry, music venue and working farm, with orchards in Willamina—might be even more interesting. Together with his wife, Kim Hamblin, who creates the distinctive hand-cut labels, Rinke, 40, has run a tiny-production wine and natural cider outfit called Art + Science since 2011. 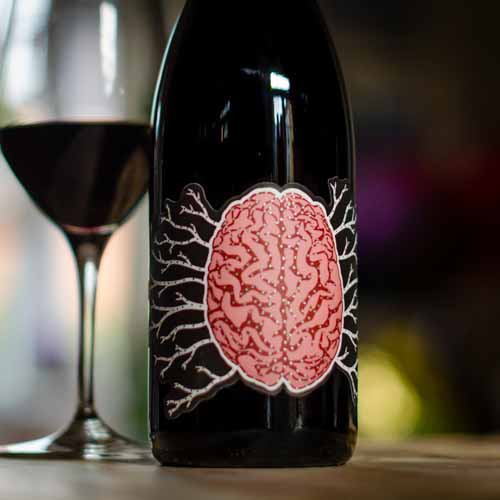 Rinke is a special hybrid, at home in both vineyard and cellar. After getting excited about wine while working as a bartender in Milwaukee, Rinke nearly attended school to study winemaking, but had his mind changed by legendary French winemaker Michel Chapoutier at a dinner.

"He suggested that I change my major and learn to grow grapes," Rinke says. "The very next day, I did just that."

Rinke's wines at Art + Science are the result of long-acquired knowledge, both school-taught and experiential. He makes some of the best bottle-conditioned bubbles in the state—farmy, pinkish sparkling pinots that challenge traditional notions of what Oregon pinot can be. And his ciders are glorious, cloudy, complex dry elixirs that taste miles away from most candy-bombed American ciders. As important as Johan Vineyards is to wine in Oregon, Art + Science is the most personal reflection of Rinke's artistry. I can't recommend these wines enough.