He has an excellent high-end pinot noir, but you get the feeling his heart is in the cheaper bottles he sells for about $20.

Scott Frank moved to Portland after witnessing the twin towers fall in Manhattan on 9/11. "I was on the 47th floor of a skyscraper that day," he says. "I watched that shit in real time live."

After being jobless and "bottoming out," he says, he bluffed his way into a job at the wine department of New Seasons Market, then worked harvest at the influential Cameron estate winery in Dundee. "I never aspired to this, or had any point in my life where I desired to be in the wine industry," he says. "But then I quickly realized that wine was one of those things in life that you could dive into and not touch the bottom."

Frank—who looks like an indie-rock DJ and is married to Dana Frank, owner of the city's hottest new wine bar, Dame, on Northeast Killingsworth Street—makes his Bow & Arrow wine deep in the basement of the Bindery on Northeast Sandy Boulevard. He has an excellent high-end pinot noir, but you get the feeling his heart is in the cheaper bottles he sells for about $20.

Related: Dame Is the Most Hotly Anticipated Wine Spot Portland's Seen in Years

"I didn't drink much Oregon pinot when I moved here because I couldn't afford it," he says, "and the pinot I could afford was not good. I discovered that I could drink the best producer in Muscadet every day for $20 or thereabouts."

So he drank his way across France in the New Seasons wine section, getting stuff better and cheaper than the pinot grown just up the river. That informs what Frank does at Bow & Arrow, which makes wines of the people, ready to drink now, and at a price they'd be willing to pay at the corner store.

"People here like me can be what I call 'scrappy négociants,'" he says. "You buy a little fruit, you rent a little space, and you're a winemaker. The obstacle of entry has been lowered, and that's only going to continue. I think the Willamette Valley is the best growing region in the United States. I think it has the potential to make the kind of wines I want to make, without dicking around."

Drink this: Bow & Arrow's Rhinestones is a blend of pinot noir and gamay sourced from Johan Vineyards, with which Frank has a long-standing relationship. Modeled on the wines of Cheverny, in the Loire Valley, the $20 wine is at once complex and nuanced yet simple, and begging for a place at the dinner table. 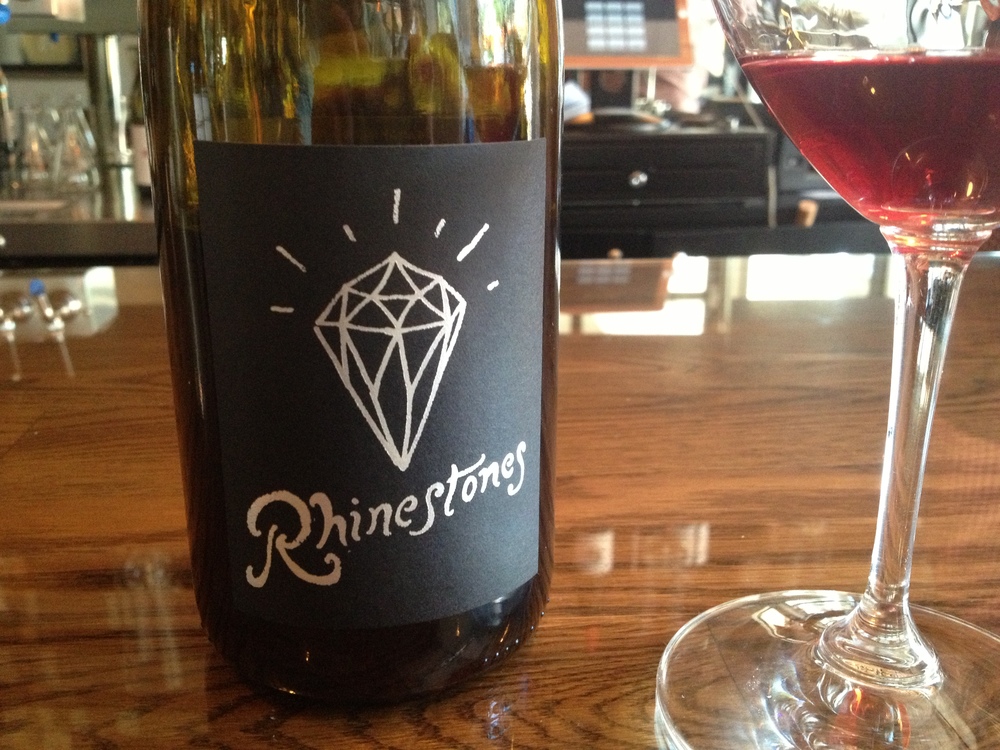