Cowhorn is a Southern Oregon Rhone ranger—biodynamic and unafraid.

Cowhorn is a Southern Oregon Rhone ranger—biodynamic and unafraid. Its savory, funky Spiral 36, a viognier-roussanne-marsanne white blend, is a glorious changeup.

Cameron produces Burgundian indigenous-yeast wines, made to age and, for the most part, priced like it. But some bottlings, like the Friuli doppelgänger Giuliano and Radikon-tribute pinot gris, are in a more approachable price range. Winemaker John Paul is enormously influential and was mentioned by many of the featured winemakers in this issue.

The motto of Fossil & Fawn winemakers Jim Fischer Jr. and Jenny Mosbacher is "get weird, suck less." Their standout wines include a skin-contact pinot gris and a weird and wild pinot noir-chardonnay blend called "Do Nothing." 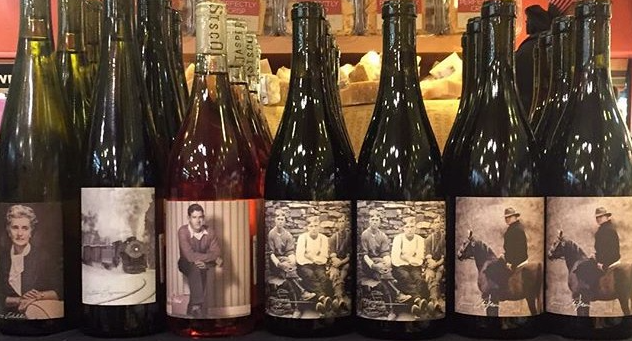 This exciting young wine label is moving into its  own facility following a stint at Southeast Wine Collective. Jasper Sisco uses mostly Washington grapes, and makes an intriguing range of rosé wines.

I've been hating on pinot noir a bit in this piece, but Kelley Fox makes lovely Oregon pinot in a soft, perfumed style evocative of Volnay. Early vintages are just starting to sing, and in five years this could be the best pinot noir in the state.

Arguably more famous outside Oregon, this roaring new winemaker is pushing boundaries with an impressive range of rieslings grown from our state's soil.