“Oregon wine is out of the safe period,” he says.

Somewhere between a Didier Dagueneau "wild man of the Loire" and a total hesher who likes listening to Black Sabbath in the auto shop, Teutonic's Barnaby Tuttle seems larger than life.

In his little industrial warehouse off Southeast Powell Boulevard, he's as likely to pour a can of Rainier as he is a white-hot "riesling rocket fuel" eau de vie. Tuttle's newest bottle of wine—an electric-orange gewürztraminer spiked with pinot noir—is probably the most singular Oregon wine we drank last year. 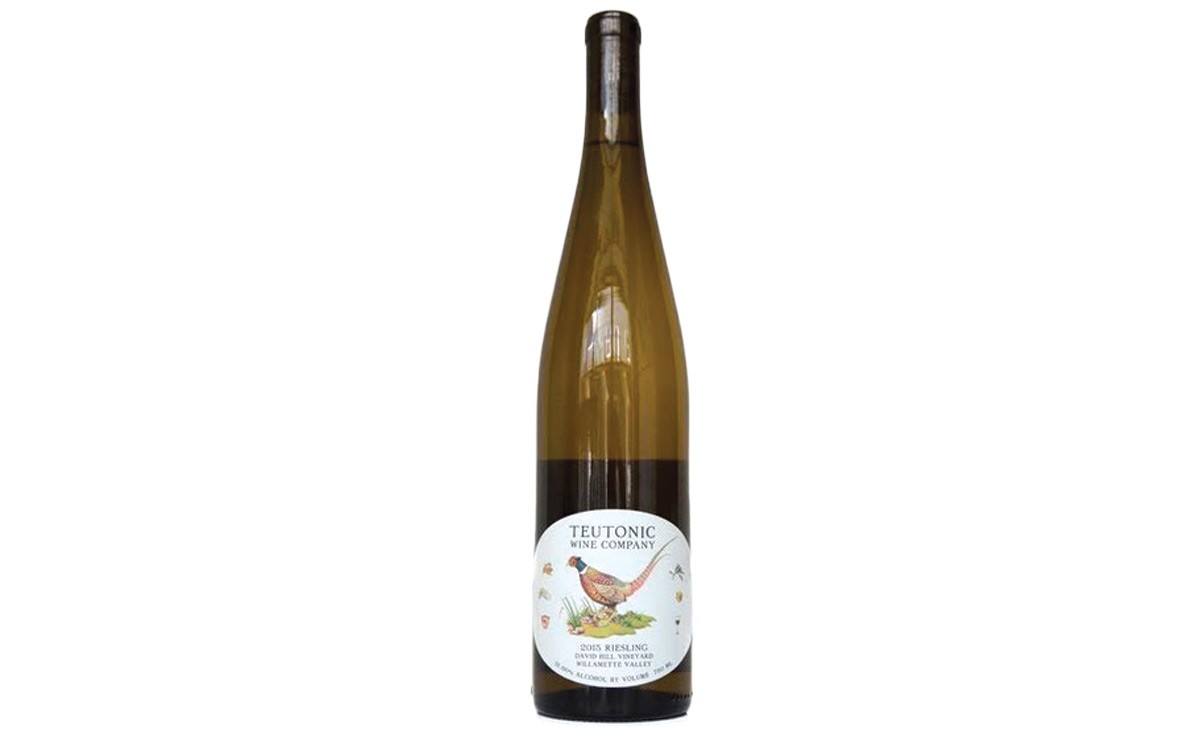 "I've got the full fucking deck of cards in my background," says the 49-year-old North Portland native. "I worked in restaurants, back of house, worked in a wrecking yard, was an ironworker." But the light bulb went off when he was forced into wine classes while working at Sellwood dessert spot Papa Haydn. "I was like, 'You mean that Frasier Crane shit is real?'"

Tuttle never looked back. "A year later, I was the wine buyer for Papa Haydn," he says. "A year after that, I needed to buy some riesling, and so I called this guy who brought in 14 German rieslings. I came home after that tasting and told [my wife] Olga, "I have to quit my job and learn how to make this."

None of it would work without Olga Tuttle, who runs the business and oversees nationwide distribution of Teutonic—more than half of which ships to eager wine buyers in California, New York, Minnesota and Texas. The specialty of the house is riesling from cold-weather sites in the Willamette Valley, inspired by the Tuttles' obsession with (and partnerships in) the Mosel Valley in Germany.

But Barnaby Tuttle's style, like Tuttle himself, veers madly—his wines may include riffs inspired by Basque Country, eastern Italy, Switzerland, or Spinal Tap.

"Oregon wine is out of the safe period," he says. "Wine went through a softening here after the traditional pioneers—pinot, chardonnay and riesling have been the wines everyone has been making for so long. I think it'll keep popping off. I wouldn't be surprised if Felipe, the bartender here, starts making wine. Our assistant winemaker makes wine. The genie is out of the bottle—it's not going to stop."

Drink this: Teutonic's range of bottlings is many-splendored, from riesling to light, clean takes on pinot noir in a German style—deep, blood-red wines with lots of teeth from Southern Oregon grapes—to Oregon homilies to wines from lesser-loved grapes like gamay and pinot meunier. Point at whatever looks good and drink it.