Hales said O'Dea—who shot a friend on a camping trip in eastern Oregon in April, and then gave conflicting accounts of the incident—had been the subject of a "trial by media." The mayor then spent a great deal of the one-hour press conference showering accolades on him. 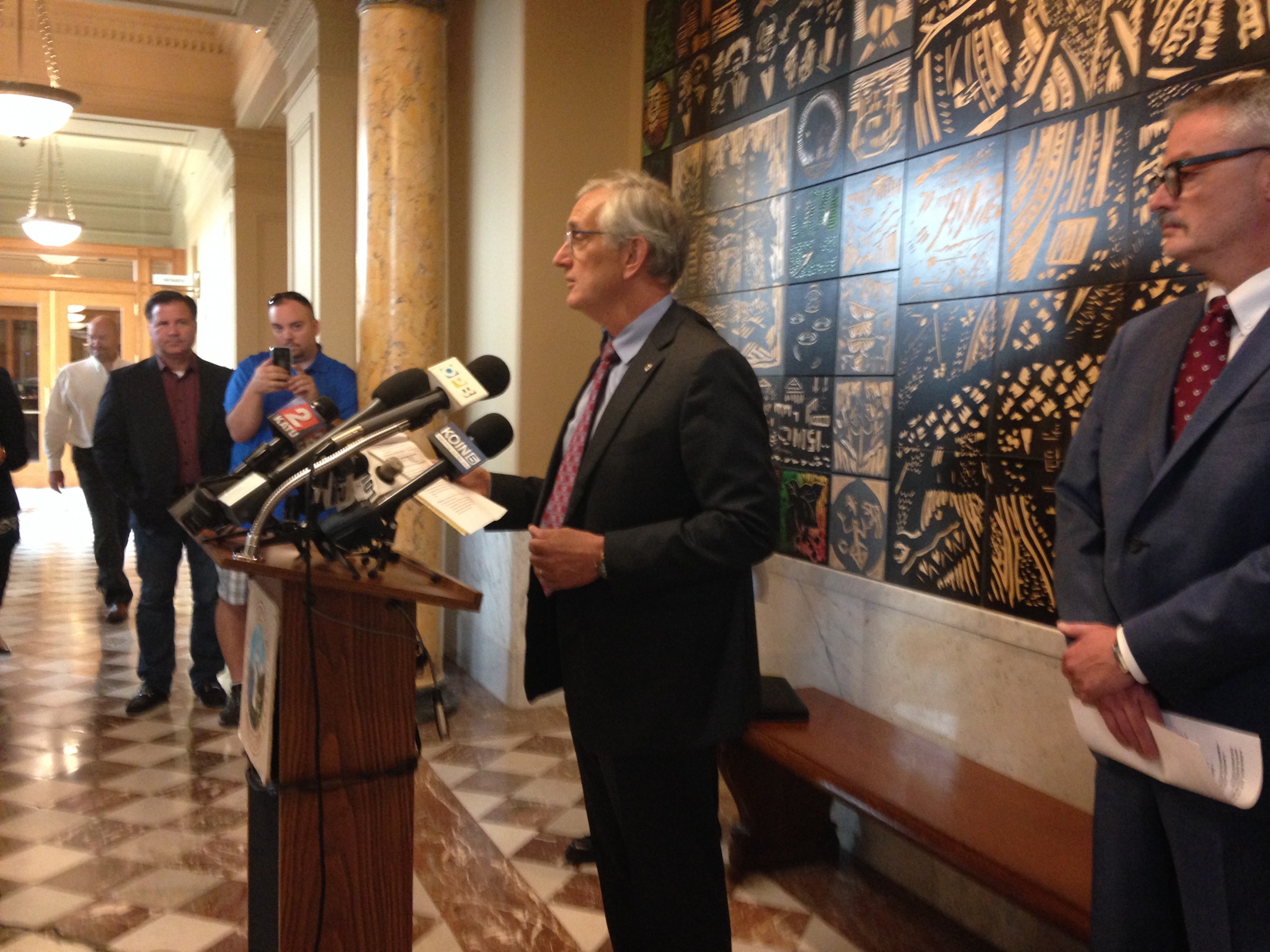 Hales declined to directly answer many questions at the press conference, including what role the U.S. Department of Justice had in pushing for new leadership at the embattled bureau.

"They are, of course, an important part of our work," Hales said, speaking of federal partners.

Police officers have been fired in the past for lying and officers are nearly always put on leave immediately after being involved in shootings. Officers saw a double standard in the fact that O'Dea told a Harney County deputy April 21 his friend shot himself but later told Hales and PPB command staff he'd accidentally shot the man. And unlike rank and file officers who face criminal investigation, O'Dea remained on the job for weeks after telling Hales he'd shot a friend.

Hales, who named O'Dea chief in in October 2014, only reluctantly placed him on paid administrative leave—a month after the shooting incident, and after WW broke the news of the shooting May 20.

Hales declined to say what specifically had been unfair in past press coverage of the shooting event, saying that would become clear when the investigations conclude.

Hales said O'Dea's retirement was necessary because of the "totality of the circumstances," but he declined to say what responsibility he had for those circumstances, even though he acknowledged he erred when he failed to inform the Independent Police Review of the shooting incident. "I thought the official process was underway," Hales said.

By picking Marshman, Hales made an unusual move. He skipped over O'Dea's top aides, including Mike Crebs, Bob Day, Kevin Modica and acting chief Donna Henderson, who are all under investigation by IPR for possibly violating bureau policies, according to The Portland Tribune. The scope of the investigation is not clear, but it could focus on how none of the four assistant chiefs alerted IPR to O'Dea's shooting incident after learning about it early on.

Mayor-elect Ted Wheeler says he still plans to conduct a national search for police chief after he takes office. "I am confident that Chief Marshman will be a top candidate for the position, should he have an interest in continuing as Police Chief," Wheeler wrote in a statement.

Beth Slovic joined Willamette Week as a staff writer in 2006, returning in 2014 after a three-year hiatus. She covers politics, immigration and more.