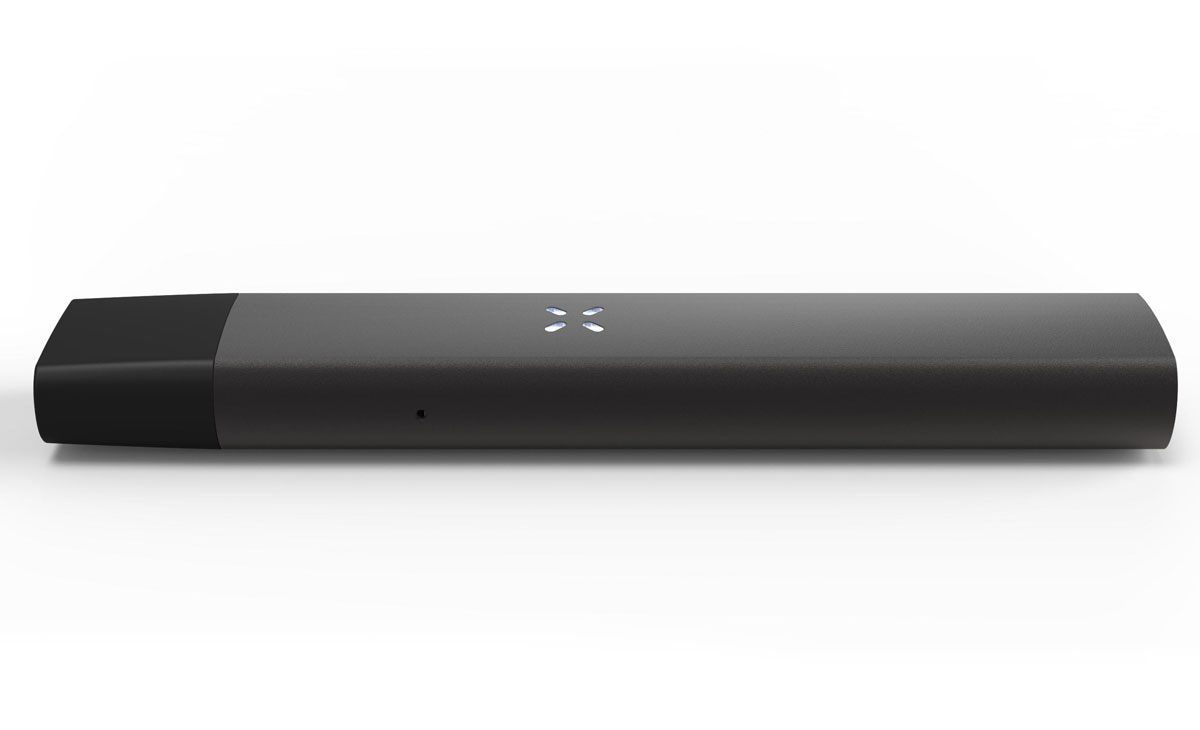 If you've owned a few oil pens, you've probably broken a few oil pens. The thin lithium batteries are so junky they're basically disposable. Most cartridges are poorly made, leaking oil onto their threads or out the top into your pocket. Leave it to Pax to wreck the game. You probably know the San Francisco company from its standard-setting line of loose-leaf vaporizers, which remain the gold standard of portable weed vapes, despite an influx of innovative newcomers. Now, Oregon finally has Pax's newest product, the Era. A year after rolling it out in Colorado and California, Pax has partnered with Oregrown, the excellent Bend-based extractor, to produce pods that fit Pax's sleek little pen. The best compliment is that there's so little to say about it. The Era charges via micro USB, has a simple light system to tell you how charged it is and clips together with rectangular cartridges about the size of a bottle cap. It just works. The oils are tasty and provide the desired effects. The battery will last through a weekend music festival. Most importantly, the cartridges don't leak or get gummed up. Pax has done what Pax does—build a better mousetrap. 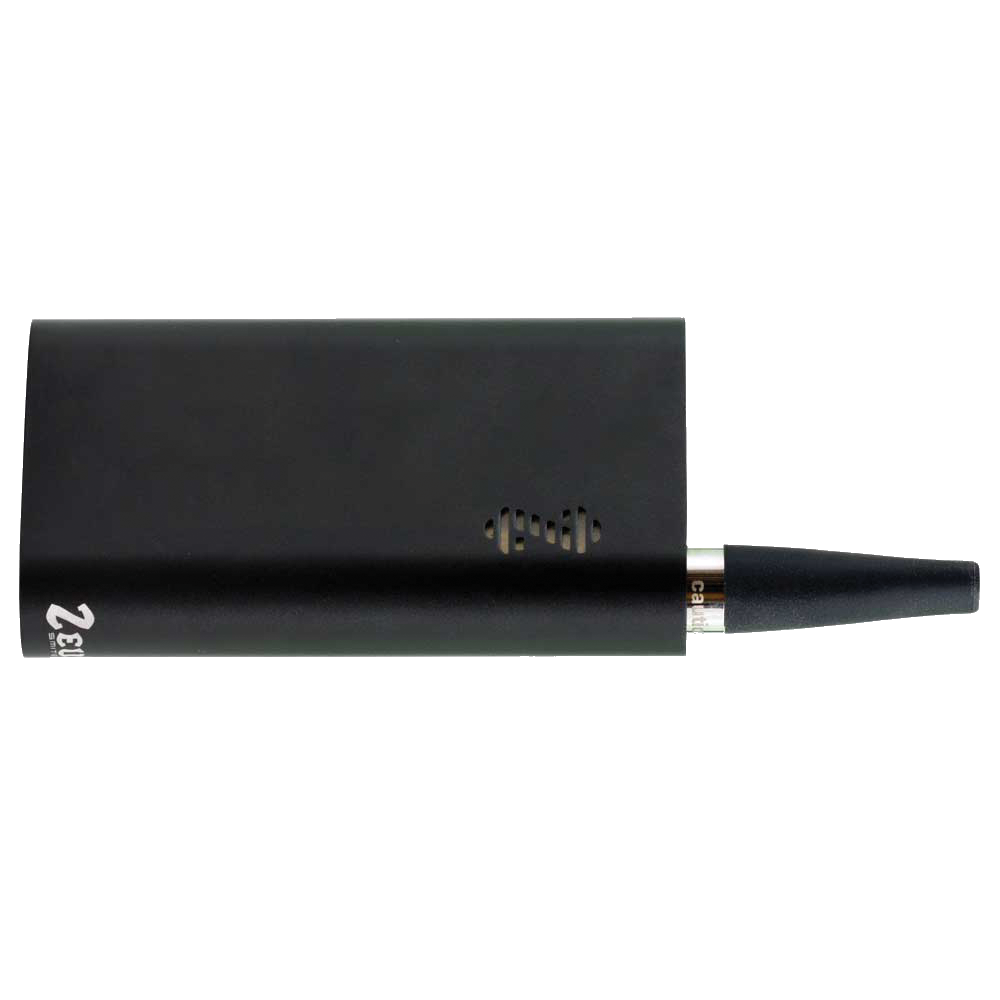 The first edition of the Zeus Smite impressed with its biggest-in-class battery, large oven and its shape, which mimics a box mod vape and thus manages to be sneakily discreet. The market has evolved in the past two years, and the newest edition makes some key improvements while keeping that huge battery, soft mouthpiece and reassuring heft. Rather than choose from just a few temperature settings, you can now adjust up or down by degrees and see the results on a tiny LCD screen. The other really nice feature is a light above the oven—something it's surprising no one else has done. No more fumbling around trying to shine your phone flash on the vape while packing the oven on the porch.

Nova Decarboxylator by Ardent
$210 at ardentcannabis.com

Back on page 27, we dig into decarboxylation, a necessary skill to master if you want to eat weed or efficiently cook with your store-bought flower. We also provide instructions for decarbing at home that involve putting your stash in the oven for a little under an hour. If that sounds sketchy, that's because it is—you can and will burn your weed if you don't pay attention and stir frequently. So if the prospect of failure scares you and you have some extra money to spend, you'd be wise to look into the Nova Decarboxylator by Ardent. It makes preparing decarbed weed for edibles stupidly simple. You just load whole, unground buds into a little machine that looks like what would happen if Kirkland made a Fleshlight, plug the thing in and then wait an hour or two until the operating light turns from red to green. The main benefits are the Nova's risk-free ease of use, efficient (better than your oven) THCa-to-THC yield and automated, science-minded heating cycles that won't degrade the very cannabinoids and terpenes you're looking to harvest.

This "botanical extractor" is part Crock-Pot and part blender—you can infuse any herb to make bug repellent, shampoos, rosemary olive oil or whatever else you'd otherwise pick up at Saturday Market. It also offers a very easy way to make your own cannabis butter. Just add one cup of butter for every 7 to 14 grams of marijuana and one tablespoon of lecithin. You place it all in the machine, set the temperature to 200 degrees for two hours and push a button. After two hours, we opened the machine to gooey, brown syrup and poured the mixture into a silicone tray that shaped it into sticks of butter (sold separately) and let it sit. The butter will harden in a few hours, but you'll need to refrigerate it to get a really buttery consistency. Then just make whatever you'd make, but with weed butter instead of regular butter. It doesn't get any easier than that.

Green Jay
$20 at Amazon.com and some Portland shops

You probably don't need a high-grade aluminum case to hold your jazz cigarettes during transit. Truth be told, those simple plastic tubes that pre-rolls come in at the dispensary do pretty much exactly what you need, and if you need a case for your own rollies, you can just save one. But if you want the extra peace of mind that comes from storing your j in an airtight tube that can probably withstand being run over by a small sedan, you now have that option. Green Jay is the company behind these tubes big enough to hold a fatty but small enough to look like a pen. Get these on shelves, guys. They also sent us a small, disc-shaped induction lighter, which recharges by USB and which we never knew we needed until we owned one.

Nifty low-dose disposable vapes first caught our eye about two years ago. The Quill, which gives about a milligram per puff, is one of our all-time favorite cannabis products. But if that tiny buzz is still too much, and you just wanna relax, check out the CBD line from Portland-based Select. Just suck air and these buttonless teal tubes instantly bake up a little chillaxing CBD vapor. They come in three types, based on the other essential oils added to each: lavender-flavored Relax, minty Focus and citrusy Revive. The grapefruit-enhanced Revive has served us well, making an evening of beers with friends even more relaxed.

Chances are, you've encountered a product designed by Edward Kilduff—at a dinner party, if not in your own kitchen. Kilduff is the designer of the Rabbit corkscrew and the Evak coffee container, both mainstays of Bed Bath & Beyond, winners of design awards and staples of Portland pantries. At this point, "beyond" doesn't go quite far enough to describe Kilduff's newest line of innovative storage containers. But Kilduff's lineup of Pollen Gear cannabis storage containers, which are childproof and airtight, is a big step up from pill bottles, Ziplocs and Mason jars. Hardcore heads are likely to appreciate the line of heavy-duty glass jars, which have a reassuring heft and keep your herb field fresh.

Welcome to the Harvest Issue 2017

The 17 Cannabis-Centric Events We're Most Excited About This Fall

How Oregon's Cannabis Industry Plans To Keep Wealth Here, and Help Right the Wrongs of the Drug War

Here's a List of Some of Our Favorite Cannabis Bargains

Matt Stangel has written about art, music, and culture in Portland for nearly a decade. He's a longtime cannabis enthusiast and is here to help you find the very best weed Oregon has to offer. When he's not writing or enjoying the greener things in life, he makes music under the moniker import/import and performs his songs with a band called No Pho