Bailey’s Taproom is still the best and most popular beer bar in downtown Portland, with 25 hand-selected taps stocked with the rarest, newest and most-desirable pours.

There are only six taps at this utilitarian, picnic-tabled hop haven, but everything on them is utterly beautiful. A recent trip featured five varieties of righteously fresh IPA, ranging from clear West Coast to cloudy New England and offset by a rare and syrupy barrel-aged stout with coffee that would have been the recommended pick anywhere else in town. Sadly, owner and beer buyer Jackson Wyatt is soon departing for Camas newcomer Grains of Wrath. R.I.P, bruh.

Bailey's Taproom is still the best and most popular beer bar in downtown Portland, with 25 hand-selected taps stocked with the rarest, newest and most-desirable pours. Explore during off-peak hours—that's when the knowledgeable staff have time to lead you to the right pour on the digital taplist, and when you won't have to box out newcomers eyeing your table for the burritos delivered from Santeria across the alleyway.

The biggest little secret in the Portland beer scene is accessed by a door in an alleyway just behind Bailey's Taproom, where a set of stairs brings you into a magically quiet second-story beer bar that has been the protected Masonic Lodge of local beer nerds for years. This Bailey's-run hideaway is stocked with cellared selections for on-site consumption, and is where you're likely to find six of the most amazing draft pours in town. 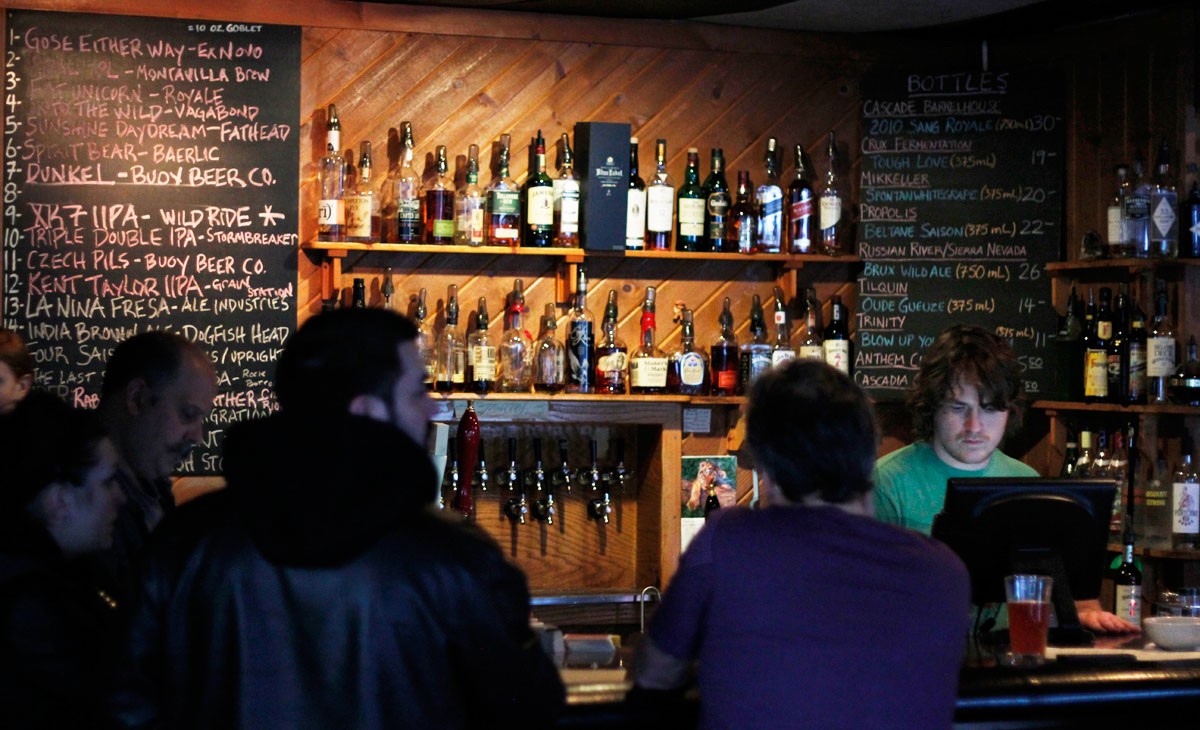 Montavilla's now decade-old taphouse is loveable hodgepodge of many great things. It's a pool hall, lottery bar, pinball hangout, Creole restaurant and order-in sushi spot, and it has 20 stellar taps. We highly recommend the themed monthly "Beer Summits," which are carefully curated to showcase the best of styles and regions.

Belmont Station is half 1,000-deep bottle shop, half beer-geek haven encapsulating the spirit of Old Portland—the rare beer bar featuring a deep-sourced 20 taps that also likes bar dwellers enough to support smoking out back till the county made them stop. Almost all of the bartenders have been there a while: They know their stuff, and between fast sprints to the taps they might even talk some shit. The Monk's Deli cart is parked out back, and you can order those kickass Philly sandwiches from the bar.

Downtown Vancouver is undergoing a renaissance of sorts. Hence, this new beer bar in the former office of accountant Tilden W. Randall, which had been empty since his passing the '60s. Grab a pint from the slightly-too-conservative tap list and climb the stairs to the lounge, an inviting treehouse with soft light and leather couches.

Well, hold the goddamn phone. Craft Pour House might be Beaverton's first true nerd-out beer geek bar. In a nondescript, almost Orange County-style mini-mall, near-unknowns like the excellent Snipes Mountain meet up with funny experiments like a fresh-hop sour from No-Li, a triple-Brett barrel-aged mead from Nectar Creek, and a Cascade Lakes IPA on nitro—apparently just for the hell of it.

Looking for a limited edition pFriem or Ex Novo beer that's been totally snatched up in the city? Come on out to Progress Ridge, to this little growler fill station in the shadow of Cinetopia, where the list includes little-seen stuff from Red Ox and Ghostfish, along with oddities like a double IPA from Ancestry and Abyss on nitro. This time of year, the long, narrow space is packed-out with people watching sports on TV. Come summer, the patio out back fills with lakeside sippers.

Brendan Greenen—partner at former Fat Head's brewer Mike Hunsaker's forthcoming punk-metal brewery, Grains of Wrath—has made a serious 20-tap growler shop in the former mill town of Camas. If you stay on the north shore of the Columbia, you'll be in Idaho before you find another bar with a selection this good.