To hear Brian Koch tell it, St. Johns has a sister city it's never met. That's his hometown, Glenside, a suburb on the northern border of Philadelphia. It's a town next to a city—a place where the hardware store and the pub are owned by folks from the neighborhood, and where the kids ride bikes to Little League games.

"I was raised dreaming you could have a small business in your neighborhood," he says. "I didn't think St. Johns was possible. Anytime anything opened up, I thought someone's friend was going to find out about it before me."

The way Koch tells it, he lucked into his bar's location—a century-old house he signed a lease on just 48 hours after seeing it. "A unicorn," he calls it.

That's how we feel about Lombard House, the little beer bar he opened in September. Umpty-tap beer bars are opening all over the city lately, but no other one has managed to capture the warm, communal spirit of the Portland beer scene at its best. And yet, Koch's careful attention to the 10-tap draft list, combined with the warmth of his personality and the room, manage to make it a special place. 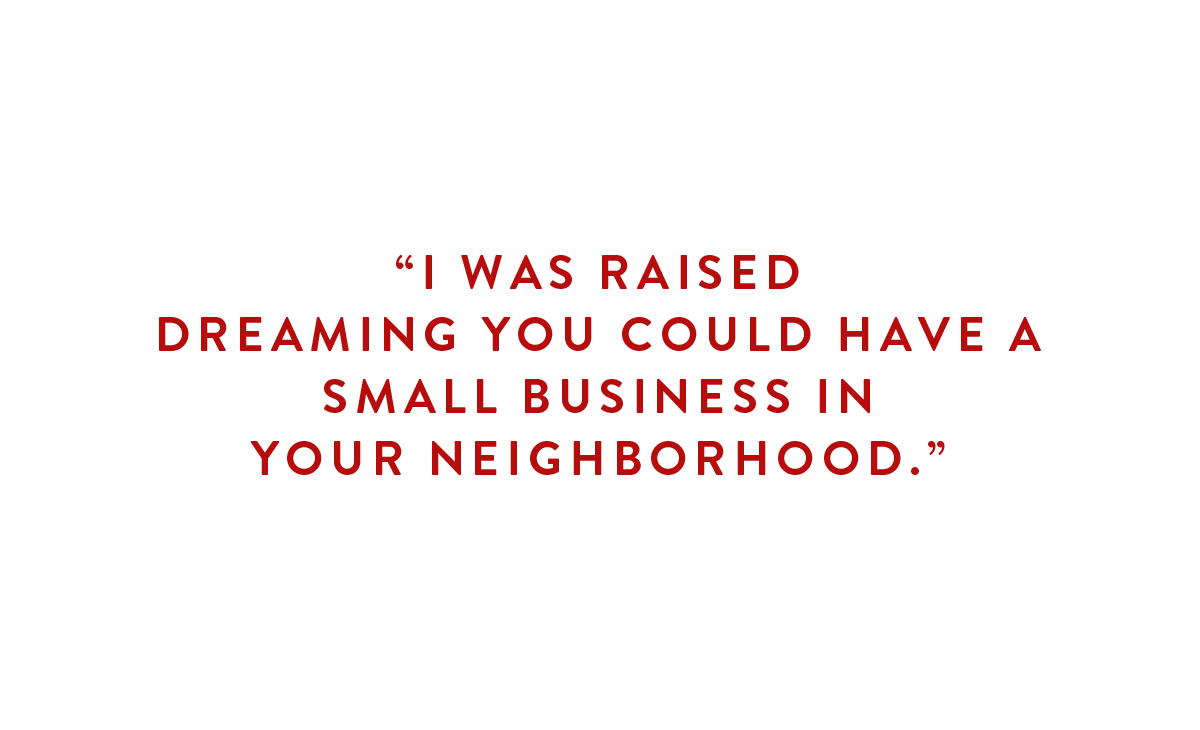 Lombard House is a homey little green space barely as wide as a king mattress, with wood floors and exposed ceiling beams. There are tables, chairs and glasses. To go to the restroom, you have to walk outside and around the deck. That's pretty much it.

"Everyone complicates things," he says, then cites the founder of the legendary Horse Brass on Southeast Belmont Street. "To quote Don Younger, 'It's just beer. It's all about the beer, and it's just beer.'"

Koch knows beer. He worked at breweries back East, then moved to Portland after falling in love with the city on a late-autumn visit. He came out with a plan to go to nursing school, then taught at a school for kids with behavioral problems. Disinterested in working on a master's degree while pushing 40, Koch found his way back into beer.

"It taught me to keep everything really simple," he says. "Running a kitchen, you can lose a lot of money in a hurry. Provide what people are there for."

He goes out of his way to avoid tapping beers sold at the cart-pod bar across the street.

"Instead of competing in any way, all those food carts across the street are stoked that we're here because we give more seating," he says. "I've tried to model my business to actively not compete. Keep a little niche. There's room for everyone."

The community spirit extends to his advertising budget. Koch had $500 to spend, and when a parent from the local Little League approached him to sponsor a team, he didn't hesitate to cut the check for the Lombard House Phillies. The Phillies themselves aren't allowed in, but their parents get happy-hour prices all day on game days.